Shocking CCTV also shows Riccardo Calder, 22, punching and kicking the 24-year-old woman in the car park of a Birmingham pub. 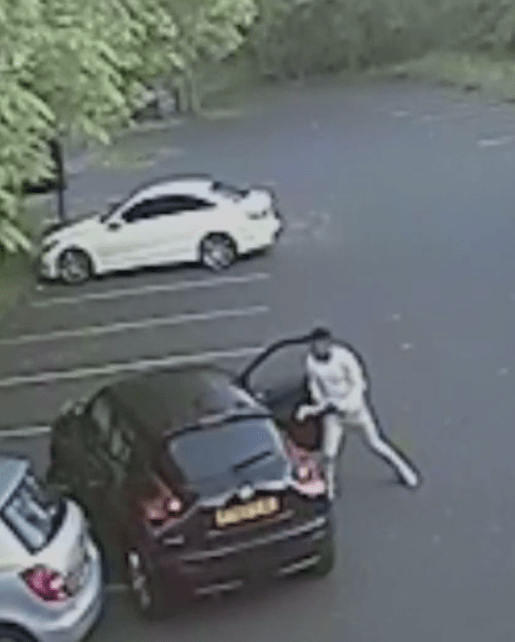 The savage attack started after she drove into his Mercedes.

And although she begged him to stop, Calder continued his onslaught to the extent that the victim worried she had bleeding on her brain.

The mum-of-one was left with a fractured thumb, as well as black eyes and cuts and bruises.

She also suffered flashbacks after the traumatic beating. 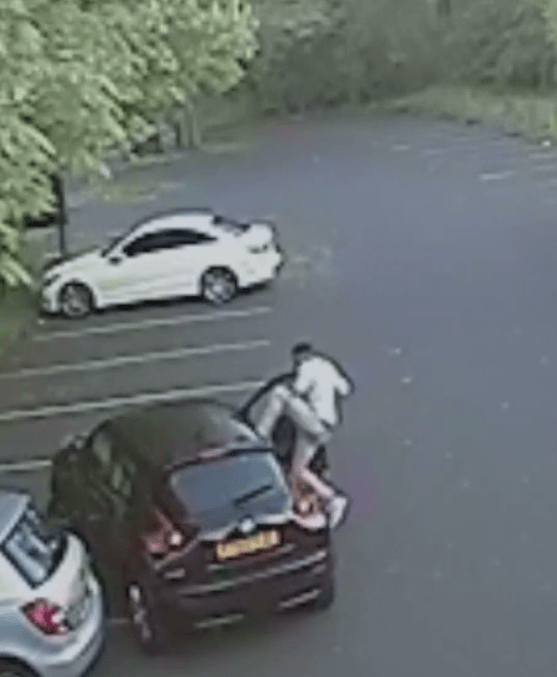 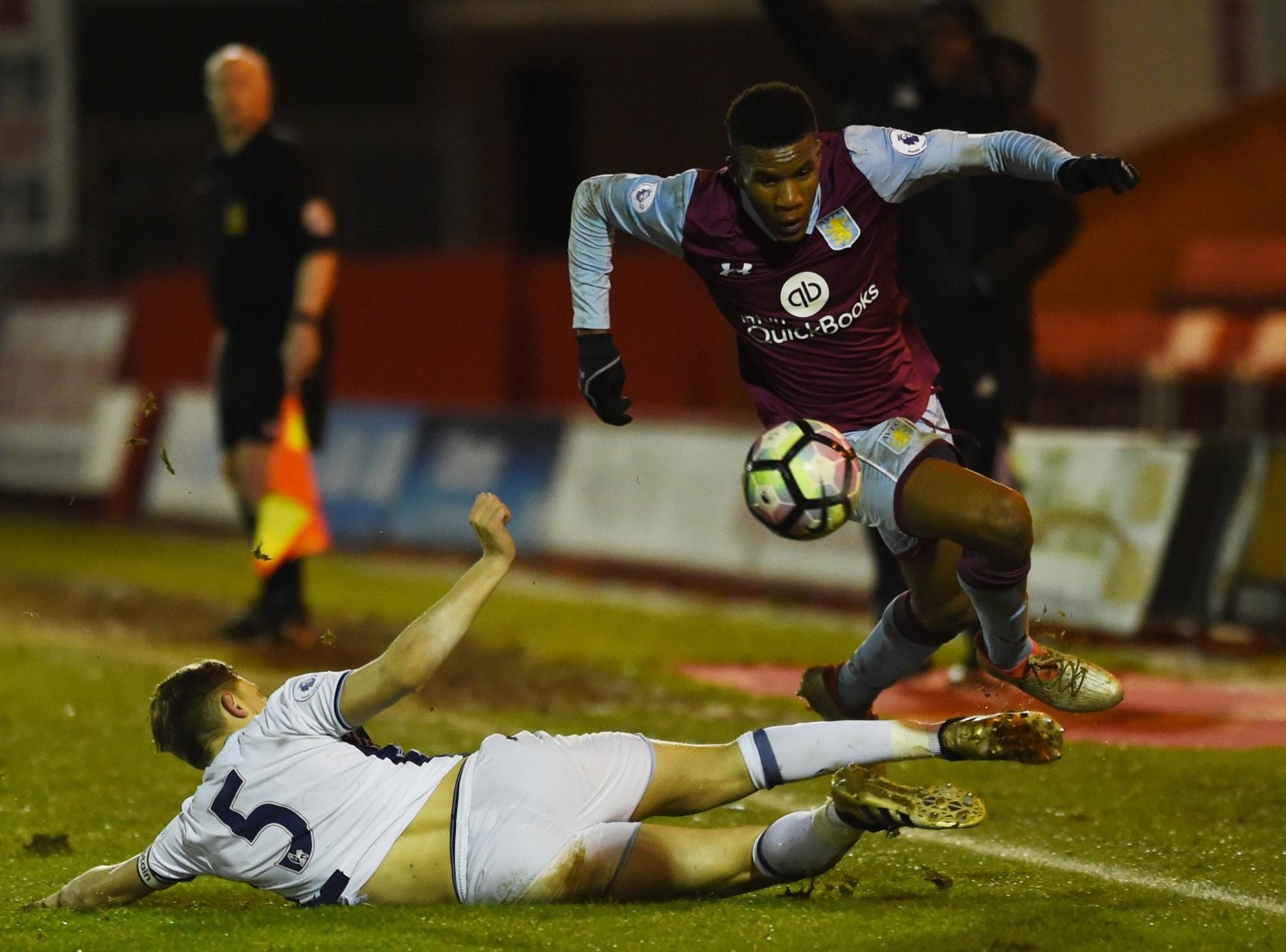 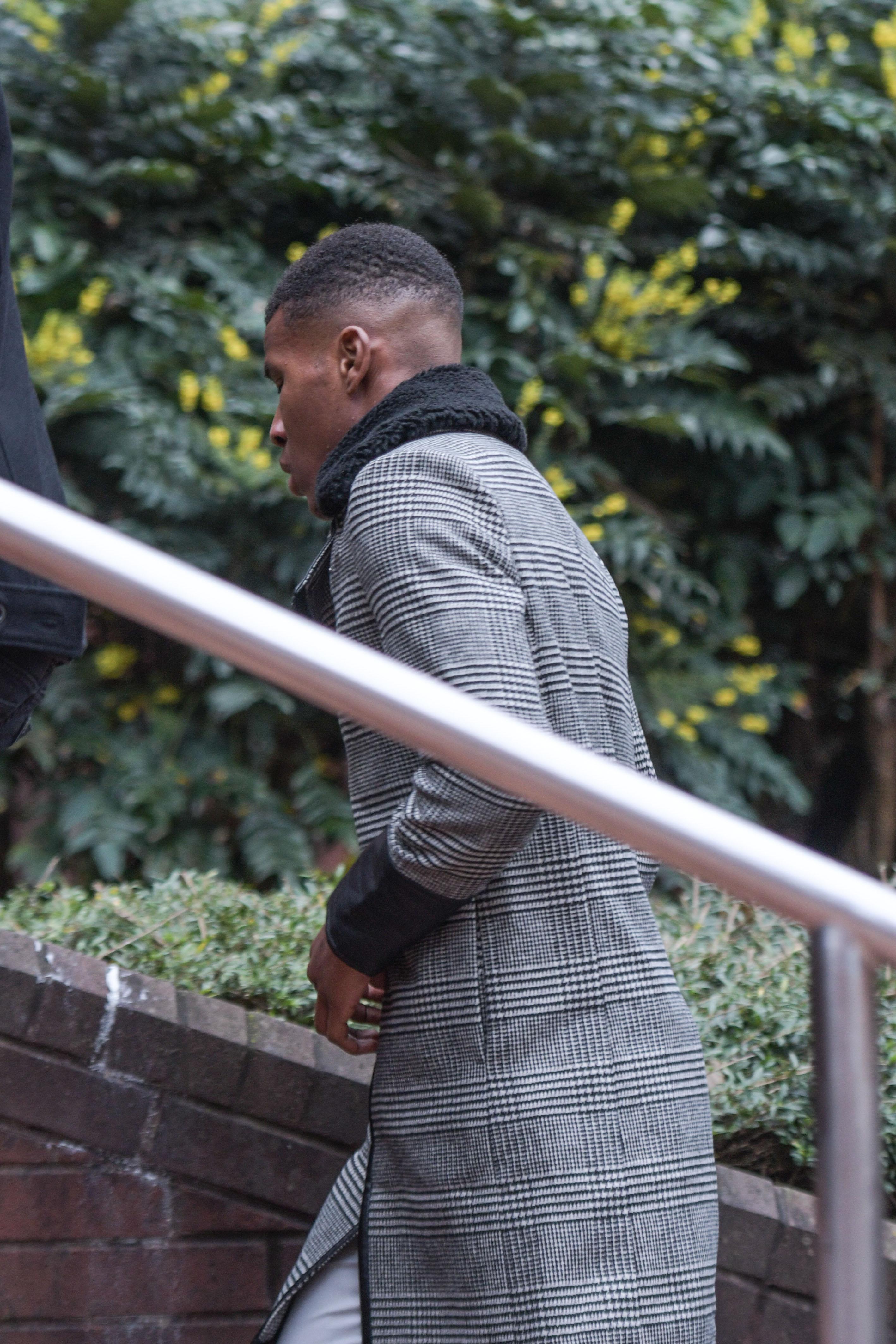 Calder from Birmingham was found guilty of assault and sentenced to nine months in jail.

He was also handed a driving ban and ordered to not have any contact with the victim for five years.

Video of the appalling crime shows the attack taking place outside the Kings Heath pub.

The victim was out at a club in the area and was planning on getting a taxi home to later pick up her car. 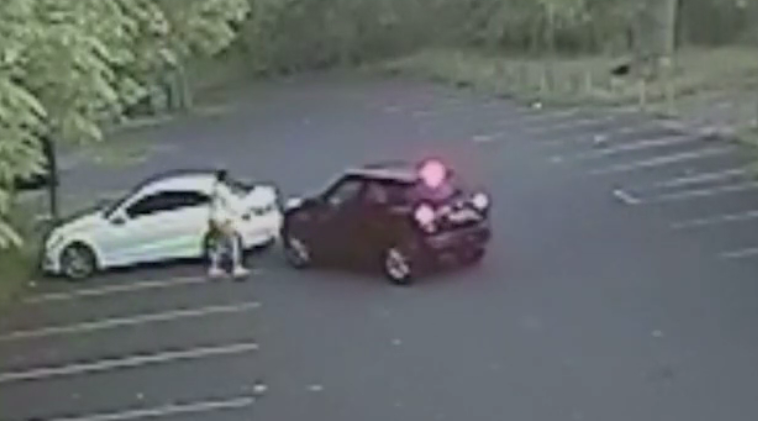 But then she came across Calder — who she knew through his sister — and he offered to give her a lift home in his Merc.

Later they were in their separate cars and the victim ended up smashing into Calder's vehicle.

He indicates for her to pull over before he assesses the damage at the beginning of the video.

And then he walks over to the victim's car and begins brutally punching her through her open window. 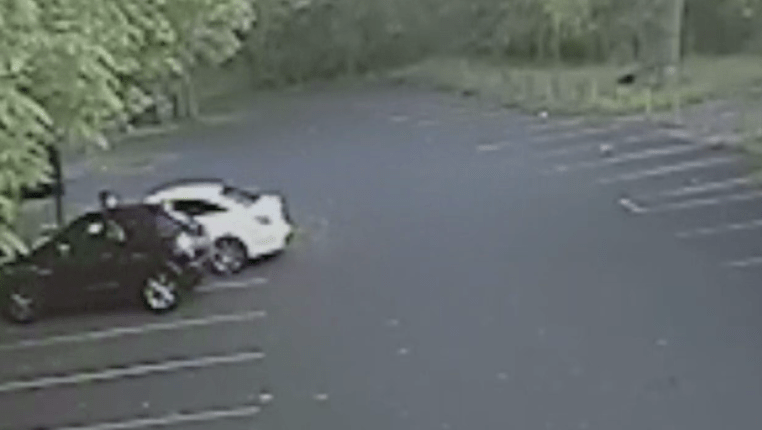 In the desperate scramble to get away, the victim smashes into Calder's car a second time as he chases after her.

She later said she was "utterly disgusted" by what Calder did and sent messages to a mutual friend asking for £5,000 or she would go to the cops, BirminghamLive reports.

Calder then called police to say a woman was trying to falsely claim he attacked her to get compensation.

At Birmingham Crown Court, Judge Wall said: "I have no doubt that telephone call was made so you could get your defence in. 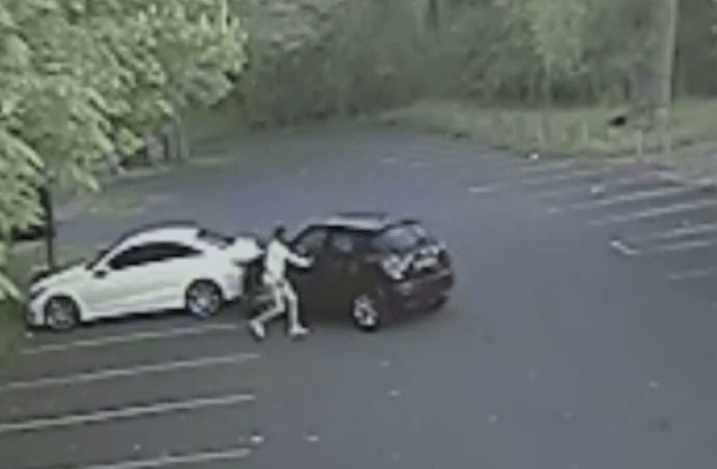 "I accept you are a young man of previous good character who had before him a promising life as a professional footballer."

He added: "You were an angry man attacking a defenceless woman alone inside her car."

Calder had played for the Aston Villa Academy and been a substitute for the first team.

He had also played for England at under-17 level and was with Inverness Caledonian Thistle in Scotland when the attack took place.

The club has since terminated his contract.