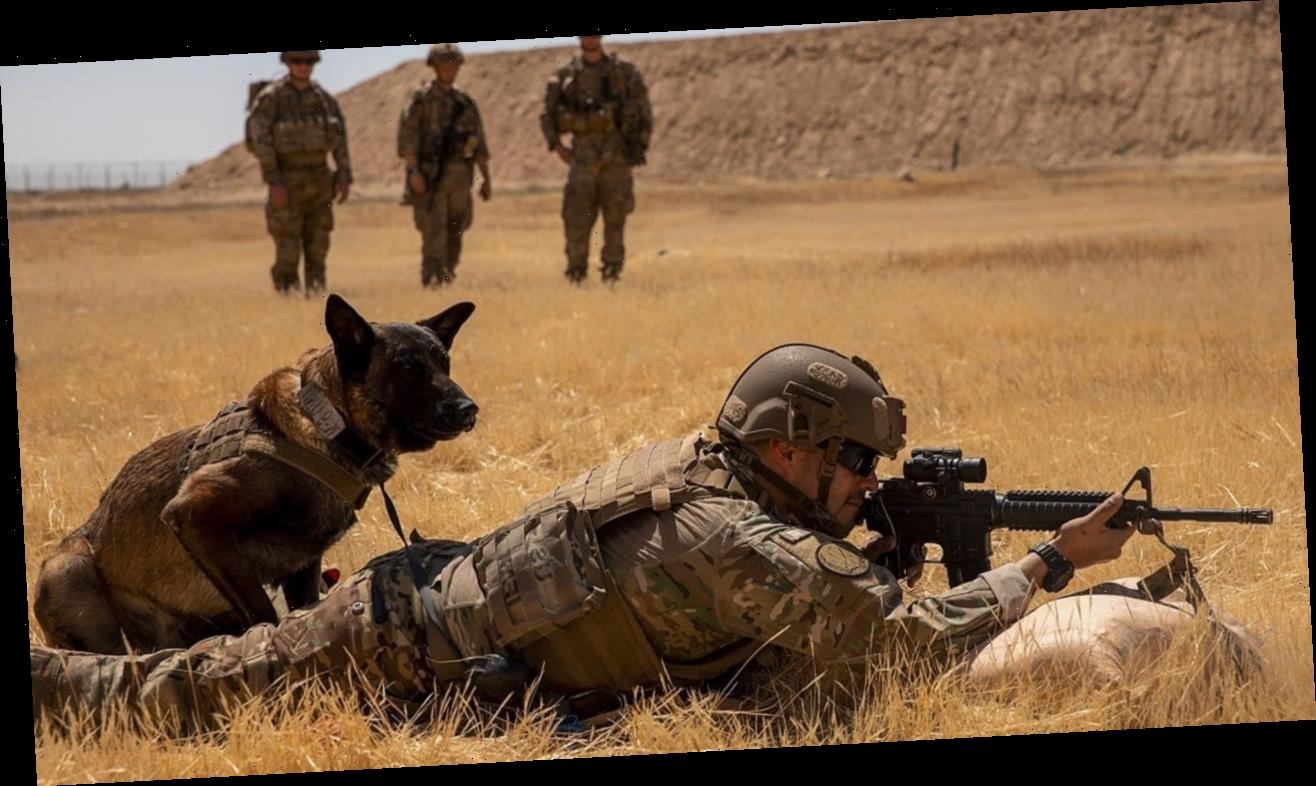 “Although working dogs are not an official part of the current defense industrial base, the low domestic production capacity of working dogs threatens some of the government’s capabilities to provide national security,” researchers wrote in the report. “Of the dogs within the current workforce, approximately 90% were bred overseas.”

Military working dogs are normally one of four breeds: German Shepherd, Belgian Malinois, Dutch Shepherd or Labrador Retriever. Many are imported from Europe. 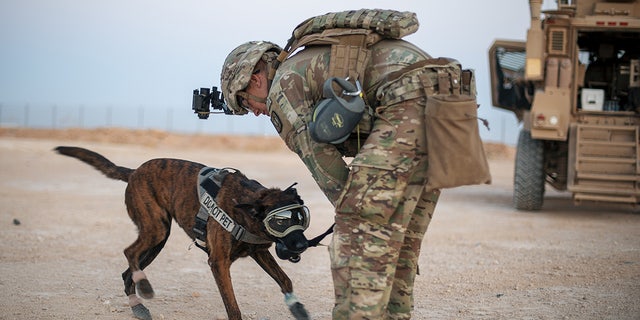 Their tasks include detecting explosives, sniffing out drugs and tracking enemies.

“A lot of our science and technology for years has been trying to replicate the work these dogs do. Their olfactory glands are 10,000 times more sensitive than any piece of equipment we’ve been able to develop. So, the detection work they do, a dog finding explosives or drugs, that’s never going to be replaced,” Major Matthew Kowalski, commander of 341st Training Squadron at Joint Base San Antonio, said, according to the report.

The shortage of domestically bred military working dogs has been an issue for decades, since U.S. breeders find it easier and more enriching to focus on show dogs and service dogs, the report explained. The researchers recommend the federal government subsidize new breeding programs in exchange for priority on purchasing working dogs.

American Kennel Club’s vice president of government relations Sheila Goffe highlighted the issue in an op-ed in the Military Times. 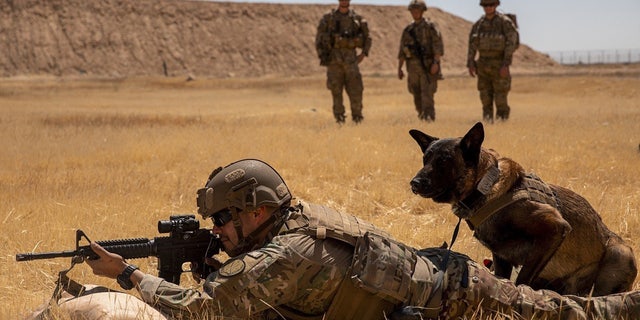 U.S. Army Sgt. Michael Ramirez fires his M4 carbine with his military working dog next to him during a live fire exercise at Al Asad Air Base, Iraq, May 8, 2020. (Credit: US Army/Cover Images)

“The Department of Defense maintains a modest breeding program at its kennels at Lackland Air Force Base in San Antonio, far from sufficient to meet domestic demand,” Goffe wrote.

“The supply of capable working dogs from foreign sources is continuing to tighten. The threat of terrorism and resulting demand for working dogs within Europe and around the world means there’s a growing shortage of even mediocre-quality foreign dogs available to protect the U.S.,” she continued.

Congress approved a defense spending budget of $694.6 billion for the 2021 fiscal year. Earlier in March, Republicans on the House Armed Services Committee wrote a letter to Biden requesting he increase next year’s defense budget by 3% to 5%.