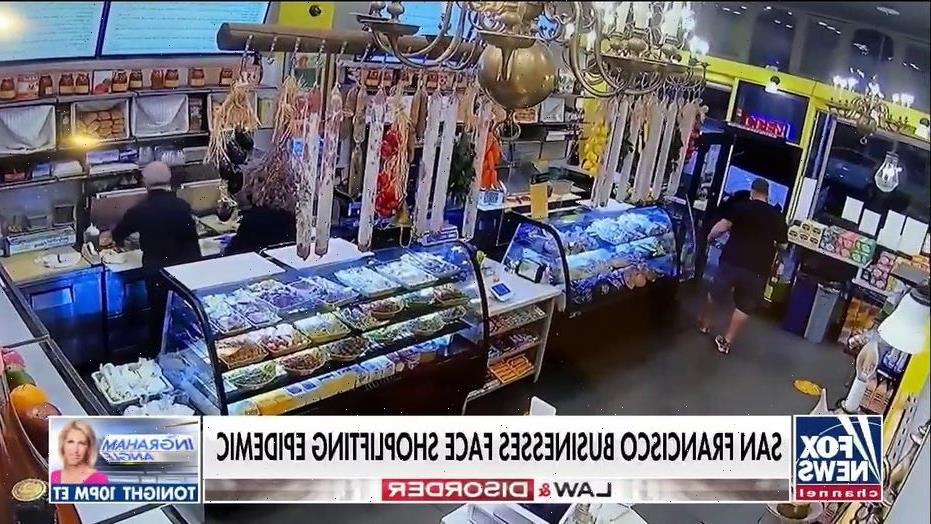 A recent viral shoplifting incident has highlighted trends in parts of the country where offenders at local drugstores rule the roost – in one case, even able to ride through the store on a bike and take a garbage bag full of stolen good as shoppers, and security watched on.

Viral video from earlier this week showed a brazen man riding a bike through a San Francisco Walgreens store hauling apparently stolen goods as he zipped his way past shoppers, including a security guard who was filming the incident on his cell phone, before he left out the door. The footage was captured by local KGO-TV reporter Lyanne Melendez and garnered thousands of likes and comments.

A spokesperson for Walgreens told Fox News at the time that the video depicts a crime that was reported to police.

“Unfortunately, this is another example of blatant retail theft which is an ongoing problem for several retailers in San Francisco,” the spokesperson said.

Walgreens has shuttered 17 stores in San Francisco over the past five years, the San Francisco Chronicle reported this week. And CVS has closed at least two, describing San Francisco as “the epicenter of organized retail crime.”

A CVS official told the New York Post about 85% of the company’s money losses in San Francisco are a result of what the report described as “professional crime.”

Organized retail crime (ORC) is a phrase used to describe shoplifting committed by a shoplifting ring, or multiple people who typically steal goods from multiple locations in an organized effort.

In December, the National Retail Federation (NRF) identified a list of top cities affected by organized retail crime, with Los Angeles ranking No.1. Chicago was found to be the second-highest, following by Miami, New York and then San Francisco, the NRF found. 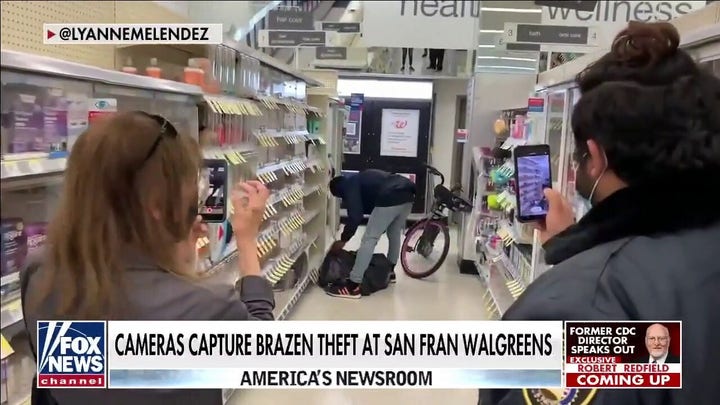 He said ORC was “also a linchpin for other criminal operations.”

In a statement provided to Fox News after the San Francisco shoplifting video went viral, a company said they, like other companies, had “seen a dramatic increase in shoplifting incidents and losses from shoplifting since California sentencing laws changed in 2014 to make all theft below $950 a misdemeanor when it was previously a wobbler, either a felony or a misdemeanor based on prosecutorial discretion.” 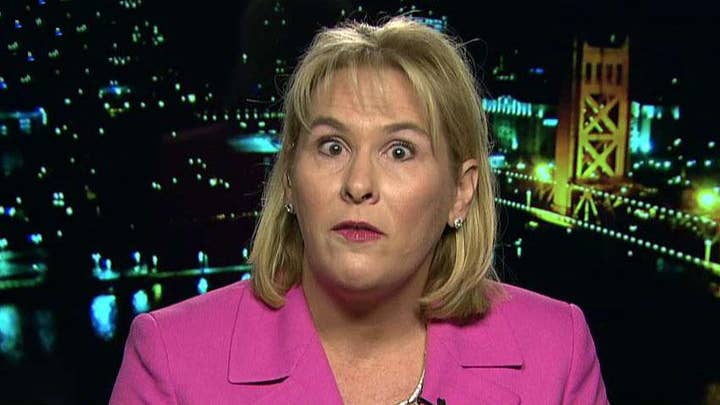 The spokesperson added: “Enterprising thieves have figured out there are few consequences to shoplifting if they keep the value of their crimes below $950.”

In San Francisco, District Attorney Chesa Boudin’s Proposition 47 made any nonviolent theft of items collectively worth $950 a misdemeanor, decreasing the penalties for such crimes.

The NRF’s December survey found retailers lost an average of $719,548 out of every $1 billion in sales. Three out of 4 “ORC victims said they’ve seen an increase over the past 12 months.”

Shoplifting has long been a problem at stores in New York City, often drugstores, such as CVS or Walgreens-owned Duane Reade, another region where bail reform laws have relaxed penalties for certain types of crimes.

Speaking to NewsNation Now for a Wednesday report, New Yorker Diane Crafford said she watched as one thief inside a city drugstore began “throwing everything into his backpack, going from shelf to shelf.

But when she asked a store employee about the theft, they reportedly responded, “we have been informed that we are not allowed to stop them.” 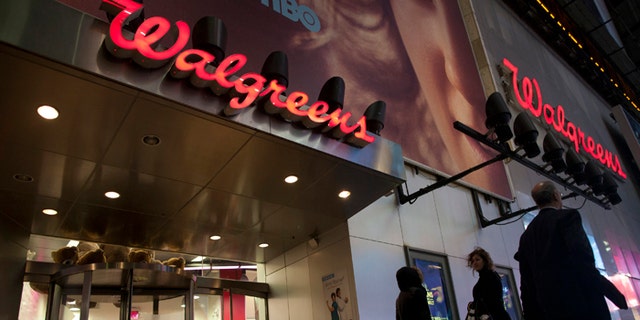 Precinct Capt. Aaron Edwards was lauding police officers for a February shoplifting arrest at a Bed, Bath & Beyond store. The arrest had been made after the suspect fled from the store. Edwards was describing how the security guard tried to stop the shoplifter, who then flashed a knife and got away.

“The security guard had the presence of mind to let him go, but follow at a distance, and was able to relay to our officers that he entered a subway station.” The suspect was later arrested.

When a community member asked later if bail was required for the shoplifter, Edwards responded: “I’m not going to get into specifics.”

The NYPD told Fox News on Friday that members of the public “are encouraged to help police in the shared responsibility of public safety.”

An NYPD spokesperson added: “If you see something, say something by calling 911.”

A Walgreens spokesperson did not respond to Fox News’ inquiries seeking information, including regarding the guidance given to New York City employees for shoplifters in their stores.