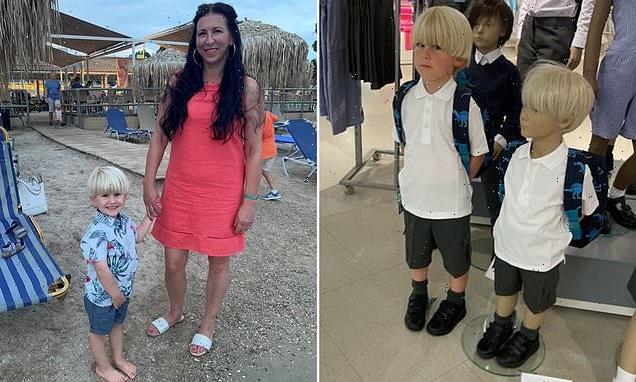 That’s my boy! Shop dummy is perfect likeness of little Austin, 5… so fun-loving staff dressed it in a matching outfit

This little boy’s mum thought she was seeing double when they came across an M&S mannequin that’s his spitting image.

Louise A’hern, of Ystradgynlais, Powys, said M&S staff in Swansea even put Austin, five, in the same outfit to complete the likeness.

The 48-year-old said his first reaction to the mannequin was: ‘What am I doing there?’ 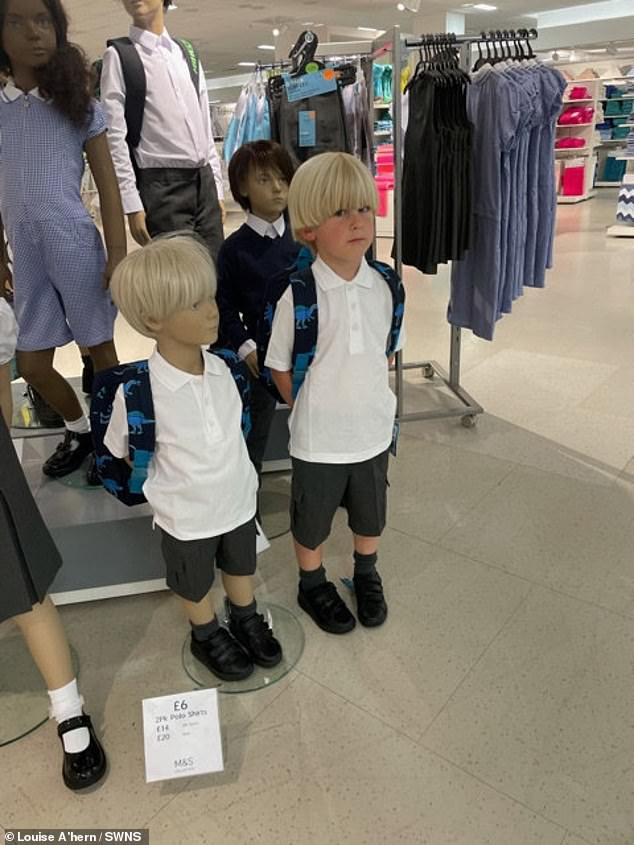 Louise A’hern, of Ystradgynlais, Powys, thought she was seeing double when they came across an M&S mannequin that was her five-year-old son Austin’s spitting image

She added: ‘Their features were the same, the mannequin stood the way Austin stood… even the hairstyle!

She added: ‘Honestly, I just couldn’t believe it. Nobody knows their child more than the parent… It’s just unbelievable.’

Louise said her son could not stop laughing when he saw his ‘twin’, and kept touching the mannequin’s hair.

She added: ‘That’s just so funny. Austin kept saying ‘that just looks like me!’

A friend spotted the model in the store and thought it looked just like Austin, so sent snap to Louise, who showed it to the confused lad who initially thought it was himself. 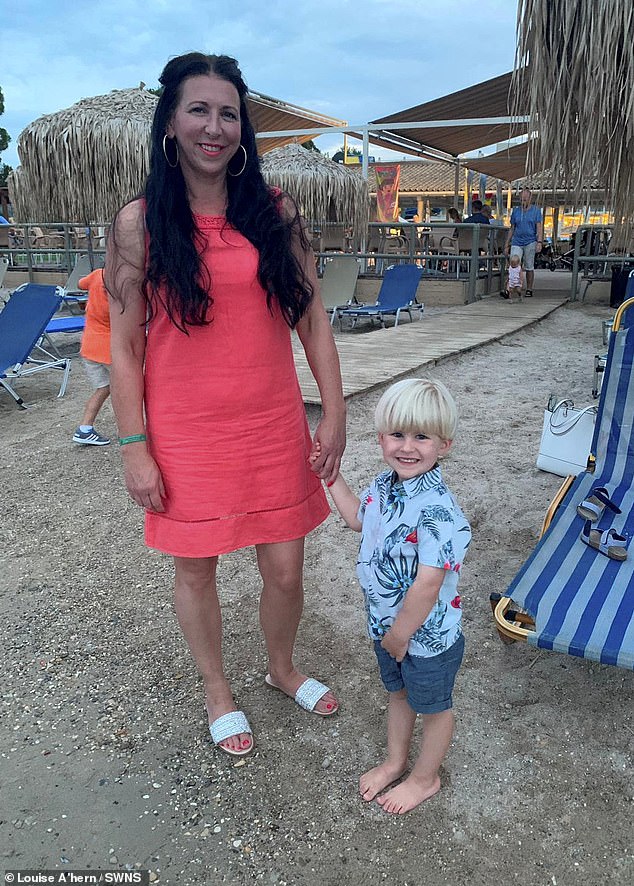 Louise said: ‘And then he looked closer and thought ‘what am I doing there?’

‘He then realised he didn’t get those clothes because the mannequin was originally wearing a pair of pyjamas.

‘He then went ‘that’s not me, who’s that?’ He looked at it again, and couldn’t understand what’s going on.’

Louise took him into the store to meet his ‘twin’ last week.

Staff agreed they were very alike, so dressed the lad in a matching outfit.