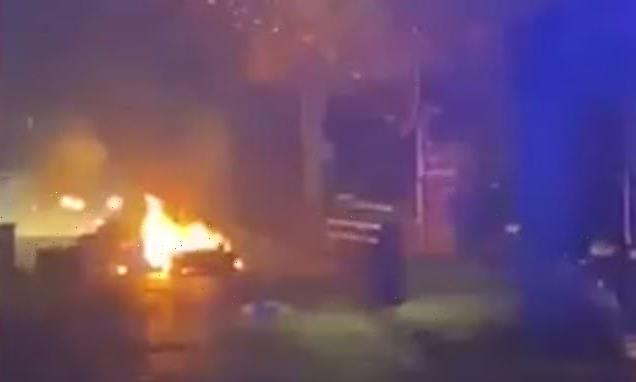 ‘We are being attacked by fireworks. Unable to retreat’: Shocking moment FIREFIGHTERS come under bombardment from thugs firing rockets at them down a Manchester street

This is the shocking moment Bonfire Night hooligans launched rockets at firefighters as they attended a blaze in north Manchester.

Footage from inside the cab shows several fireworks hitting the vehicle as firefighters radio for help on Ash Tree Road in Blackley.

In the video rockets explode as they hit the engine and fires can be seen burning in the street ahead. 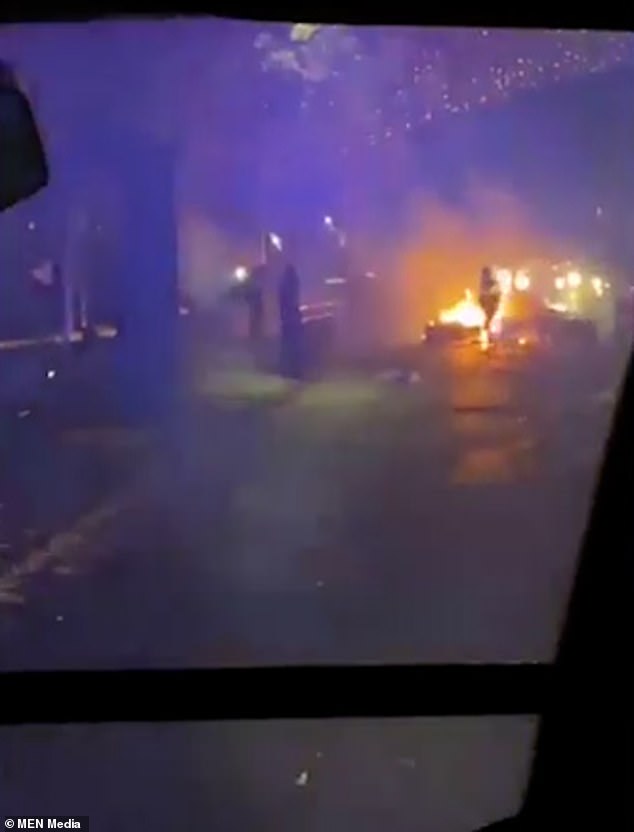 Rockets are thrown at the firefighters as they radio in for police assistance while attending a fire in Blackley, north Manchester 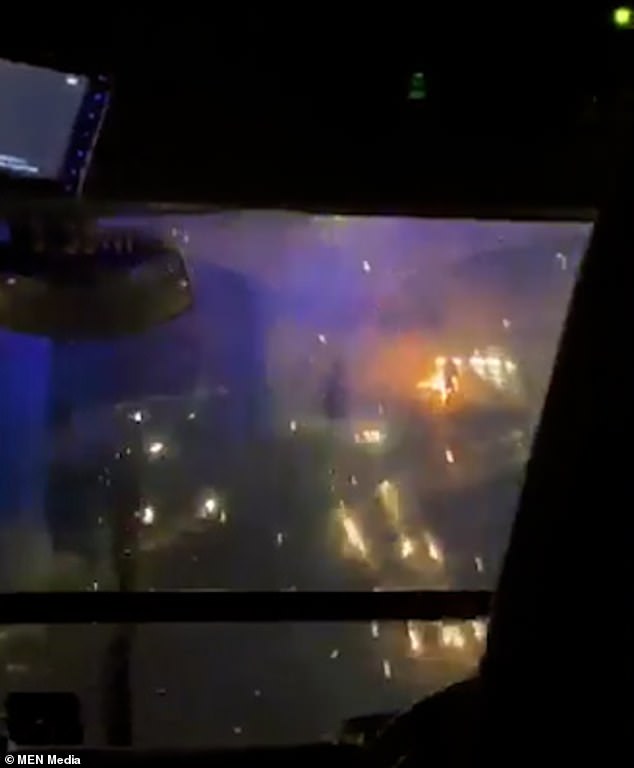 The footage has been released as figures show Greater Manchester Fire and Rescue Service received 701 calls and responded to 431 incidents between 5pm on Bonfire Night and 8am on Monday, November 8

A firefighter can also be heard calling for police assistance and urging the control room not to send any more crews to the scene.

Radioing in, he can be heard saying: ‘Gulf171 under attack, we’re being attacked by fireworks.

‘The hood is blocked and there’s several youths firing fireworks at the appliance. Request urgent attendance of the police. Unable to retreat at this moment.’ 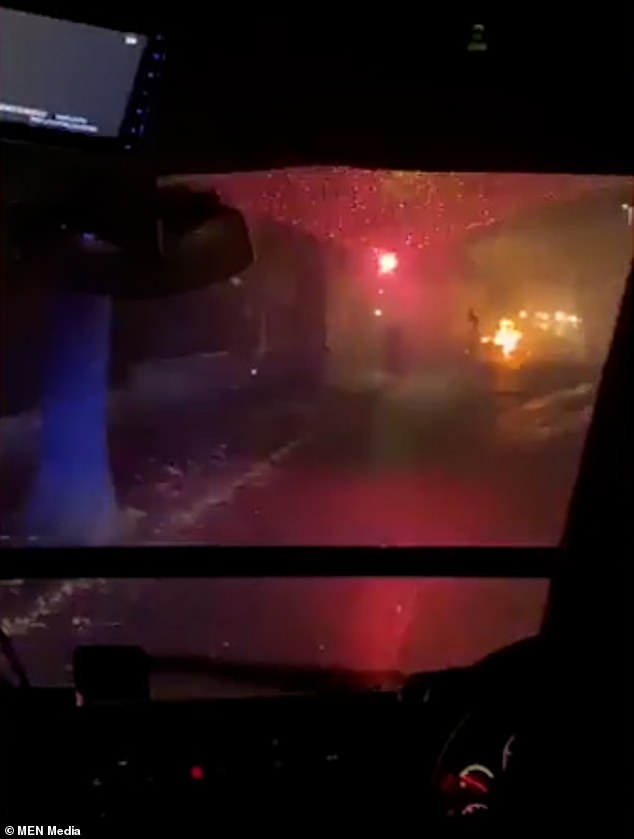 The footage has been released as figures show Greater Manchester Fire and Rescue Service received 701 calls and responded to 431 incidents between 5pm on Bonfire Night and 8am on Monday, November 8.

That’s up from 276 incidents last year. On Bonfire Night firefighters were also attacked on Arundel Street in Oldham, while fireworks were also launched at crews on Atlantic Walk in Beswick.

No crew members were hurt in any of the attacks. Other incidents included wheelie bin fires and unauthorised bonfires being held in parks or on public land.

‘I’d like to thank all staff and emergency services involved for working hard over a busy weekend. 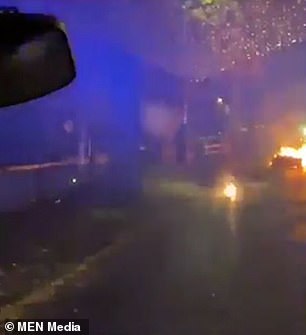 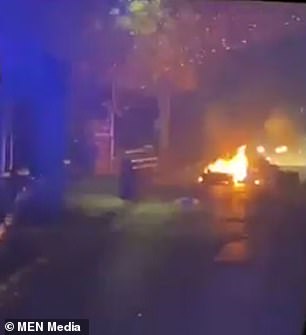 Radioing, the firefighter can he beard saying: ‘The hood is blocked and there’s several youths firing fireworks at the appliance’

‘Unfortunately, while attending some incidents, crews were met with physical or verbal abuse.

‘I have heard personally from colleagues the shocking incidents that took place.

‘Thankfully, no one was hurt, however I would like to remind the public that this behaviour is completely unacceptable and will not be tolerated. 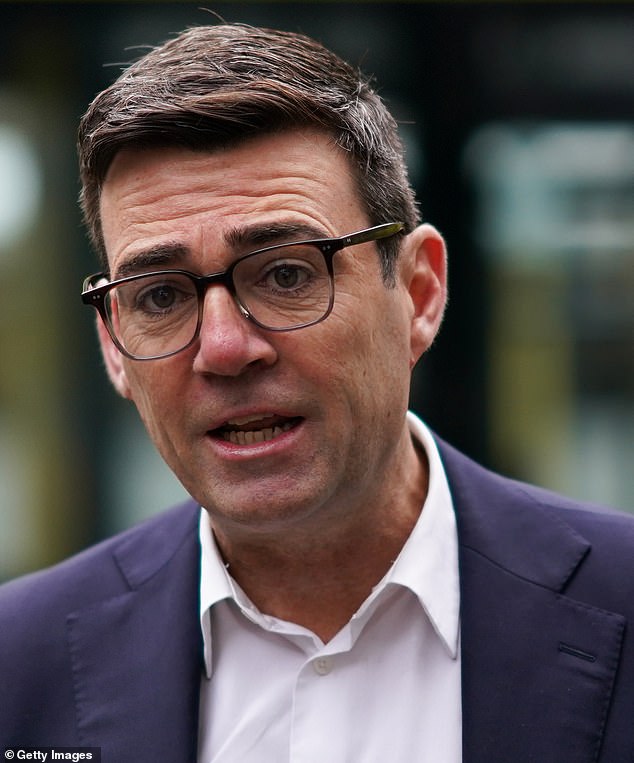 ‘However, hearing that some crews and police were subject to attacks with fireworks is unacceptable.

‘Our emergency workers work hard every day keeping the public safe and should not have to deal with abuse.’