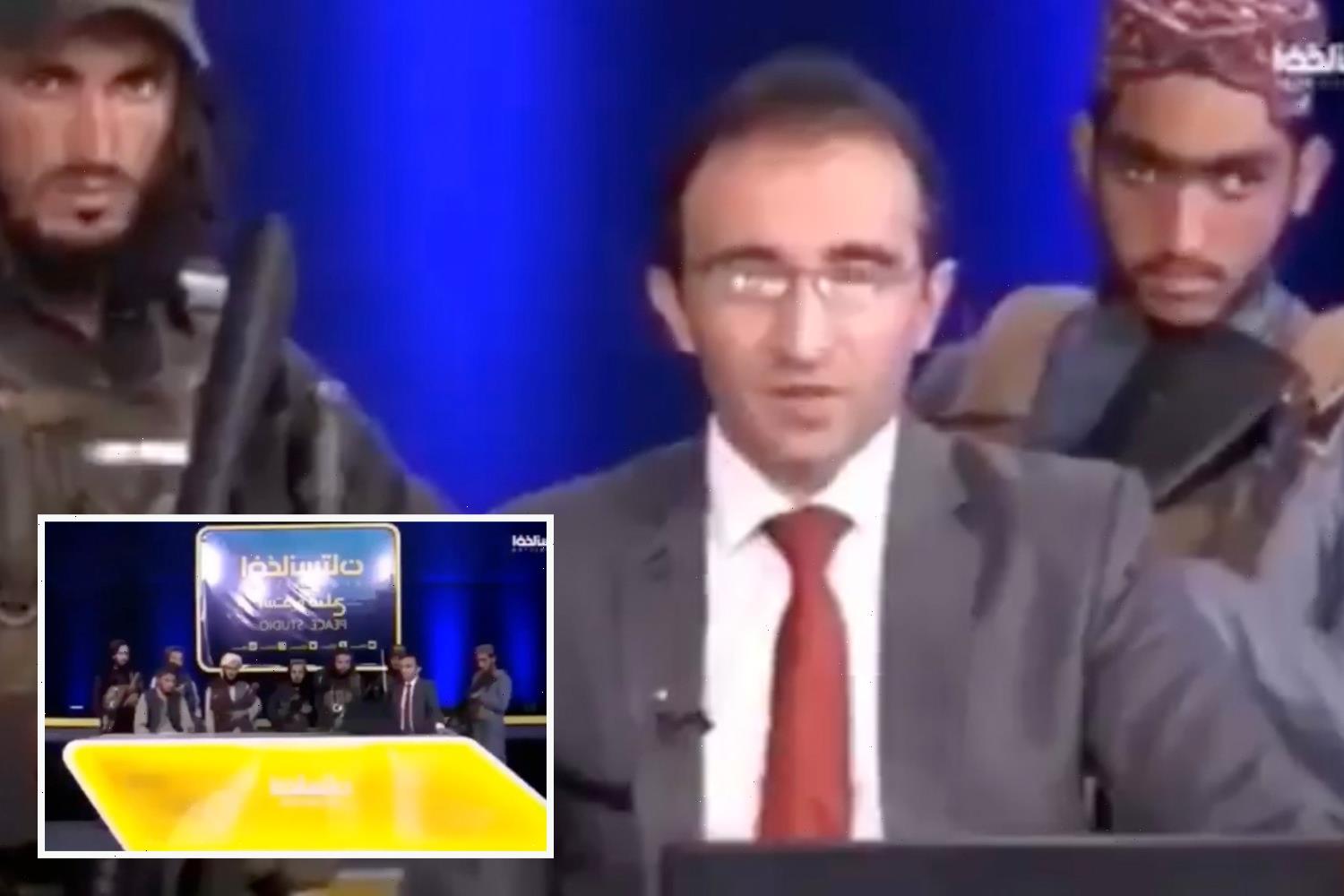 THIS is the shocking moment Taliban militants stormed a Kabul TV station to demand the news anchor praise the Afghan terror group.

Footage of the Sunday incident, which was shared on Twitter and swiftly amassed over one million views, showed an Afghan TV anchor reading the news with gun-toting Taliban members alongside him. 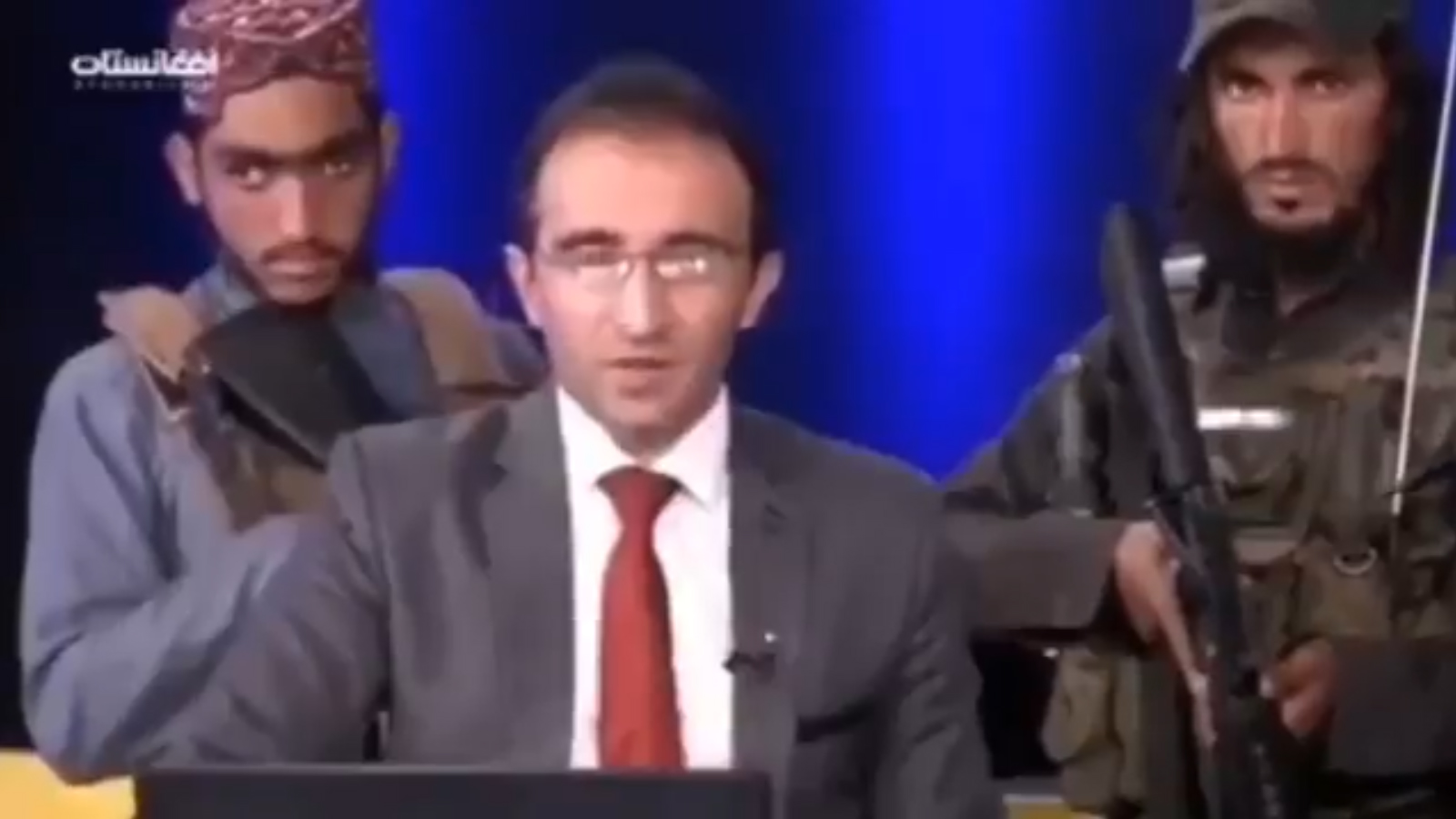 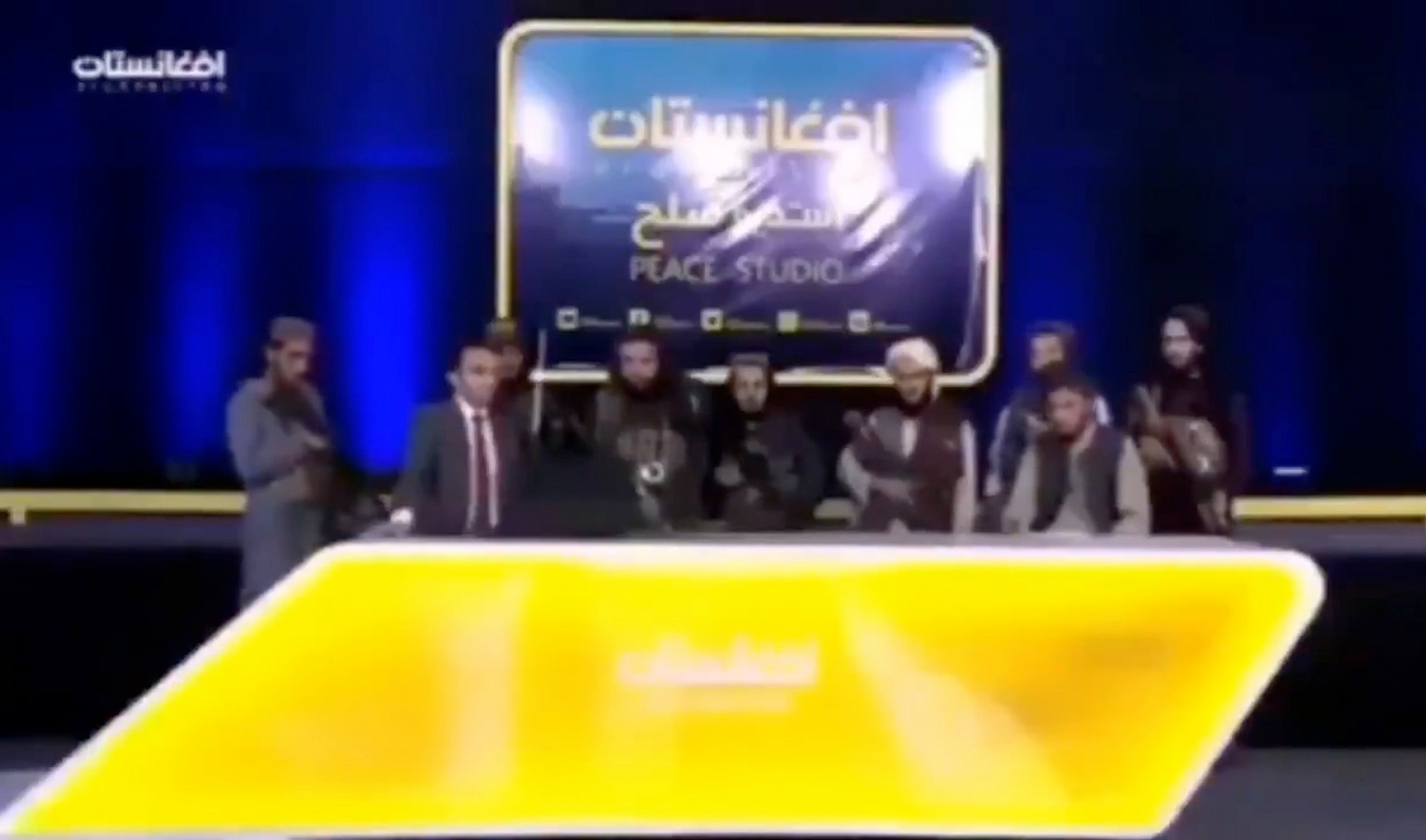 The video was recorded at the Afghan TV network Peace Studio and comes just weeks after the United States abruptly withdrew from Afghanistan — allowing the Taliban to regain power, nearly 20 years after the US came into the country in the wake of 9/11.

"This is what a political debate now looks like on Afghan TV, Taliban foot soldiers watching over the host.

"The presenter talks about the collapse of the Ghani govt & says the Islamic Emirate says the Afghan people should not to be afraid #Afghanistan."

During the 42-second clip, it seemed as if the news presenter was being stared down by the two militants standing on each side of him.

The Taliban militants reportedly stormed the TV station and urged the anchor to talk with them — as US officials said a terrorist suicide squad on its way to carry out a second attack on Kabul airport was wiped out in a drone strike.

According to WIO News, the presenter was seen reading the news and conducting a debate with the militants.

During the news program, titled "Pardaz," the anchor was reportedly speaking in Pashto and insisting people not be scared

As the anchor was seen alongside eight Taliban militants inside the newsroom, the Publisher of Etilaatroz and KabulNow, Zaki Daryabi, took to Twitter to say: "This is what @Etilaatroz can’t accept.

BBC reporter Kian Sharifi said the host even interviewed one of the Taliban members in the news studio, according to reports.

Iranian journalist Masih Alinejad called on President Joe Biden to watch the footage and "let us know if these militants posing behind this visibly petrified TV host are holding American weapons."

Alongside the video clip retweeted by Alinejad, the journalist and activist wrote: "This is surreal. Taliban militants are posing behind this visibly petrified TV host with guns and making him to say that people of #Afghanistan shouldn’t be scared of the Islamic Emirate.

"Taliban itself is synonymous with fear in the minds of millions. This is just another proof."

That same day, US officials said a car carrying several ISIS-K terrorists and packed with explosives was hit in the strike amid unconfirmed local reports that up to nine civilians were also killed.

The strike came just hours after warnings were issued about another likely attack days after terrorists killed 170 in a suicide bombing targeting refugees and US Marines.

Meanwhile, Biden has been slammed for appearing to check his watch after saluting the fallen Kabul heroes as their bodies arrived back in the US on Sunday.

The President and his wife, First Lady Jill Biden, met the families of service members killed in the terror attack in Afghanistan before witnessing the transfer of the military members' bodies from an aircraft at Dover Air Force base.

The President has been accused of having "blood on his hands" after at least 13 troops were among the 170-plus killed at the hands of ISIS-K in a suicide bombing at Kabul airport.

And the family of one of the marines killed in the Kabul blast are "disgusted" at the "incompetent" Biden administration and said no US troops needed to die.