A SHOPPING mall Santa made a young boy cry — by telling him he wouldn’t bring him a Nerf gun for Christmas.

The child’s mom posted a video on Facebook of the heartbreaking grotto visit at the Harlem Irving Plaza in the Chicago suburb Norridge. 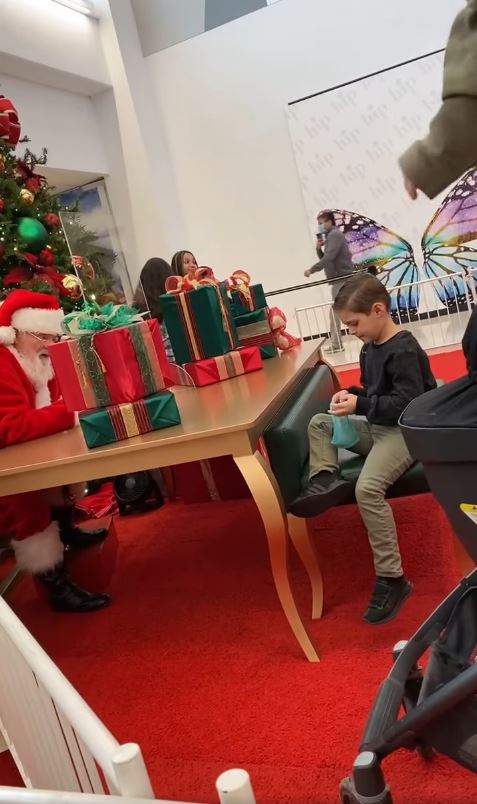 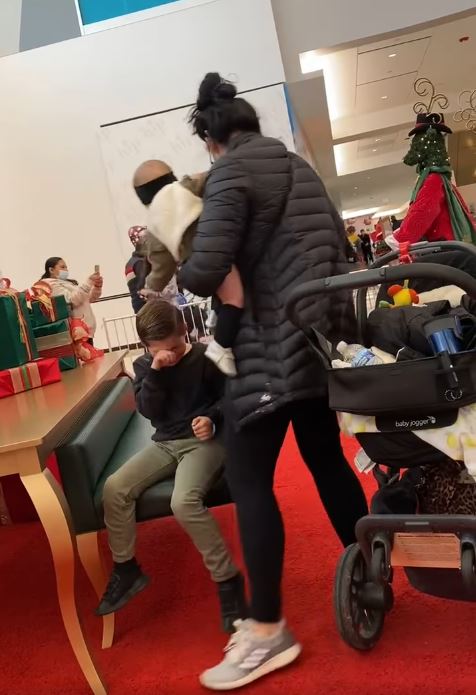 The youngster is seen sitting across a table from Kris Kringle and shyly explaining he has his heart set on a toy blaster.

The not-so-jolly ol’ Saint Nick bluntly replies: “No, no guns.’’

But the Santa insists: “Nope, not even a Nerf gun.

“If your dad wants to get it for you that’s fine, but I can’t bring it to you.

“What else would you like? Lots of other toys. Legos. There’s bicycles. There’s cars and trucks. What do you think?”

The little boy turns sadly to his mom, and then sobs on her shoulder.

She reassures him he will still get his longed-for gun.

Sabella claimed the mall’s Santa refused her son Michael’s request because of his anti-gun political beliefs.

She said on Facebook: “My poor baby. This was the first year Michael was excited to go see Santa.

“It was supposed to be magical but instead I had to watch my sweet little boy fight back tears because Santa told him ‘No’ because of his own personal beliefs.

“I had to think fast and explain to him that this Santa was just a helper and not the real guy.

“I just wanted to console my baby and get him out of there, flipping out on Santa would have only made it worse.

“His Elfie is going to bring him a Nerf gun directly from the North Pole, from the real Santa, tonight.” 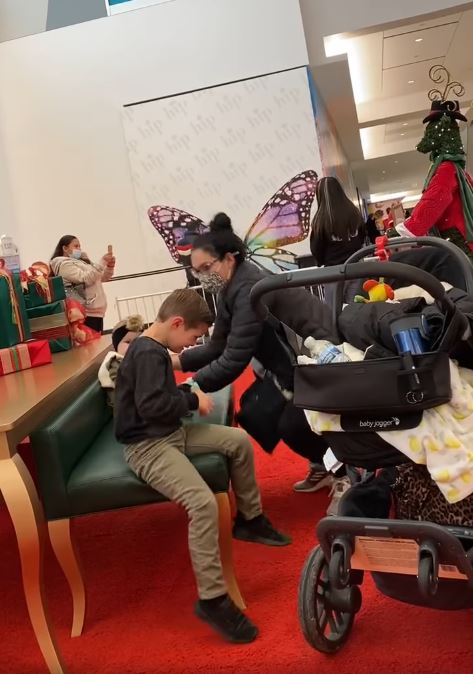 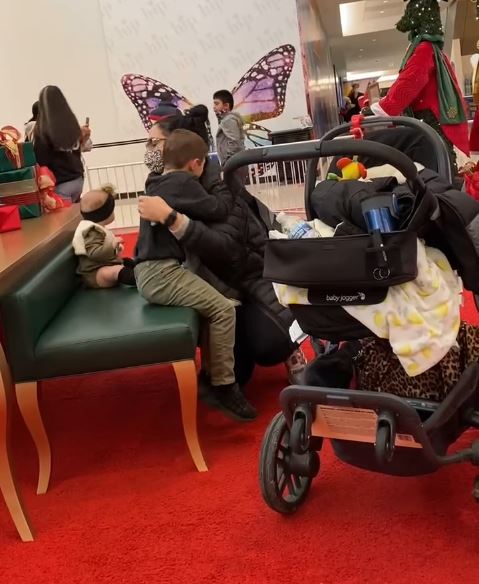 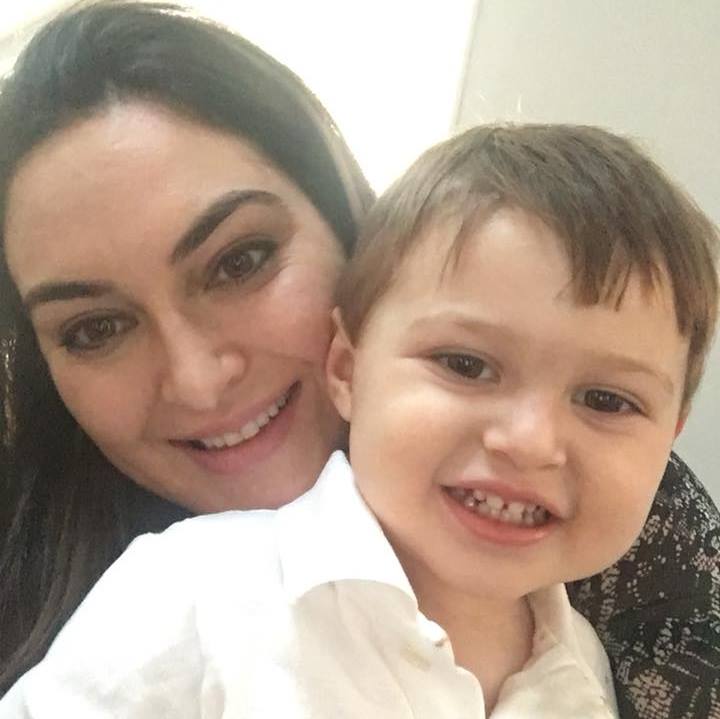 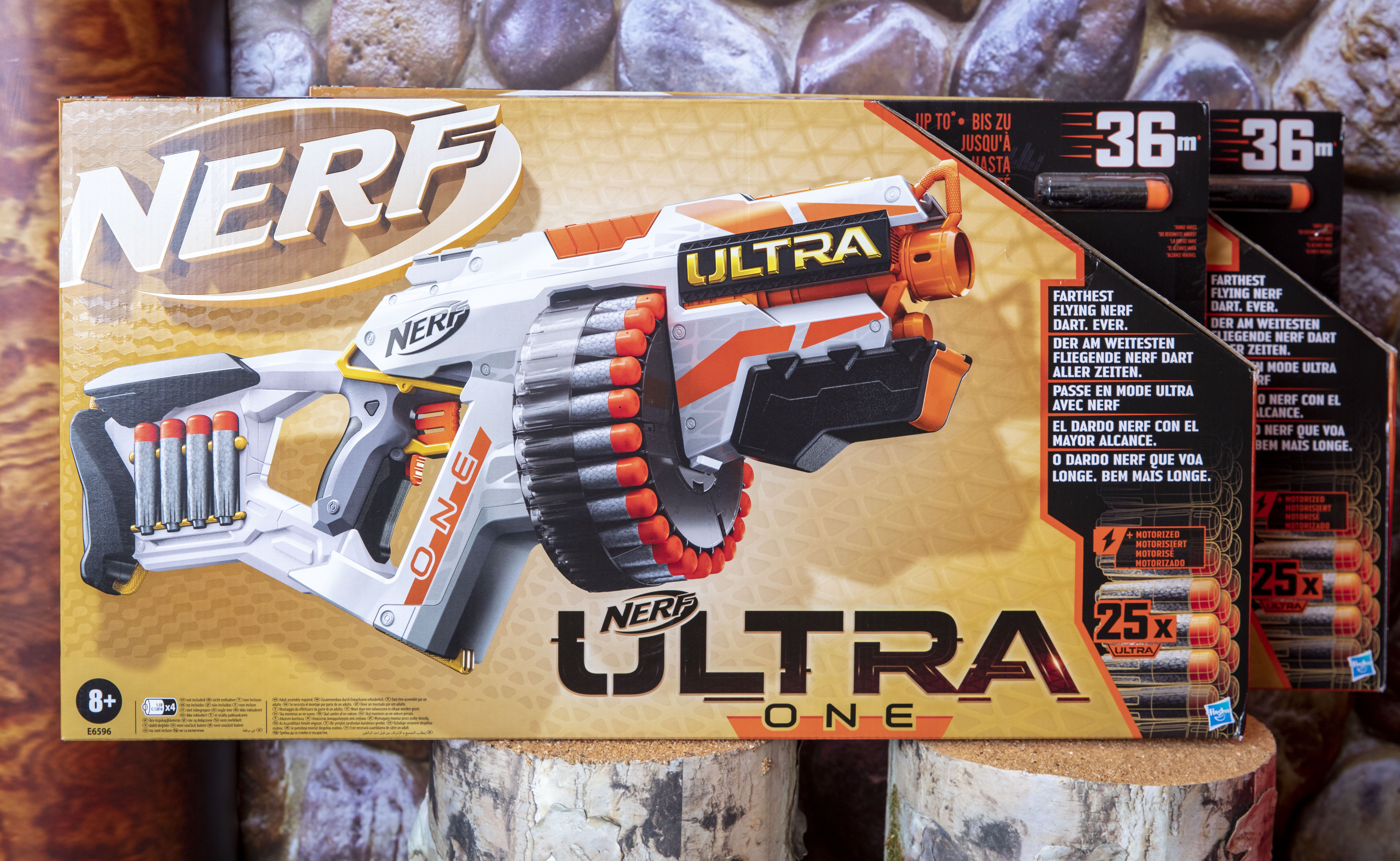 As the video spread online, one viewer wrote: “That breaks my heart. I could cry watching this.”

One pal said: “Santa shouldn’t have a political agenda and that’s exactly what this sounds like. I hope the elves s*** in that Santa’s shoes every day for the rest of his life.”

However there was a happy ending to the story as wellwishers donated a number of Nerf guns and the mall promised Michael a special treat to make up for it.

“They have a special surprise for Michael that we will share later.

“Also, many people have offered to send Michael a nerf gun. His wish list has more than been fulfilled so if you’re still feeling generous please contact his mother, as they are organizing a large nerf and toy donation to children in need!

“We’re trying to turn this unfortunate incident into something positive and spread cheer to children who really need it!”