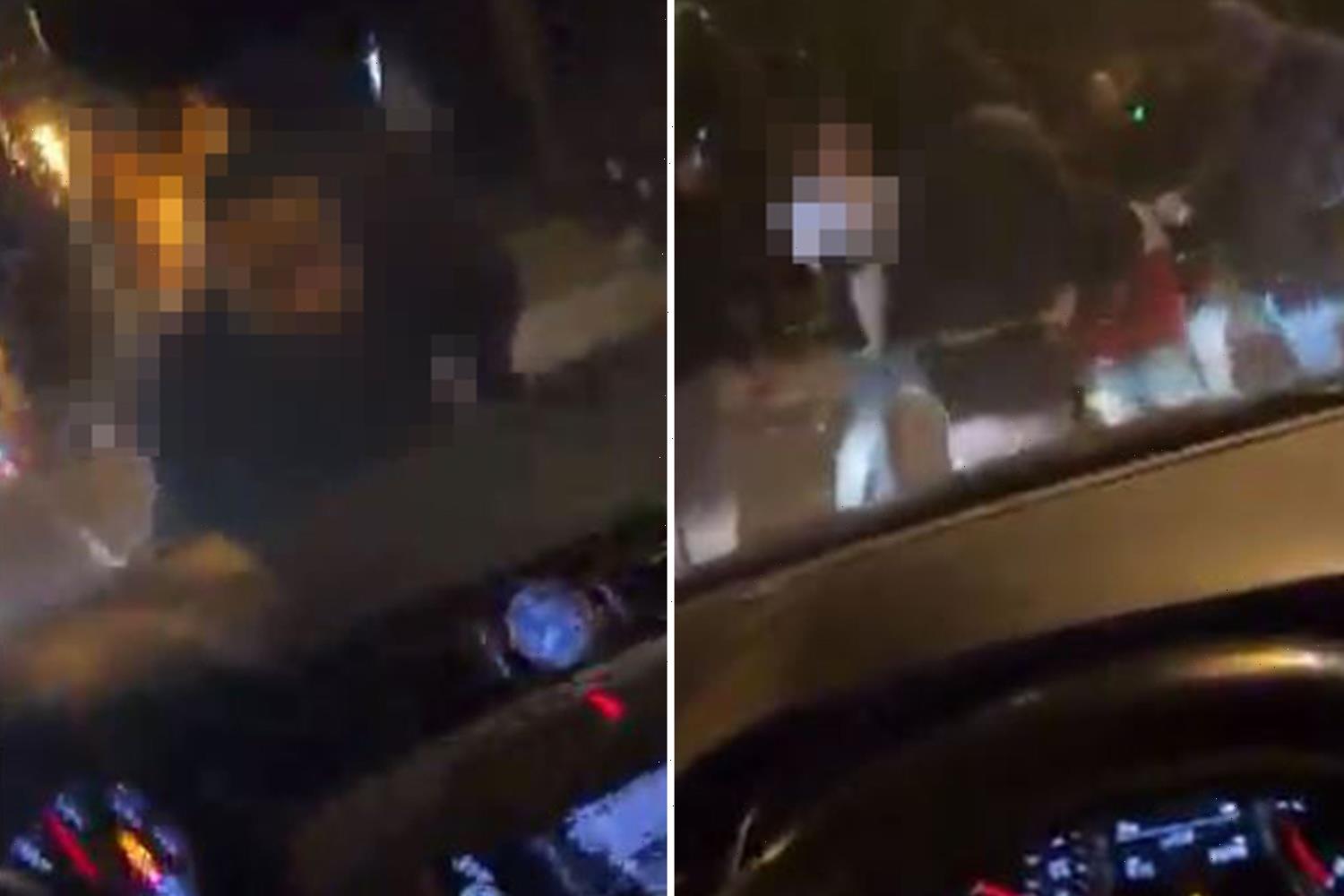 THIS is the shocking moment a laughing driver filmed himself mowing down brawling pedestrians like bowling pins.

The motorist ploughed into several men during a pitched street battle in Shoreditch, East London. 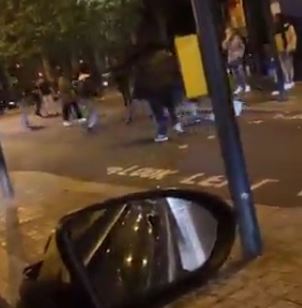 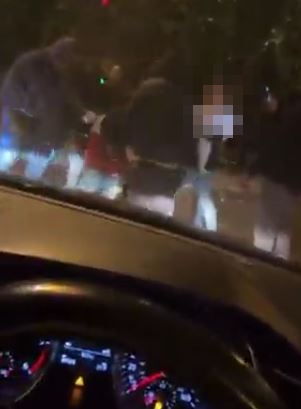 One man trapped on his bonnet for several seconds is seen desperately trying to cling on as he speeds off.

He then tumbles to the floor before rolling across the busy road as the cackling driver flees the scene.

Shocking footage shows a large group of men trading blows in a Wild West-style scrap in the capital party zone.

The driver films the brutal fight involving up to a dozen men as it spills across the pavement and onto the busy road.

As the mass brawl sprawls across Old Street and Shoreditch High Street the driver is heard yelling "let the man come at my car".

He callously carries on filming as he clips one man before another lands on his bonnet while he turns right at the junction.

One of the brawlers turns and lashes out at the car as the driver beeps his horn and shouts out "oi".

He is heard laughing hysterically as another man is pinned to his bonnet for several seconds.

The driver speeds on regardless before the man tumbles to the floor, clawing at the car as he tries to hold on and avoid being run over.

As the driver flees the scene he is heard laughing manically with a pal alongside him.

Horrifying footage of the incident was uploaded to social media, with Twitter users condemning the driver.

One man posted: "This guy has played too much GTA 5 [Grand Theft Auto] because wth, the worst part is the way that man was on the car at the end is exactly what happens when you run people over at that kinda speed on the game."

Another wrote: "This is all just evidence to be used against all of them in court."

And a third said: "What are they trying to achieve with all this?" 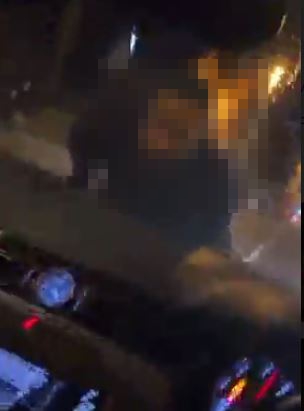 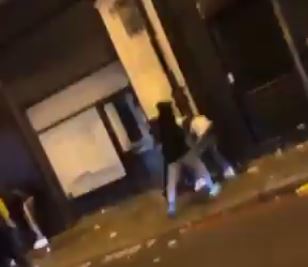