The terrifying random attack was captured by CCTV cameras in downtown Los Angeles on Wednesday. 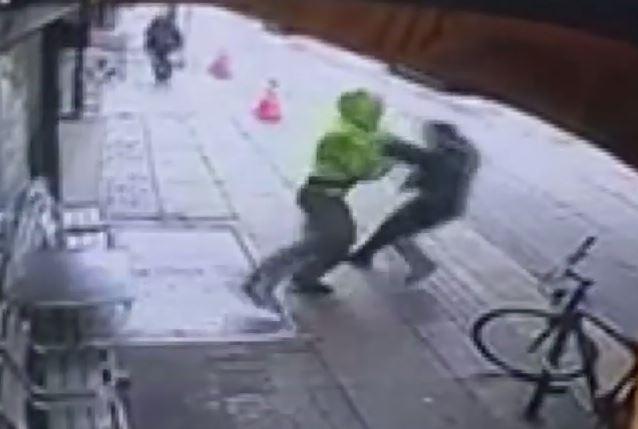 The shocking footage first shows the suspect sitting in a chair on the footpath outside a restaurant.

As his victim wanders into view, the man rises from his chair and strides towards him.

He is then seen pushing the elderly man, aged in his 60s, over onto the edge of the road.

A large truck then suddenly appears in view. With the driver unable to completely stop, the victim is caught underneath the truck's front left tyre. 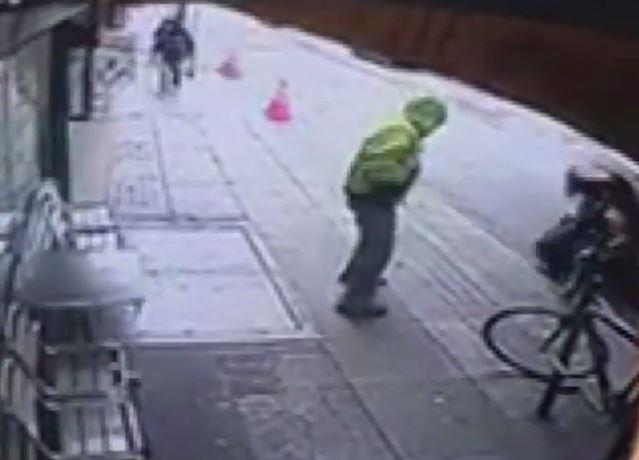 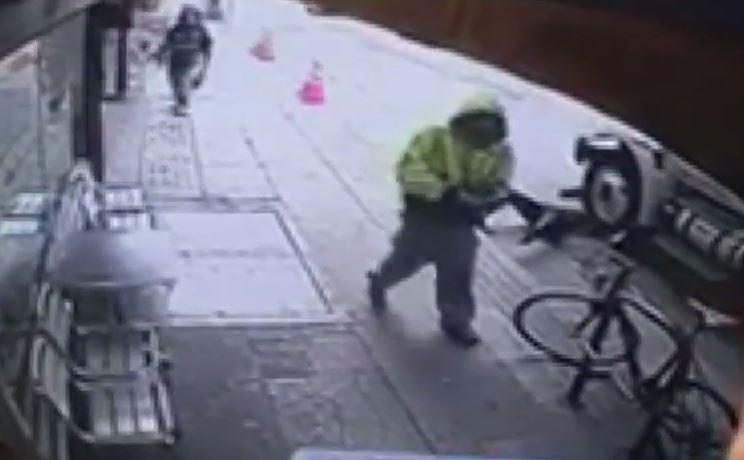 He is now in a critical condition in hospital with a collapsed lung and broken bones, police told CBS Los Angeles.

However, emergency services later spotted the suspect about eight hours later and he was taken into custody. 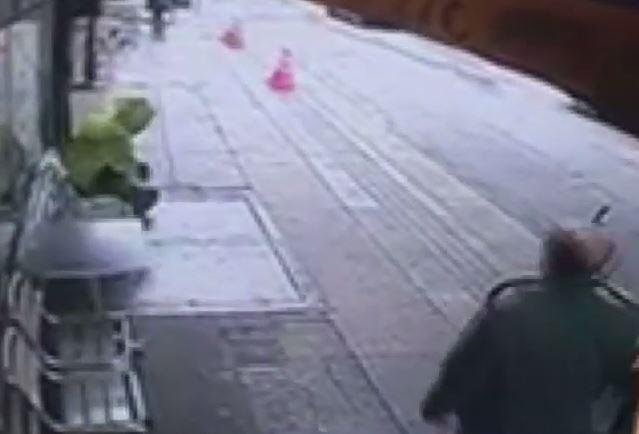