A SHOCKING mugshot has been released showing a woman covered in blood after allegedly killing her dad, 73, and leaving a trail of blood.

Jennifer Jackson, 50, has been charged with first-degree murder, aggravated burglary and criminal threat, and two misdemeanor charges of criminal trespass. 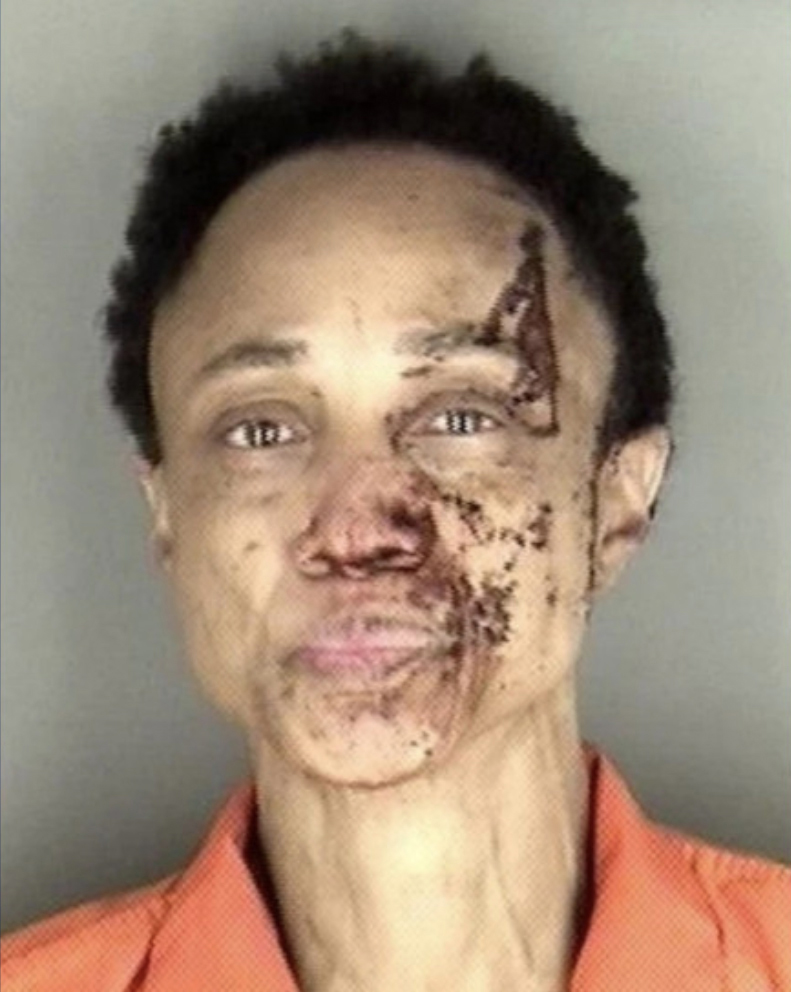 Topeka police officers responded to reports of a woman covered in blood claiming her father had been killed at about 5am on Sunday morning, a local NBC affiliate reported.

Shawnee County District Attorney Mike Kagay said that officers found a trail of blood outside of the Kansas building.

Charles Jackson was found dead inside one of the apartments, according to Kagay.

He added that officers found his daughter and took her into custody, however it has not been specified where she was located.

The woman is being held on a $1million bond.

According to Shawnee County court records, obtained by Crime Online, she was charged with assault with a deadly weapon and criminal trespass in September.

However, the charges were dismissed the following month.

It has not been specified whether or not the charges had any association with her father.