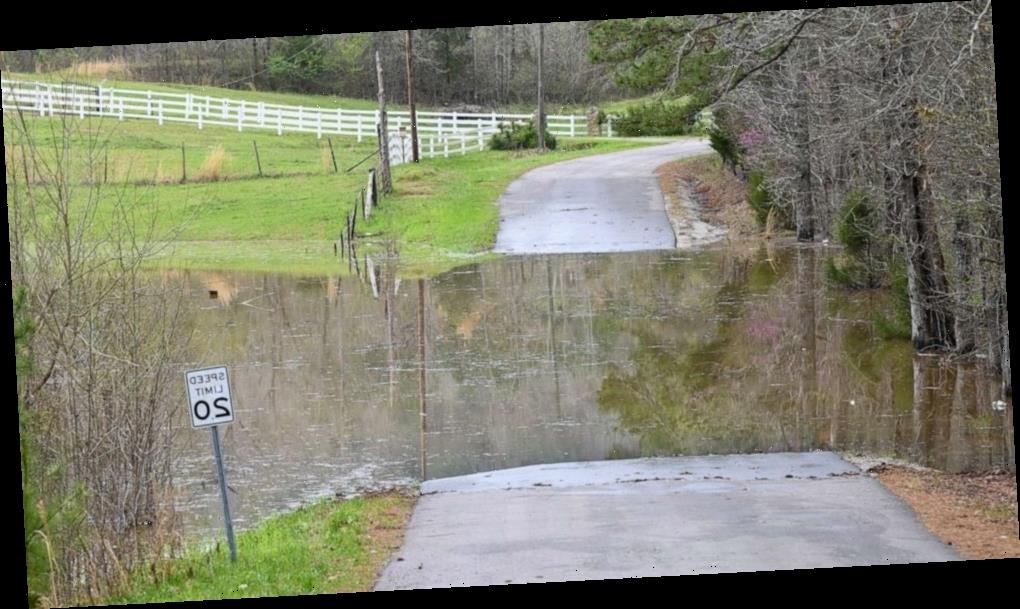 Severe weather ripped through the South from Texas to North Carolina on Saturday and continues on Sunday morning with at least 168 reports of severe weather so far in the region.

Nashville, Tennessee, has received its second largest two-day rainfall total of at least 6.69 inches and parts of the metro area have received more than 7 inches already.

Some waterways in Nashville quickly rose to their highest levels since 2010.

The heaviest rain has moved just east of there and could receive additional rainfall on Sunday morning.

So far there have been at least 15 reported tornadoes in four states with five reported in eastern Texas, eight reported in Arkansas and one each in Mississippi and Tennessee.

Baseball-sized hail has also been reported in Arkansas and there is still a tornado watch in parts of Mississippi and Tennessee until 7 a.m. this morning,

There is still a severe thunderstorm watch for eastern Tennessee until 9 a.m. on Sunday morning as well.

Slow-moving thunderstorms this morning could produce up to 1 inch of rainfall per hour towards eastern Alabama and the Appalachians.

The severe risk region is from Georgia to Delaware with over 30 million Americans impacted, including major metropolitan areas such as, Raleigh, Atlanta and Washington, D.C.

With this system we can expect flooding rain, damaging winds and a few tornadoes possible with the greatest risk for tornadoes in Norfolk and Richmond in Virginia and just north of Raleigh, North Carolina.

As this system progresses east from Boston, Massachusetts, to northern Alabama, rain totals up to 3 inches will be possible through Monday morning.

With heavy rain and thunderstorms moving across the Northeast by this afternoon, wind alerts are also in effect with gusts up 43 mph possible.

Another system will bring heavy rain and strong storms to the region by Wednesday with rain totals up to 4 inches of rain possible from today through Wednesday.