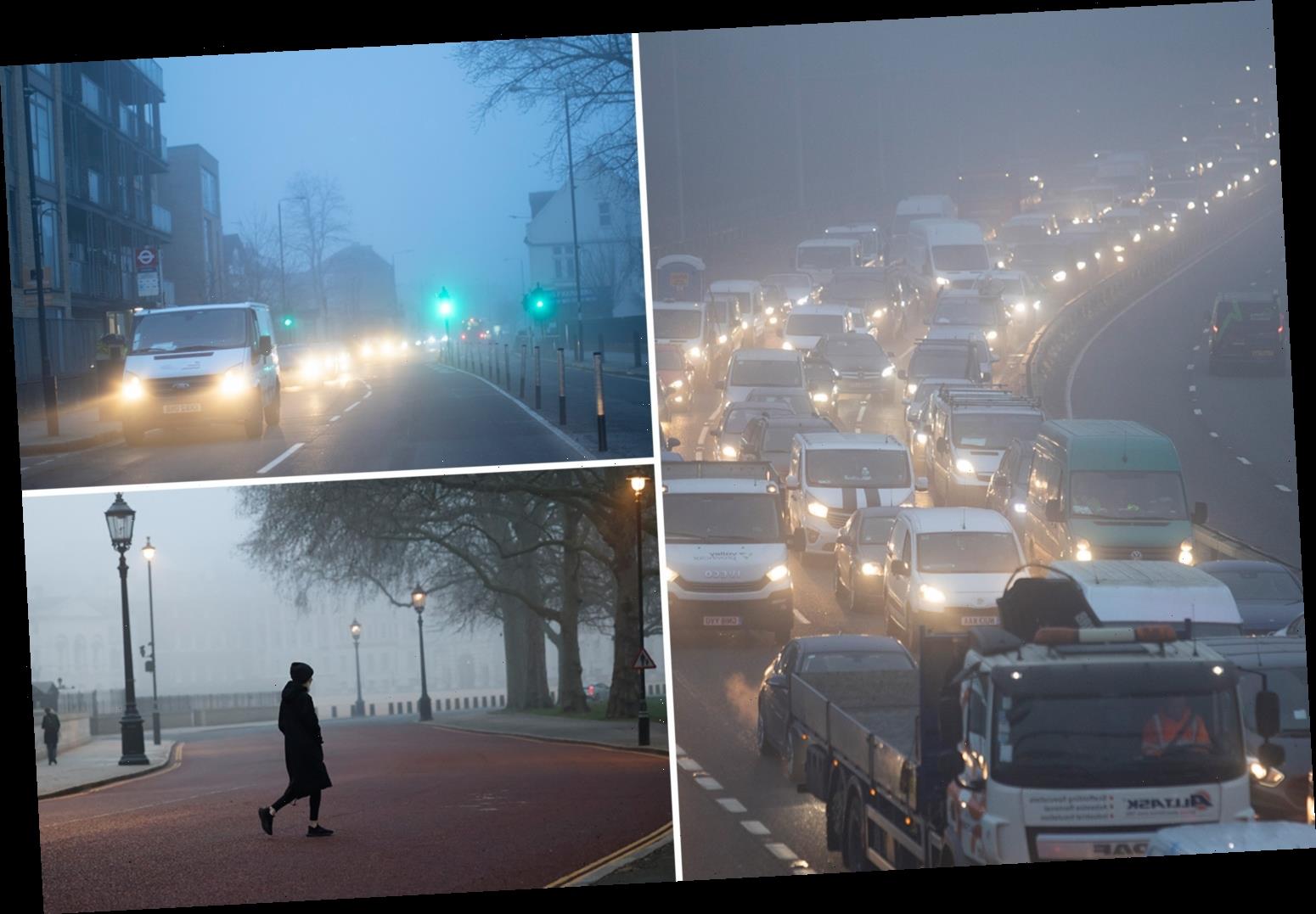 'SEVERE' thick fog is expected to cause travel disruption on the roads and in the air today – as mist lingers in London and the South East.

The Met Office has issued a yellow weather warning, with the dense fog set to bring reduced visibility, travel chaos, and flight cancellations this morning.

⚡ Read our UK weather live blog for the very latest news and forecasts... 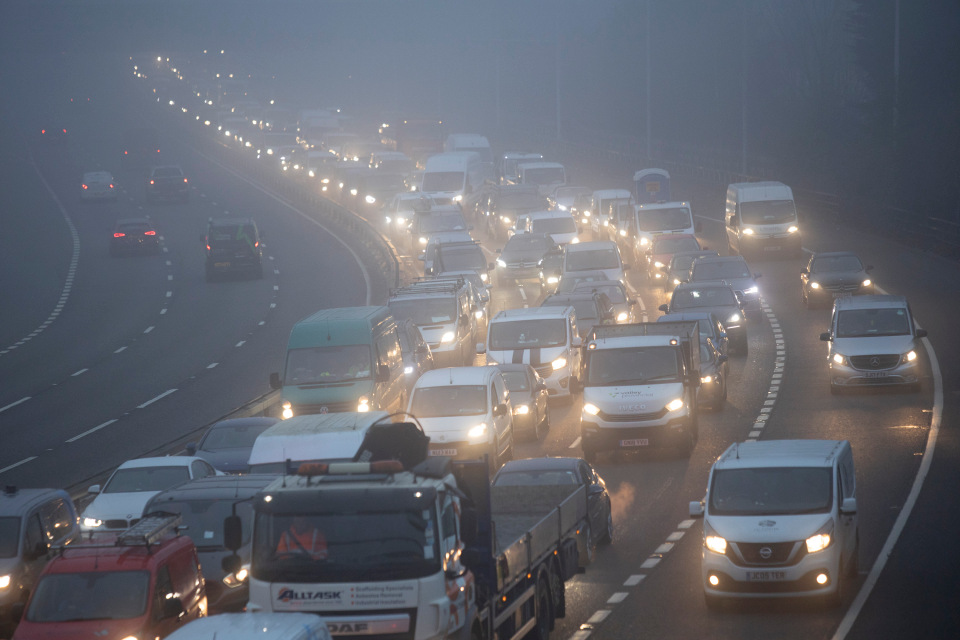 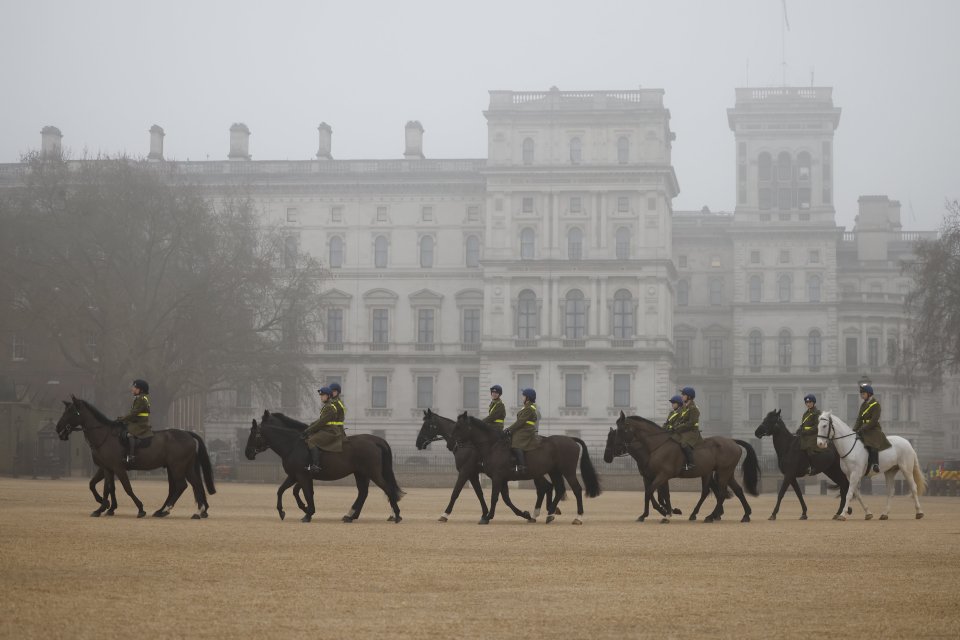 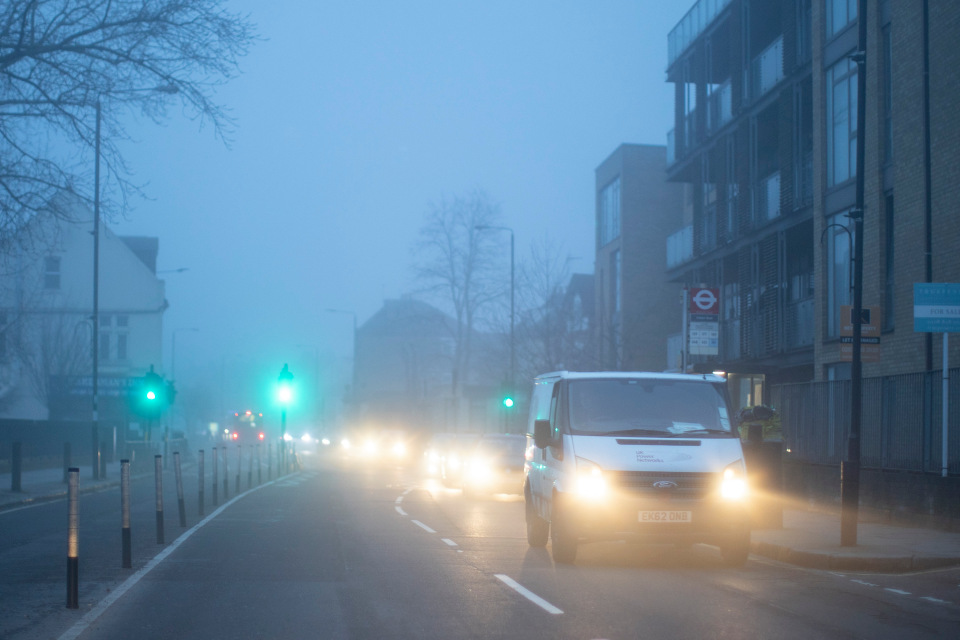 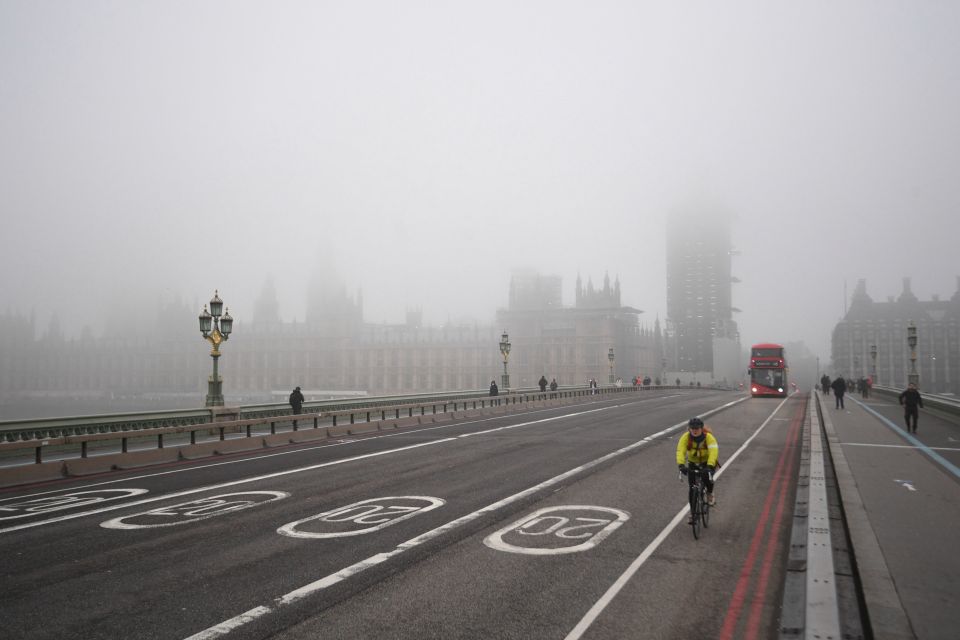 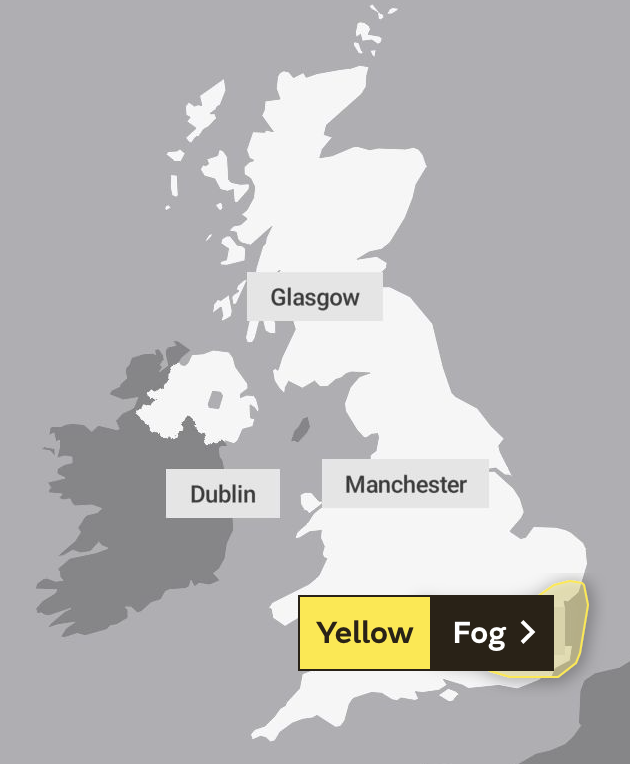 Areas as far west as Gloucestershire, stretching all the way to Southend-on-Sea on the Eastern coast, will be affected by the thick fog this morning.

The weather warning covers the whole of London, the South East, parts of the South West, and East of England.

The Met Office has warned that there will be slower journey times for Brits travelling on the roads this morning.

Drivers are being urged to drive slowly with dipped headlights – as full-beam lights reflect off the fog causing a 'white wall' effect.

And bus and train services are also likely to be delayed amid the mist.

Flights are also set to be cancelled or delayed as the fog continues to disrupt the visibility for airlines.

There will be patches of thick fog, reducing the visibility to 100m or less in some places.

However, the severe warning, along with the fog, is expected to pass by 10am today.

"Particularly dense at the moment across parts of south-east England.

"High pressure is in charge of our weather, not much else is going on.

"We do have this weather front coming in across the south-west and that is introducing some showers.

Into Thursday, Ms Kirkwood said: "Once again we see a return to a lot of low clouds, some mist and some fog and a new weather front coming in from the north-west will introduce some colder air and some snow across Orkney and Shetland."

Meanwhile, temperatures are set to plummet this weekend as Britain is hit by another deep freeze.

The spring-like warm weather will be short-lived as the mercury drops to -10C in some areas.

Lockdown-weary Brits flocked to seasides and parks at the weekend as the sun finally showed itself.

Crowds were pictured soaking up the rays after months of rain, wind and snow – and being locked inside.

Temperatures hit the mid-teens across southern England, even reaching 18C in Weybourne, Norfolk on February 24 – making it the warmest day of the year so far.

But this week has already seen Brits shiver in 4C chills amid thick fog. 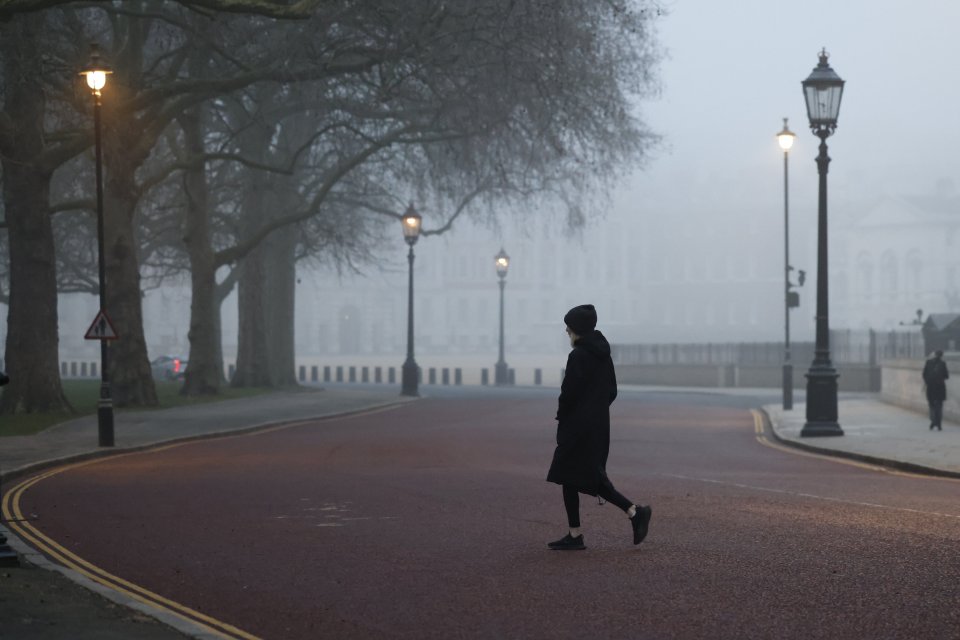 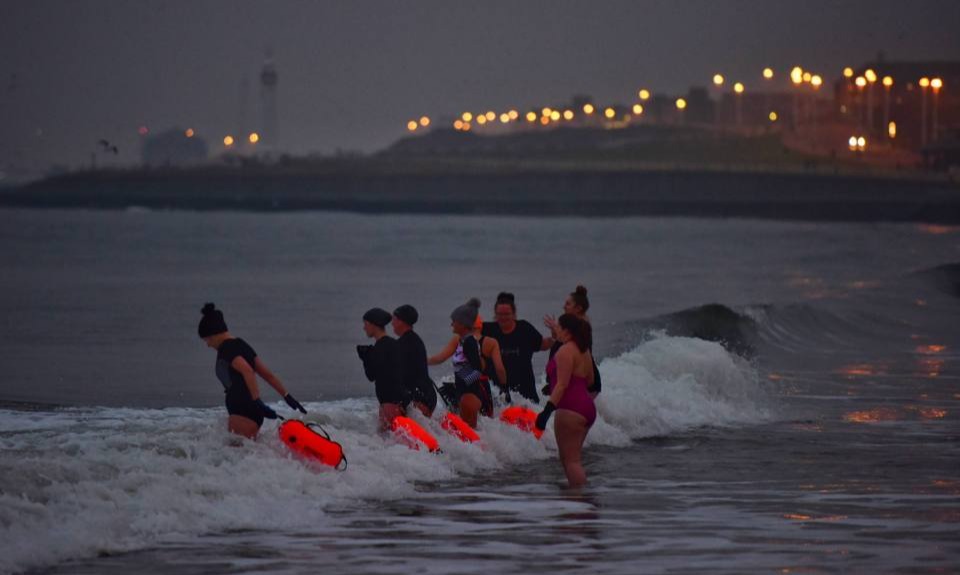 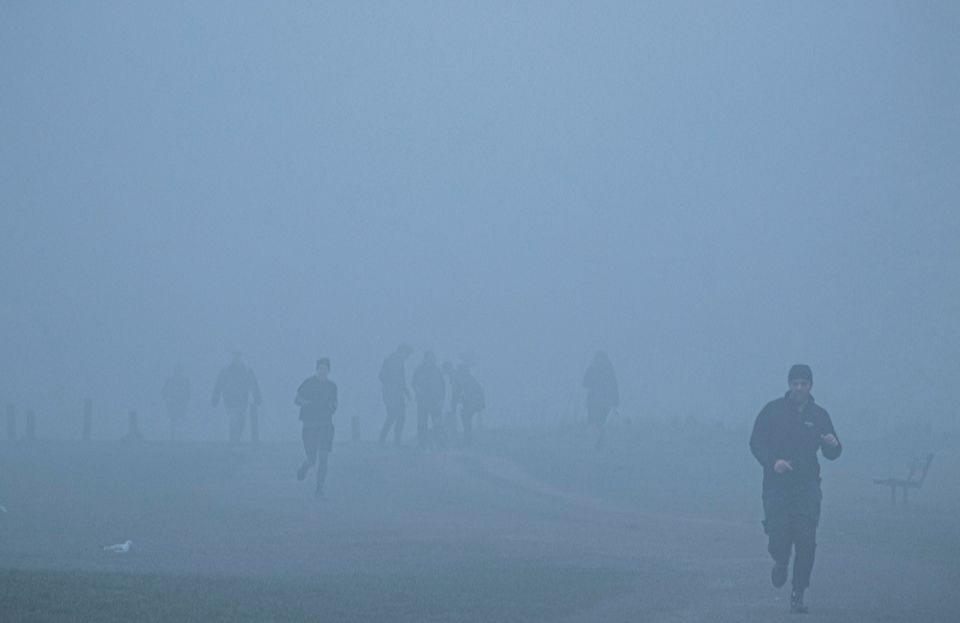