CARACAS (Reuters) – Venezuela’s government struck back at self-declared interim president Juan Guaido on Tuesday, seeking a travel ban and freeze on his bank accounts that prompted a warning from Washington of “consequences” after imposing oil sanctions. 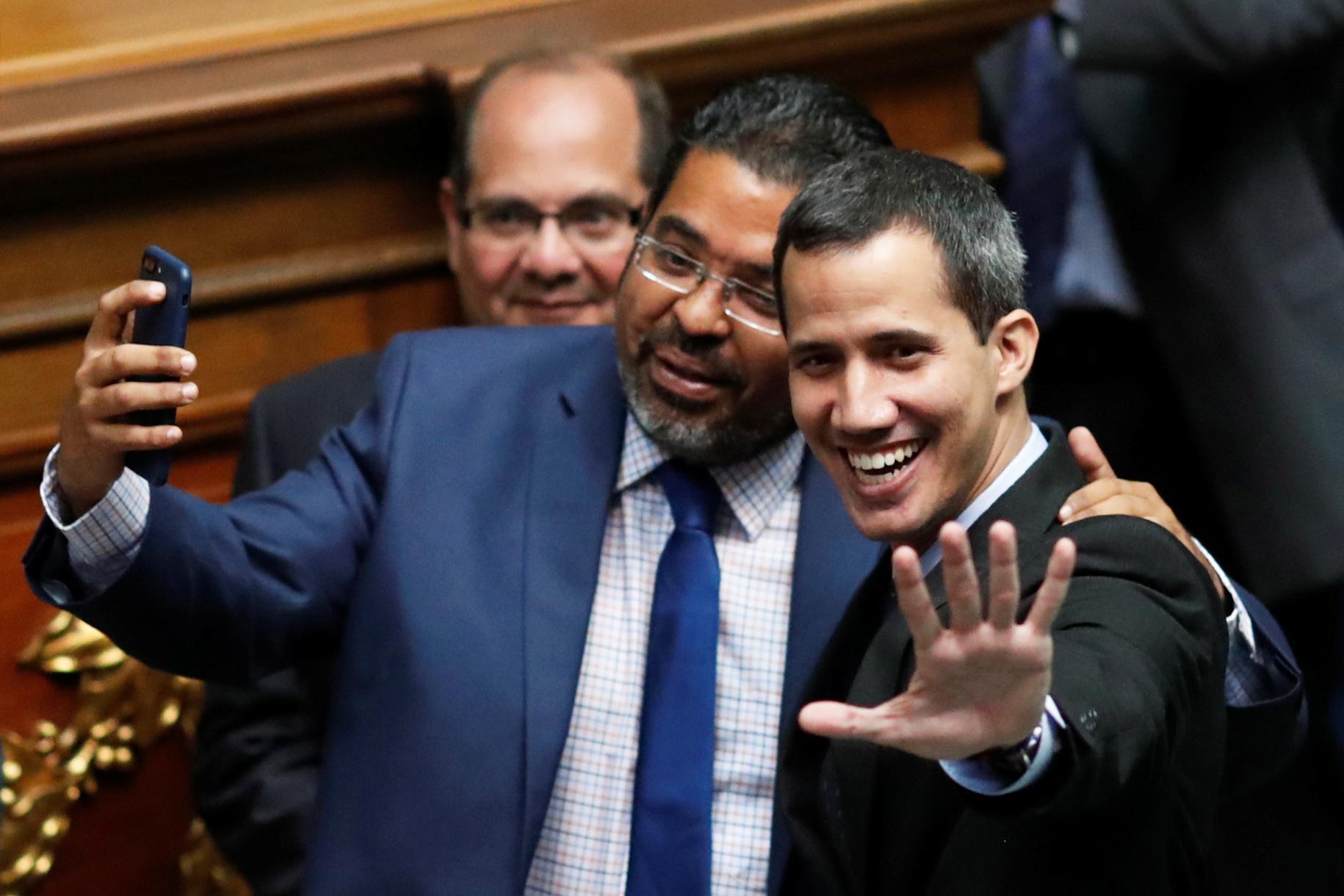 The sweeping U.S. sanctions on oil firm PDVSA, announced on Monday, means the state-run company may not be able to fulfill contracts with North American buyers, the government of President Nicolas Maduro said.

Aimed at driving Maduro from power, the sanctions were the strongest measures yet against the 56-year-old former union leader, who has overseen economic collapse and an exodus of millions of Venezuelans in recent years.

The measures triggered higher global oil prices, angry responses from China and Russia and the first serious moves against Guaido since he challenged Maduro’s claim on the presidency last week.

Venezuelan Attorney General Tarek Saab said he had asked the Supreme Court to open a preliminary investigation into Guaido, accusing him of helping foreign countries to interfere in internal matters. He also asked the court to impose a travel ban on the 35-year-old leader and to freeze his bank accounts.

In response, U.S. national security adviser John Bolton warned of “serious consequences for those who attempt to subvert democracy and harm Guaido,” in a tweet that described Saab as the “illegitimate former Venezuelan Attorney General.”

The United States and several other countries have recognized Guaido as Venezuela’s legitimate head of state and denounced Maduro as a usurper. Maduro, sworn in on Jan. 10 for a second term after disputed elections last year, accuses Guaido of staging a U.S.-directed coup against him. Maduro is backed by a number of countries, including Russia.

Maduro’s inauguration sparked protests throughout Venezuela. Over 40 people are believed to have been killed in political violence last week, including 26 shot by pro-government forces, five killed in house raids and 11 during looting, U.N. human rights spokesman Rupert Colville said on Tuesday.

Guaido said on Tuesday he did not underestimate the threat of imprisonment but did not believe it was “anything new.” Many opposition leaders have been imprisoned in the South American nation.

“We are here. We will keep acting and working to confront the humanitarian crisis,” Guaido told a news conference.

Most experts believe the sanctions and other measures against Maduro will encourage him to step down only if he loses the support of the powerful military, which until now has been mostly loyal to the leftist ruling party founded by late President Hugo Chavez.

Maduro appeared on a television broadcast from a military base on Tuesday, praising the soldiers’ loyalty.

As a lawmaker who heads the National Assembly, Guaido has immunity from prosecution unless ordered by a top court. However, the Supreme Court is loyal to Maduro and is expected to quickly open the investigation.

The U.S. State Department said on Tuesday it had certified Guaido’s authority to control certain assets held by U.S.-insured banks, including government and central bank accounts.

U.S. military invention is seen in Washington as highly unlikely, but President Donald Trump has repeatedly said “all options are on the table” and notes Bolton held at a Monday briefing containing the words “5,000 troops to Colombia” have raised questions.

Oil minister and PDVSA head Manuel Quevedo said on Tuesday that PDVSA was considering declaring partial force majeure on its contractual obligations in the United States. The company would not allow the opposition to take control of its U.S. refinery unit Citgo, Venezuela’s key foreign asset, he said.

All oil tankers leaving Venezuelan ports would have to pay for crude before departing, he said.

“We can’t allow Venezuelan oil to be stolen,” he said in a speech on state television.

PDVSA is also seeking to sidestep the sanctions by asking major buyers, including U.S. refiners, to renegotiate contracts, sources said.

The Kremlin condemned the sanctions as illegal interference, while China said they would lead to suffering for which Washington would bear responsibility.

The sanctions could cause problems for Venezuela when it comes to servicing its sovereign debt to Russia, which stands at $3.15 billion, Russian Deputy Finance Minister Sergei Storchak told reporters on Tuesday.

In Geneva, senior U.S. and Venezuelan diplomats traded jibes at a disarmament conference. Venezuela’s ambassador, Jorge Valero, said the Trump administration was preparing a “military invasion” and questioned whether Washington had the moral authority to “impose a diktat” on Caracas.

Venezuela has sunk into economic and political turmoil under Maduro’s socialist government, with inflation seen rising to 10 million percent this year. 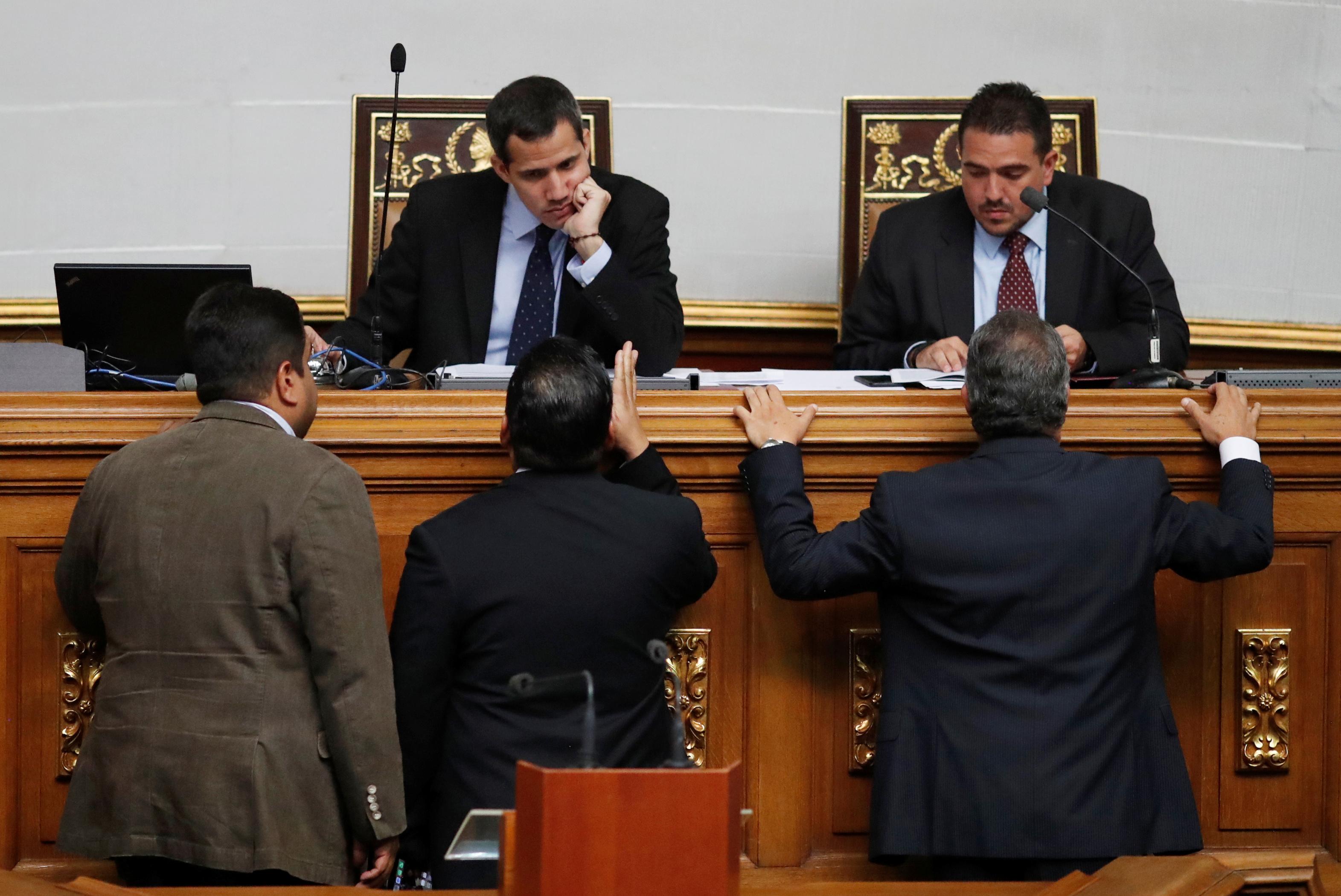 The loss of revenue from the United States, the No. 1 buyer of Venezuelan crude, is sure to further hamper the government’s ability to import basic goods like food and medicine, exacerbating a humanitarian crisis that has prompted more than 3 million people to leave the country in recent years.

“Sanctions on Venezuela will lead to the deterioration of conditions of people’s lives,” Chinese Foreign Ministry spokesman Geng Shuang told a news briefing in Beijing.