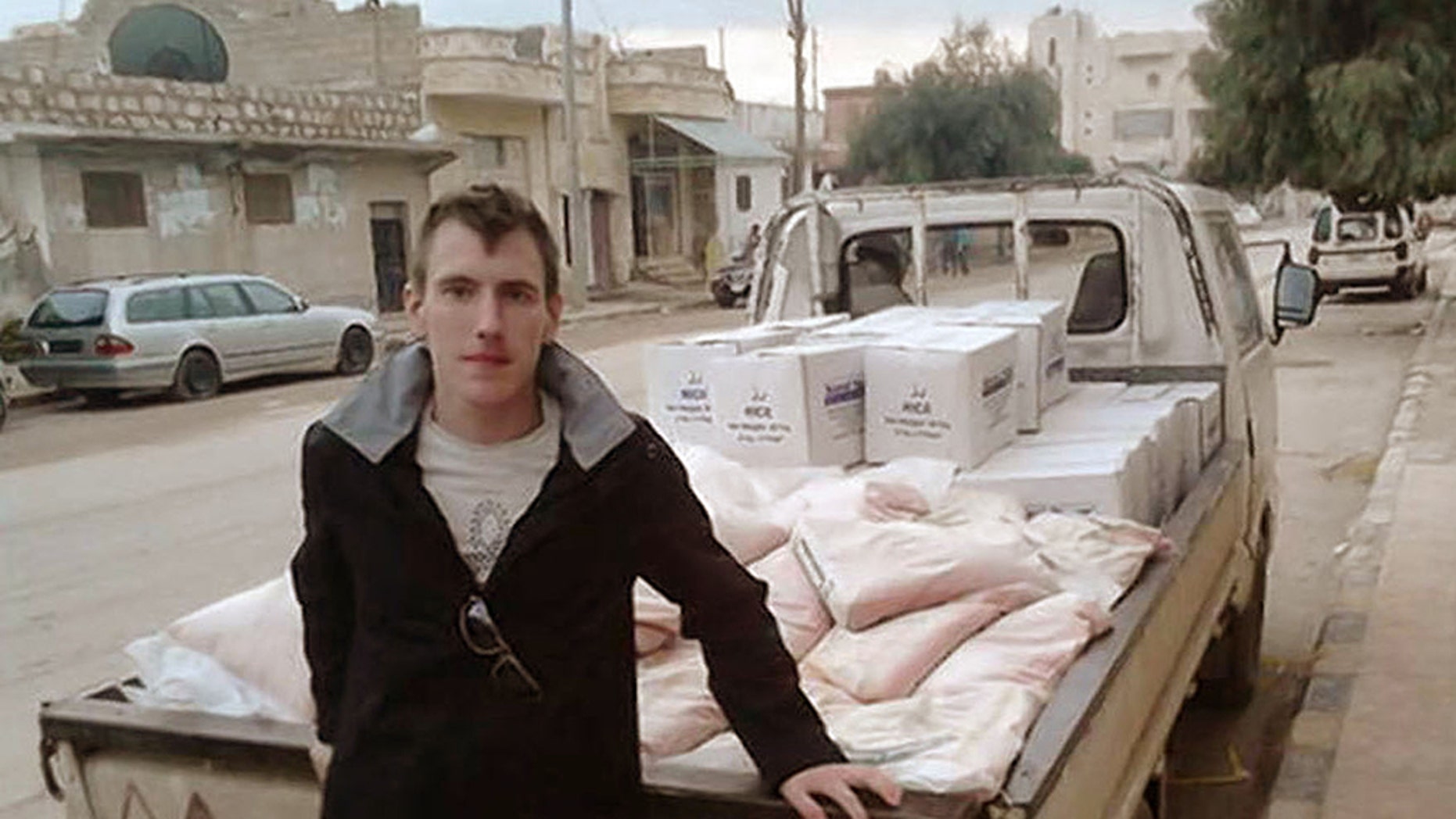 Former U.S. Army Ranger Peter Kassig, pictured here, was captured in Syria in 2013. The U.S.-led coalition said that Abu al Umarayn, a senior ISIS leader who was involved in Kassig’s death, was killed in a drone strike on Sunday.<br data-cke-eol="1">
(Ropi/ZUMA Wire)

Abu al Umarayn, a senior ISIS leader who was involved in the brutal murder of former U.S. Army Ranger Peter Kassig, was killed in a drone strike in Syria on Sunday, the U.S.-led coalition said.

The leader, along with "several other ISIS members," was killed in precision drone strikes in Syria's Badiyah Desert, coalition spokesperson Col. Sean Ryan said in a statement.

"Al Umarayn had given indications of posing an imminent threat to Coalition Forces and he was involved in the killing of American Citizen and former U.S. Army Ranger, Peter Kassig," officials said. "He has been linked to and directly involved with executing several other prisoners as a senior ISIS member."

The statement continued, "Coalition airstrikes continue to disrupt ISIS command and control on the battlefield as we remove key figures from their ranks.”

Kassig, a 26-year-old aid worker and U.S. citizen, was captured in Syria in October 2013 as he was providing aid to Syrians who were fleeing the country's civil war. His friends say he converted to Islam in captivity and took the first name Abdul-Rahman. ISIS released graphic video in 2014 showing he was beheaded, and U.S. officials confirmed the footage was authentic.

He enlisted in the Army more than a decade ago, and became a Ranger, ultimately serving in the 75th Ranger Regiment, an Army special operations unit, according to his military record. Kassig trained at Fort Benning, Georgia, in 2006, and deployed to Iraq from April to July 2007. He was medically discharged at the rank of private first class in September 2007.

In a January 2013 interview with Time, Kassig said he traveled heavily throughout Lebanon to assess the needs of people there.

Kassig formed the aid organization Special Emergency Response and Assistance, or SERA, in Turkey to provide aid and assistance to Syrian refugees. He began delivering food and medical supplies to Syrian refugee camps in 2012 and is also a trained medical assistant who provided trauma care to injured Syrian civilians and helped train 150 civilians in providing medical aid.

Fox News’ Lucas Tomlinson and The Associated Press contributed to this report.