Senate advances measure aimed at ending US’s role in the war, while House moves to stall taking up Yemen bill this year. 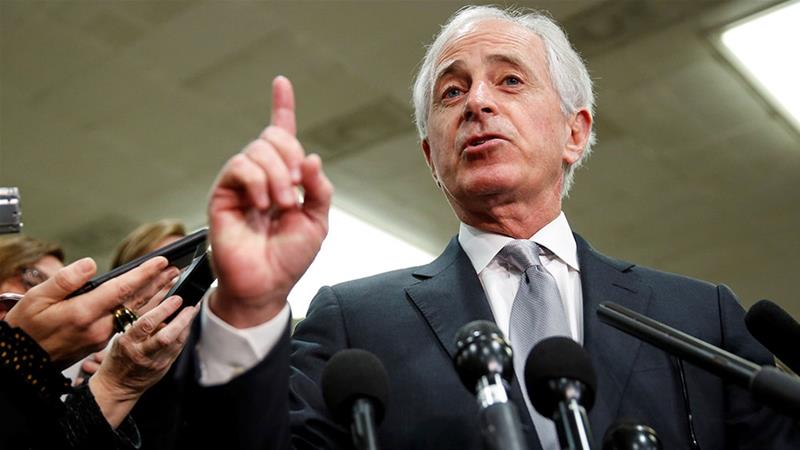 The Senate is debating a resolution aimed at ending the US involvement in Yemen. The measure has won new support in the aftermath of the killing of Saudi journalist Jamal Khashoggi.

The Senate voted 60-39 on Wednesday to open debate on the resolution, signaling there is enough support to win the 50 votes needed. But it’s unclear how amendments to the measure will affect the final vote, which could come later Wednesday.

The advancement of the resolution was largely symbolic because the House of Representatives is not expected to take the matter up this year, and Trump has threatened a veto. But backers of the resolution said it sent an important message that lawmakers are unhappy with the humanitarian disaster in Yemen, and angry about the lack of a strong US response to the killing of prominent journalist Jamal Khashoggi at a Saudi consulate in Turkey.

The Trump administration had urged lawmakers not to oppose US fueling and other support for the Saudi-led coalition as it battles the Houthis, Shi’ite Muslim fighters Yemen’s neighbors view as agents of Iran.

While some Republicans support the resolution, which was sponsored by Republican Senator Mike Lee of Utah and Independent Senator Bernie Sanders of Vermont, Majority Leader Mitch McConnell and most other Republicans oppose it.

“I think every single member of this body shares grave concerns about the murder of Khashoggi and wants accountability,” McConnell said. “We also want to preserve a 70-year partnership between the United States and Saudi Arabia, and we want to ensure it continues to serve American interests and stabilizes a dangerous and critical region.”

‘I believe MBS is responsible for it’

Senators have been enraged over Khashoggi’s October killing and the White House response. US intelligence officials have concluded that Saudi crown prince Mohammed bin Salman must have at least known of the plot, but President Donald Trump has been reluctant to pin the blame.

That outrage prompted several Republicans to support the Yemen resolution because it would be seen as a rebuke to the longtime ally. Others already had concerns about the war in Yemen, which human rights groups say is wreaking havoc on the country and subjecting civilians to indiscriminate bombing.

Senate Foreign Relations Committee Chairman Bob Corker, a Republican from Tennessee, is preparing a separate, alternate resolution condemning the journalist’s killing. McConnell urged senators to vote for Corker’s measure, which he said “does a good job capturing bipartisan concerns about both the war in Yemen and the behavior of our Saudi partners more broadly.” Corker has not released the full text of that resolution.

Earlier on Wednesday, Secretary of State Mike Pompeo defended the Trump administration’s handling of Khashoggi’s killing, stressing Saudi Arabia’s importance as a US ally against Iran.

Pompeo repeated his assertion that there was no direct evidence linking Crown Prince Mohammed bin Salman to the October 2 murder of Khashoggi in the Saudi consulate in Istanbul, Turkey, despite a CIA assessment it was likely he ordered the killing.

CIA Director Gina Haspel briefed leaders of the House of Representatives behind closed doors about the killing. After the classified briefing, House members declined to comment beyond saying they had not heard anything that had changed their minds about Khashoggi’s death.