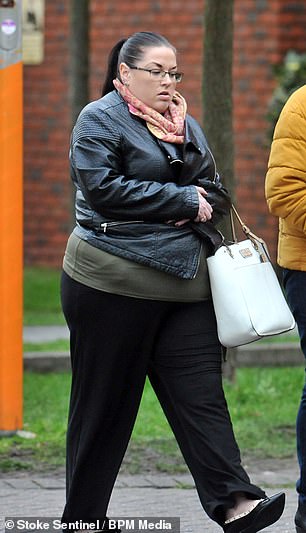 Laura Hopkin, 35, was jailed for 14 months at Stoke-on-Trent Crown Court after she left two children at home to go for a booze-fuelled night out at Pink club in Hanley, Staffordshire

A ‘self-centred’ alcoholic has been jailed after left two children home alone to go on a booze-fuelled night out clubbing.

Laura Hopkin, 35, at first told police she had left a young girl and a baby with a friend to go out partying.

But returning home from the heavy night out at 6am, Hopkin later admitted she had left them on their own when she couldn’t get a babysitter.

The defendant was already subject of a suspended nine-month jail sentence in March 2019 for administering a poison or noxious substance to her then-partner by pumping insulin into his body using a specialist Bluetooth handset.

But just seven months later, on October 3, she went out leaving a schoolgirl and a baby on their own.

A concerned neighbour – who she had asked to babysit earlier on – saw her in Pink club, Hanley, Staffordshire, and decided to check on the defendant’s house when she returned at 4.30am.

The girl was crying and the baby was soaked in urine.

The defendant had locked both doors and the neighbour was forced to climb through a window to get to the children and take them to her home.

The defendant arrived home about 6am and called the police. She lied in the first call but later admitted leaving the children on their own.

Now Hopkin has been jailed for 14 months at Stoke-on-Trent Crown Court.

Prosecutor Caroline Harris said the defendant decided to go out alone on the evening of October 3.

She went to her neighbour’s at 8pm to ask if her daughter could babysit but she refused. She returned and again they said no. 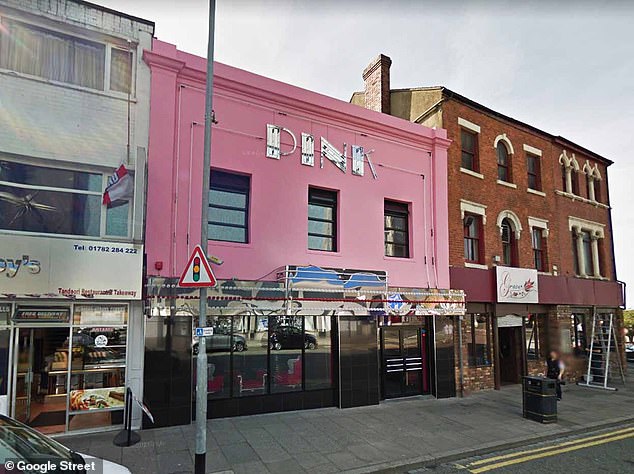 Miss Harris said: ‘She got a taxi to Pink regardless. She had a drink and then went home and drank a bottle of wine before going back out.

‘She left the children in bed asleep and went out in the early hours and was seen in Pink by her neighbour. She said the children were being looked after.

‘The neighbour left at 3.30am and got home an hour or so later. She checked on the defendant’s home and found a light on downstairs. She knocked on the door and the child came to the window. She was crying and shaking. The baby was on the floor on a blanket.

‘The neighbour asked to be let in. She and a friend had to be let in through the kitchen window, climbing on a wheelie bin to get in. The house was cold. The baby was soaked in urine.

‘The child said she had been trying to feed the baby and was pouring milk directly from a bottle as she struggled to undo the top on the baby bottle.’

She told officers she went to Pink to collect belongings she had previously left there. But she decided to go in and had a large glass of wine. She then got a taxi, stopped at Tesco to buy a bottle of wine, and went home. She drank the wine and then took another taxi back to Pink. 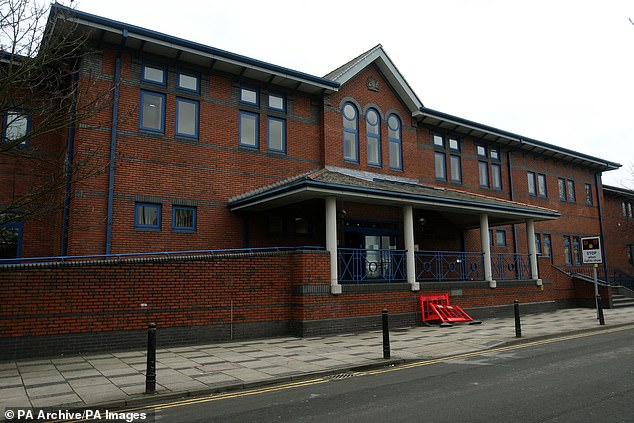 Hopkin, of Westwood Road, Meir, pleaded guilty to two offences of cruelty to a person under 16.

Paul Cliff, mitigating, conceded it was ‘appalling behaviour’. He said: ‘She is mortified with her behaviour. She is distressed on a daily basis as a result of what happened.

‘She is an alcoholic and stopped drinking in May. It is still a daily battle to stay away from alcohol.’

Judge Paul Glenn said: ‘You had tried to get a neighbour or her 16-year-old daughter to babysit for you. They declined. Undeterred you went to Pink in Hanley.

‘The same neighbour saw you there. You told her the two children were being looked after. It was a blatant lie because you had left them unattended.

‘When the neighbour went home she had the presence of mind to go to your home. She discovered you were still out. She found the child upset, asking where you were.

‘There was no escape route for the children because the front door and back door had been locked and the neighbour got in through the window.

‘She found the baby soaking wet. There was no heating on and the house was cold. The neighbour took both children to her home.

‘The police attended your home at about 6.15am. By then you had made calls in relation to the children being missing. In the first of those you told lies. The police observed you were highly intoxicated.’

The judge said the defendant was subject to a suspended sentence for a ‘truly wicked offence’ in which she caused her then partner to have a very high dose of insulin into his body.

Judge Glenn added: ‘I am quite sure you are remorseful. Alcohol remains a serious issue despite the fact you are said to be drink-free for some months.

‘There were two young children, one a baby, left unattended. In my judgement that is a significant level of neglect.

‘It was not a momentary lapse of judgement. Having gone out once, you went out again.

‘You chose to carry on drinking excessively when confronted with issues in your personal life. You chose to deal with matters by going out drinking and totally ignoring the needs of two children. It was totally self-centred behaviour.

‘It has to be immediate custody for what your counsel described as appalling behaviour.’