Deal will cover 8,576 people detained by the Houthis, including teachers and children, and 7,487 Houthi fighters. 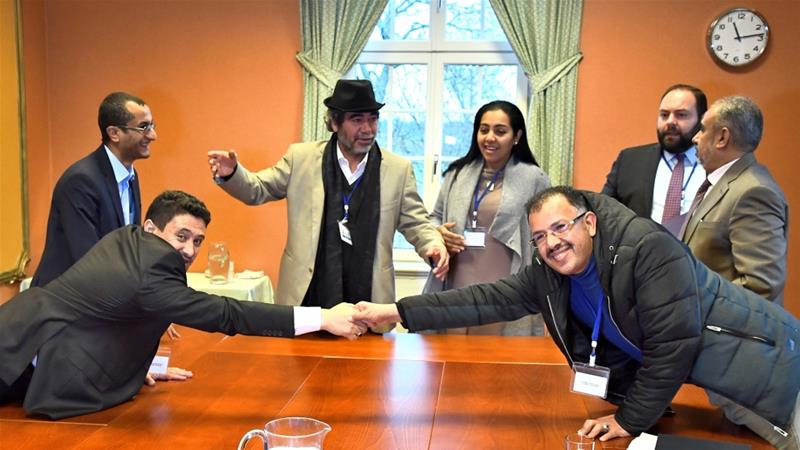 Rimbo, Sweden – Yemen’s warring sides have agreed terms on a large-scale prisoner swap with more than 16,000 detainees expected to be released early next year.

According to a document obtained by Al Jazeera, the government requested that at least 800 teachers, 359 children, 357 tribal figures, 200 Imams, and 88 women, be among those released.

One source said the Houthis were expected to release several high-ranking commanders as part of a confidence-building measure, with the former minister of defence, General Mahmoud al-Subaihi, and relatives of President Abd-Rabbu Mansour Hadi, expected to be released in the coming days.

“We have also requested that the rebels hand over the body of Ali Abdullah Saleh,” Zouail added.

Saleh, who was an ally of the Houthis, was killed in December 2017 after he publicly said he was willing to engage in talks with Saudi Arabia if it stopped its bombing campaign.

Abdul Qader al-Murtada, a member of the Houthi delegation, didn’t specify the names of any high-profile officials the Zaydi Shia movement wanted released, instead saying the process would begin on January 20.

“Both sides have agreed that the prisoners will be flown out of Sanaa and Seiyoun airport and the Red Cross will be the one to provide planes,” he said.

Maysa Shuja al-Deen, a non-resident fellow at the Sanaa Center for Strategic Studies, said the lifting of the siege on Taiz and resolving the dispute over Sanaa airport could also be addressed before the talks are scheduled to end on December 14.

“It’s great news for the thousands of people detained that they will now be released, but this isn’t a major breakthrough. There are still major obstacles to overcome if these talks are to be successful – Hodeidah city and its port.”

Hodeidah’s port is a lifeline for humanitarian supplies entering Yemen, but restrictions by the Saudi-UAE coalition on commercial goods have exacerbated the war-torn country’s humanitarian crisis, with some 22 million Yemenis currently needing assistance.

Riyadh and Abu Dhabi see Hodeidah as the main entry point for weapons for the Houthis and have accused their regional rival Iran of sending missiles to the rebels, a charge Tehran has denied.

The Yemeni government, which claims its forces are only 3km from the port, is demanding the Houthis relinquish complete control and withdraw from the city entirely.

The Houthis have said they are prepared to hand over the port to the UN, but only if the Saudi-UAE coalition stops its air raids.

“Lifting the blockade on the city on Taiz should also be something easy to address, the rebels haven’t engaged in fierce fighting there for more than a year,” Shuja al-Deen said.

“Addressing the issue of Sanaa airport should also be easy, but we’ll have to wait and see what happens next”.

Yemen has been devastated by a multi-sided conflict since 2014 involving local, regional, and international actors.

The Houthis, a group of Zaydi Shia Muslims who ruled a kingdom in northern Yemen for nearly 1,000 years, exploited widespread anger against Hadi in 2014 and toppled his government in early 2015, triggering one of the world’s worst humanitarian crises.

The warring sides have been meeting in the Swedish town of Rimbo, 60km north of Stockholm, since Thursday for talks aimed at discussing ways to end the fighting that has killed an estimated 60,000 people.

Earlier on Tuesday, the ACLED, (Armed Conflict Location and Event Data), a war monitor, reported that at least 28,182 had been killed in the first 11 months of this year – a 68 percent increase on figures from 2017.

It said at least 3,058 were killed last month, despite pressure from Western powers on the Saudi-UAE coalition to roll back its bombing campaign ahead of the UN-sponsored peace talks.

The talks in Sweden have come at a critical time with a staggering eight million people – a number greater than the entire population of Switzerland – on the verge of famine.

Yemen’s currency, the riyal, has depreciated by nearly 180 percent in recent months, pushing even more towards starvation.

Food prices have increased by an average of 68 percent and the price of fuels such as petrol, diesel, and cooking gas has increased substantially. 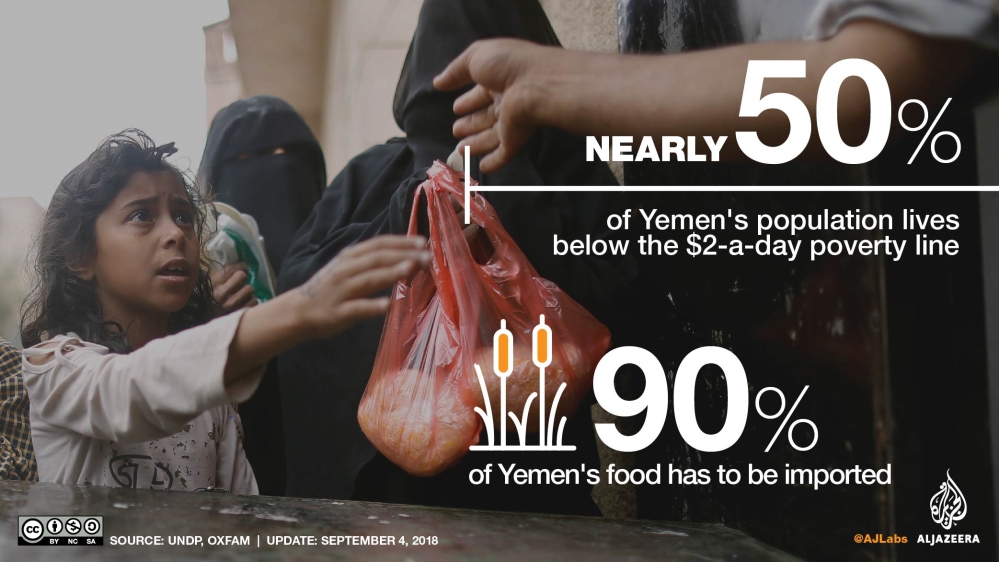