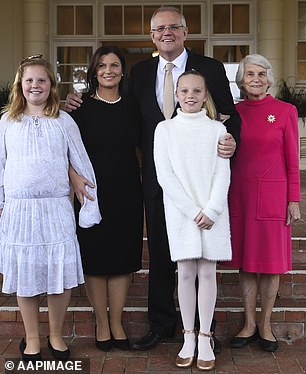 Scott Morrison with  daughter Abbey, 11 wife Jenny, daughters Lily, 9 and mother Marion at Government House in Canberra in May 2019

Prime Minister Scott Morrison has revealed how he was forced to increase security at his family home to protect his wife and children after booting a bikie boss out of the country.

Mr Morrison was Immigration Minister in 2014 when he cancelled Rebels boss Alex Vella’s visa after allegations the bikie gang leader was linked to kidnapping, extortion and drug running.

Speaking to Sky News on Wednesday from Kirribilli House in Sydney, Mr Morrison said he wasn’t taking any chances after the decision.

Mr Morrison revealed how he boosted security at his home to protect his wife Jenny, 51, and daughters Abbey, 11, and Lily, 9.

‘When I was Immigration Minister we had, sadly, had to have full time security there for a quite long period of time…there was some amendment and changes made to the house at that time,’ the 51-year-old said.

‘That was when we kicked out Vella, the head of the bikie gang.

‘And for some time we had, and even the kids on that occasion.

‘Now thankfully nothing came of that, but when you are dealing with outlaw motorcycle gang bosses, you don’t take chances.’

Vella was born in Malta in 1953, emigrated to Australia aged 14 in 1967 but never became an Australian citizen.

He became president of the Rebels Motorcycle Club since 1973 but it is unclear whether he is still holds the position. 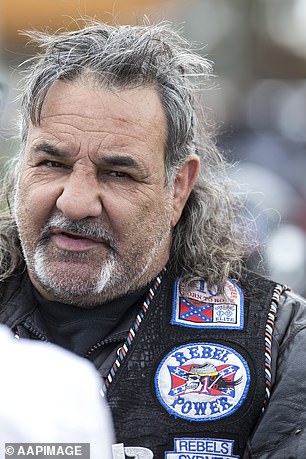 Vella has a wife, two sons and two stepsons, nine grandchildren, nine siblings and an elderly mother, all of whom are Australian citizens.

Vella contested the decision but remains stranded in Malta.

‘I stand by my decision to cancel his visa and I stand by the decision not to review that decision,’ Mr Morrison said at the time.

‘He is in Malta and according to our government’s policy, that’s where he will stay.

‘They can pursue this through the courts and they will do that no doubt.

‘It is not the government’s plan or policy or demeanour to give this character a visa.

‘We cancelled the visa that Labor renewed when it came to Mr Vella and I stand by that 100 per cent.’

On his website, Vella said he hopes to one day return to Australia.

‘All I want is to be able to return to my home of 46 years and be re united with my family.’ 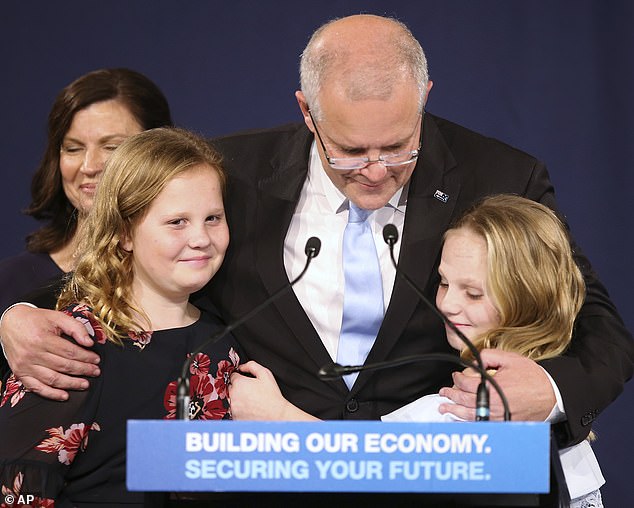 Tucker began his Friday show on Fox News with another rant complaining about any and all attempts to diversify the...