A HOLIDAY park was left devastated after a landslide saw 500 caravans evacuated as mobile homes were sent crashing into eachother in torrential rain. 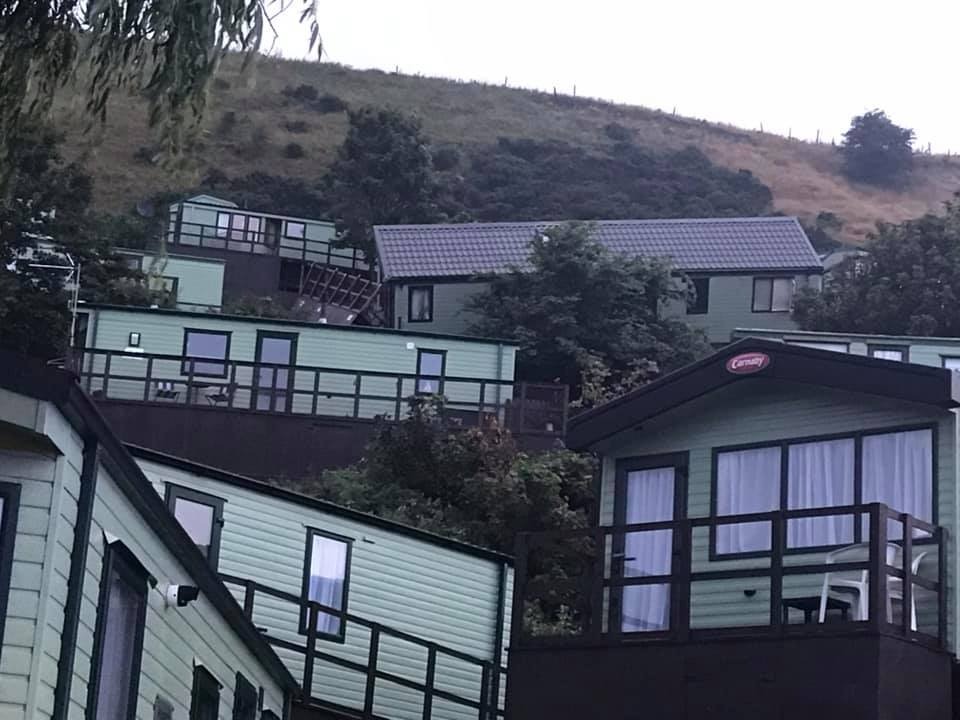 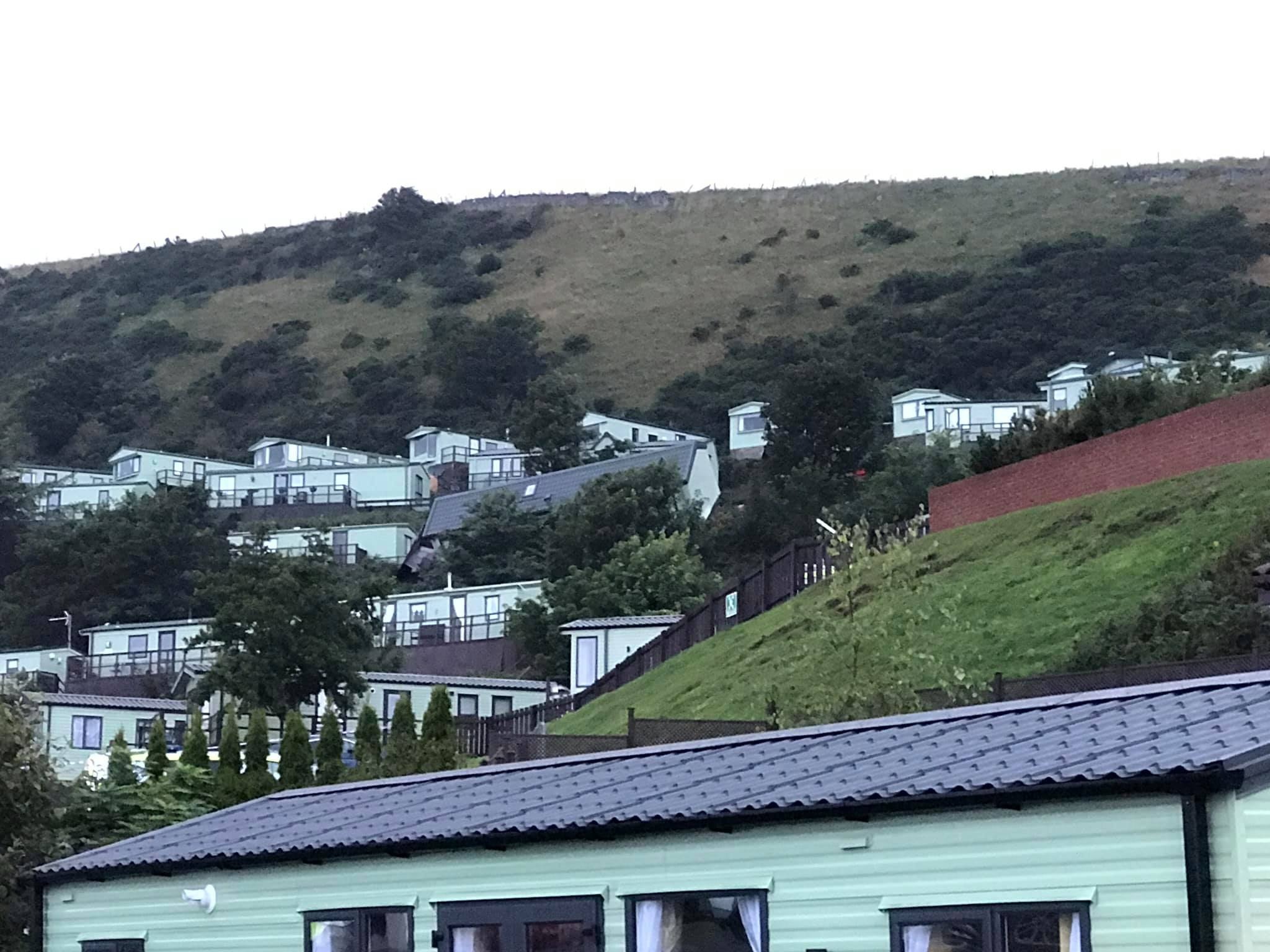 Hundreds of people were hauled out of their holiday homes as emergency services swooped on the scene late last night.

Shocking pics show caravans crashed into each other after slipping down the slopes of the holiday park.

Others are strewn at awkward angles after being shifted during the mudslide.

Glen McGill, of BRAWSCOTLAND photography, was one of the hundreds evacuated from his holiday home during the devastating incident.

He said: "We had hours and hours of the most horrendous lightning and heavy rain from at least 8pm to 3am.

The landslip blocked part of the local railway line and saw the A921 between Kinghorn and Burntisland shut.

Cops have urged drivers to avoid the area as emergency services worked on reopening the road. 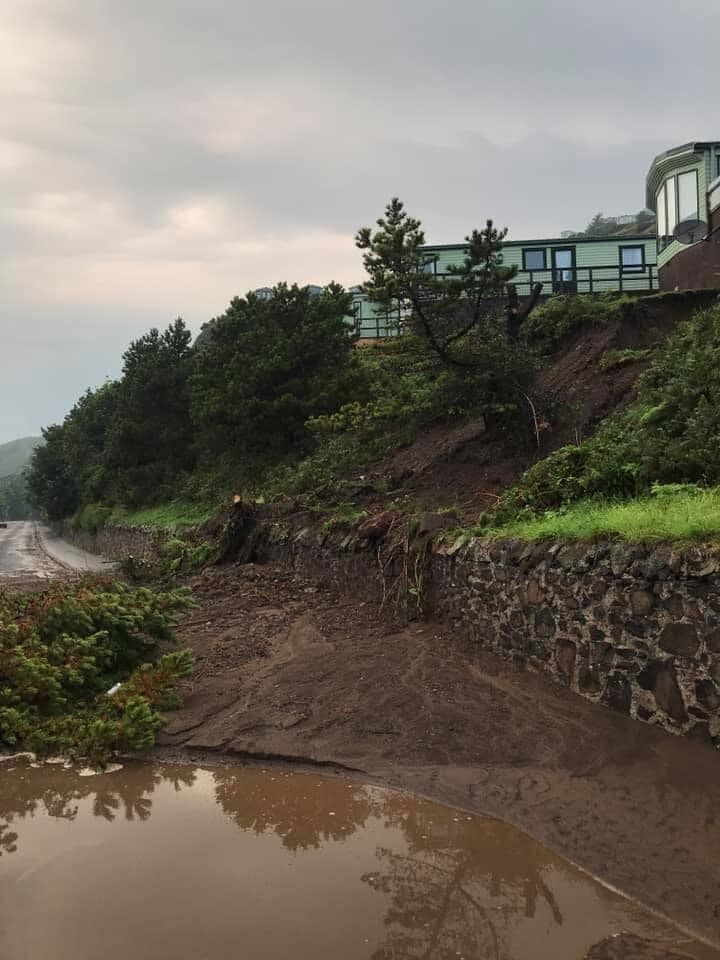 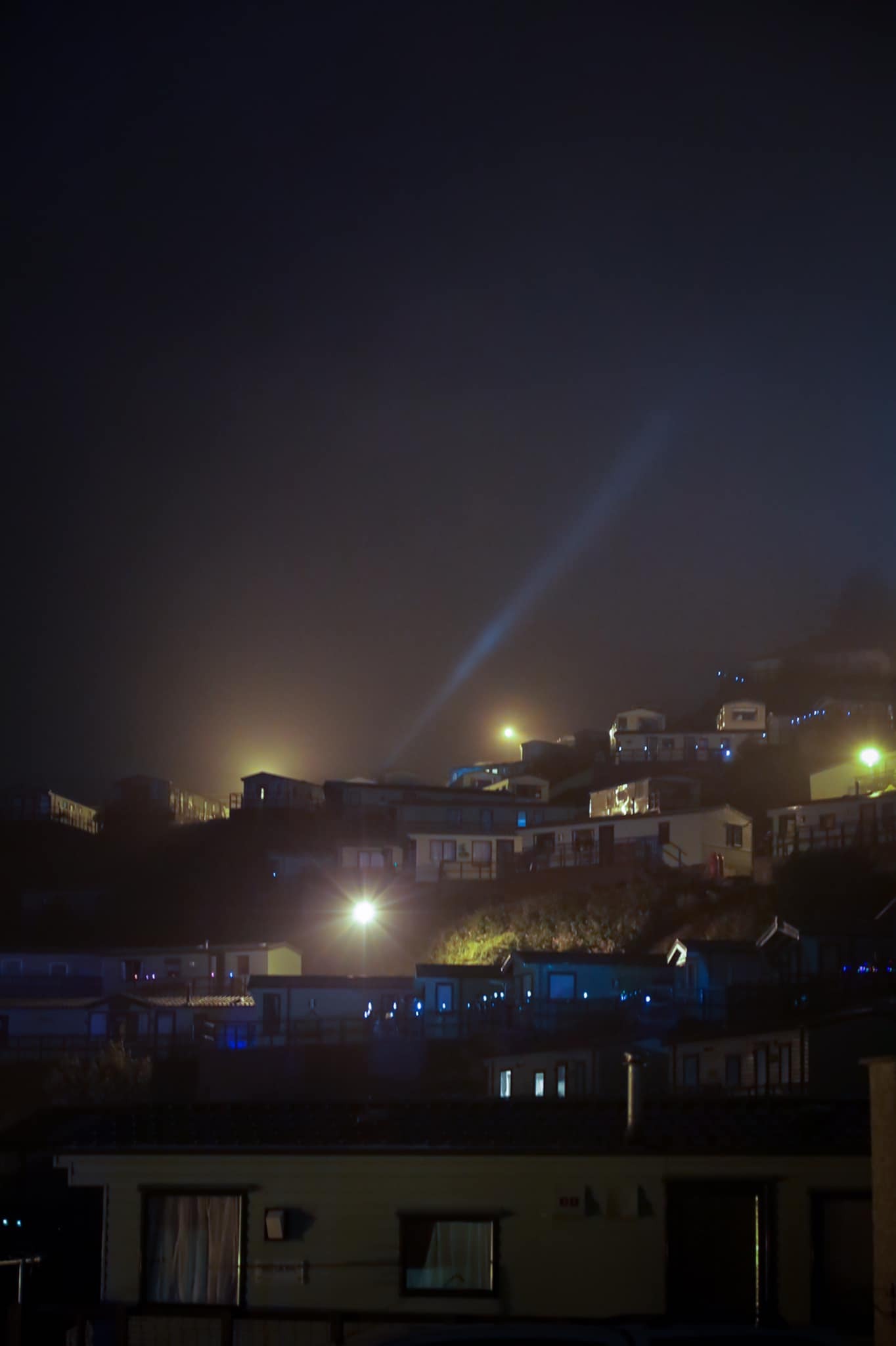 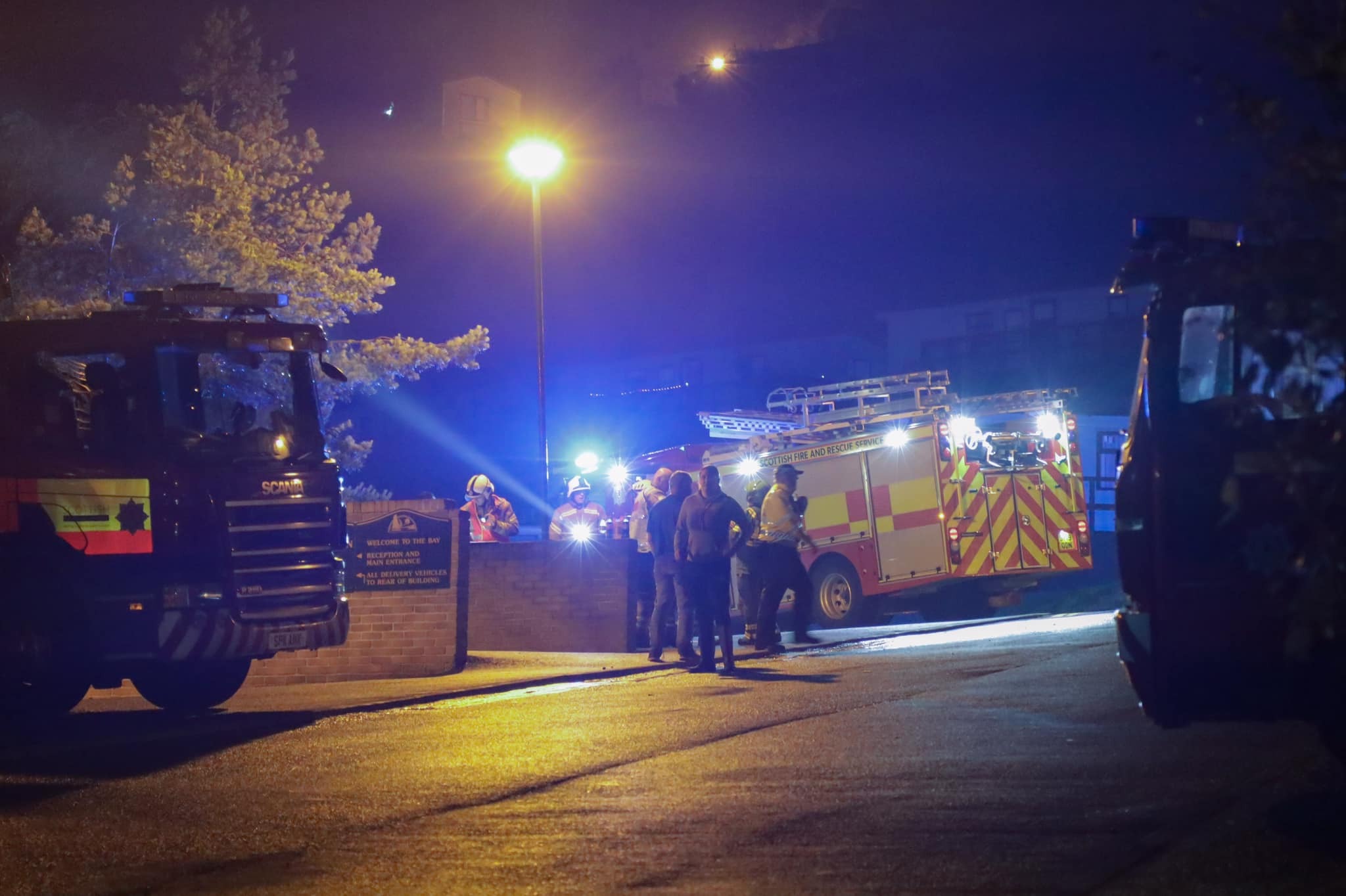 Posting pics on Facebook in the early hours of this morning, Glen wrote: "We’ve just been evacuated from our caravan due to danger of land slip.

"One along from us is already slipping. No sleep tonight as road out blocked both ways."

He later added: "All caravans now being evacuated at Pettycur.

"Main road blocked to either side with landslips though Burntisland side might be passable for emergency vehicles.

"A lot of mud and a few vans where they shouldn’t be. Just hope the ground isn’t any more unstable." 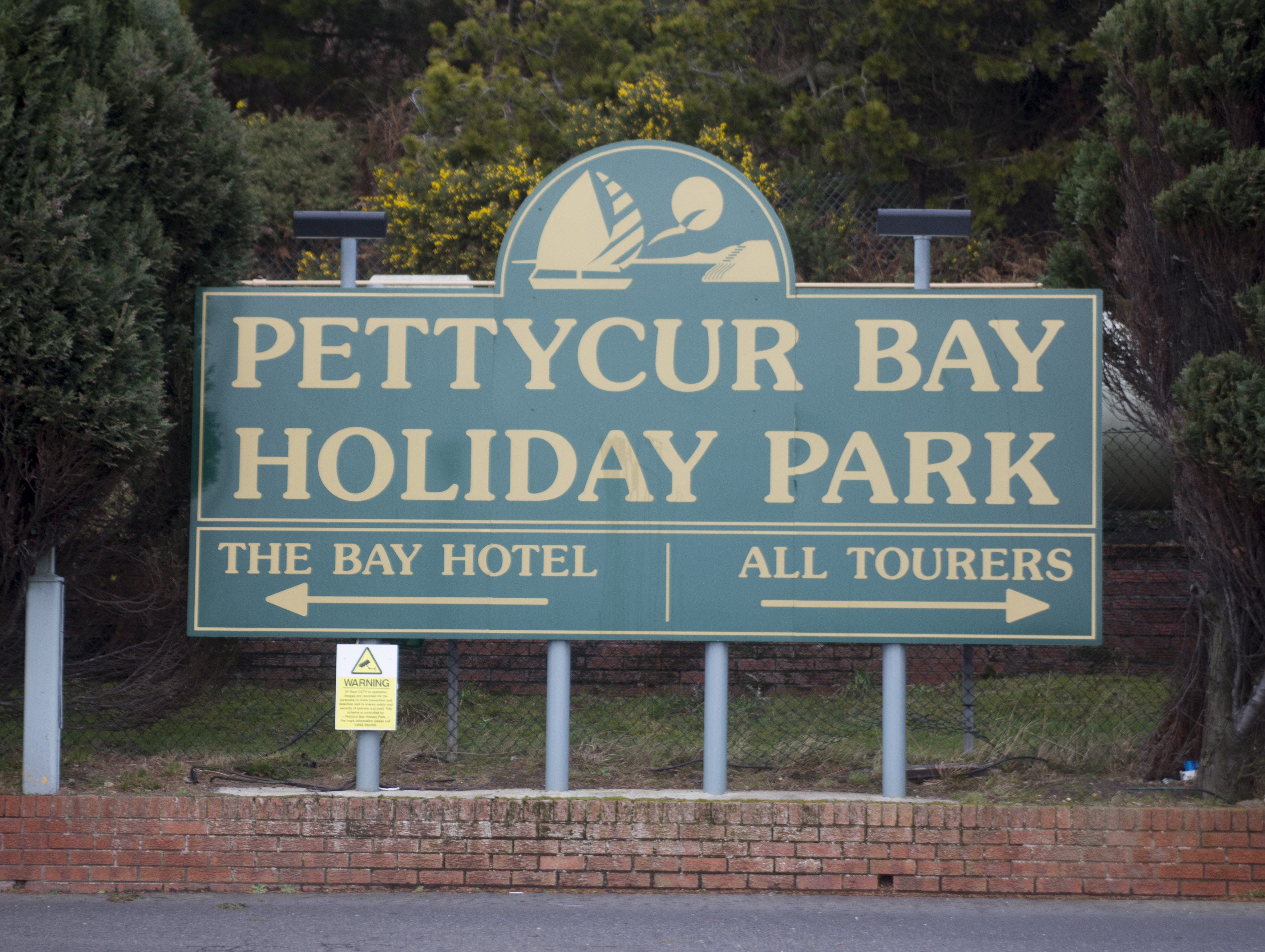 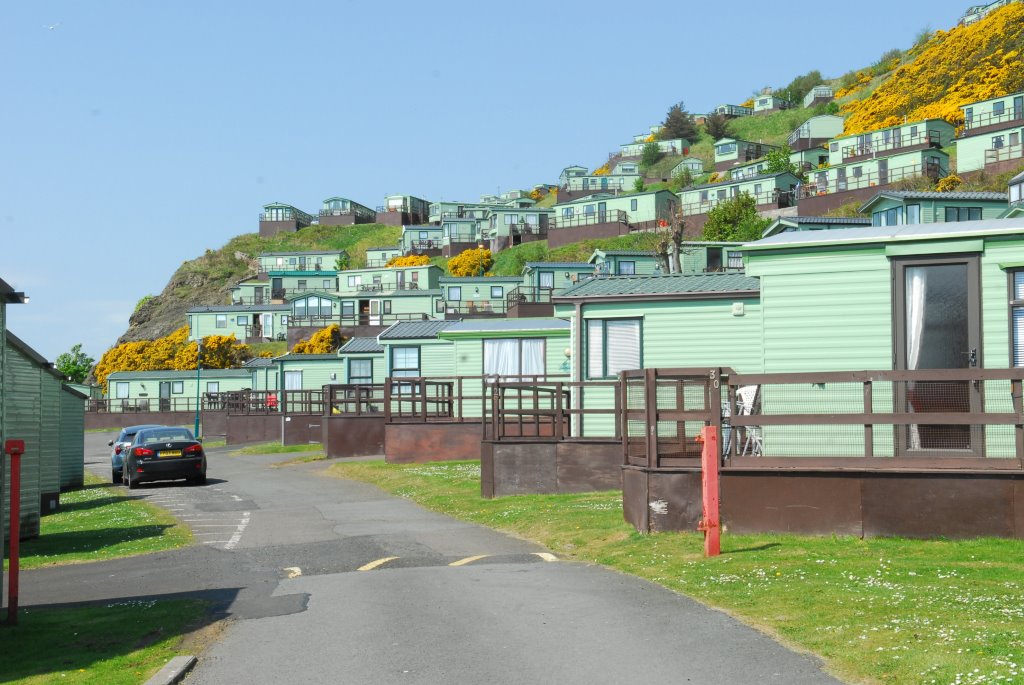 It is understood that no one was injured during the mudslide and evacuation.

All the holidaymakers removed from their mobile homes were housed in the park's Bay Hotel for the night.

A spokesperson for Police Scotland said: "Adverse weather conditions in the area of Pettycur Bay Caravan Park, Kinghorn, has caused a landslide.

"Emergency services were called to this location shortly after 11.35pm last night.

"A landslide had blocked part of the railway line in this area and has also caused the closure of A921 between Kinghorn and Burntisland.

"A number of properties on site have been evacuated as a safety precaution whilst emergency services can survey the damage in the area.

"No one has been injured during this incident.

"Police are urging motorists to use an alternative route whilst emergency services work to re-open the road."

A spokesperson for Pettycur Bay said: “We can confirm that as a result of the weather last night all customers in the holiday homes at Pettycur Bay were evacuated into our 4 star Bay Hotel where they safely spent the night, and where they remain this morning.

"No one was hurt on site. An engineer is on site now reporting on the slip and we are in the hands of the police as to when we can start clearance work.”

The Scottish Sun has approached the Scottish Fire and Rescue Service for comment.