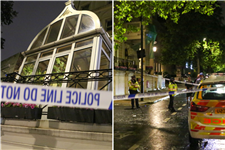 A SCOTLAND fan is fighting for his life after plunging from a sixth-floor hotel room in London.

The travelling member of the Tartan Army was rushed to hospital with serious injuries after falling to the street. 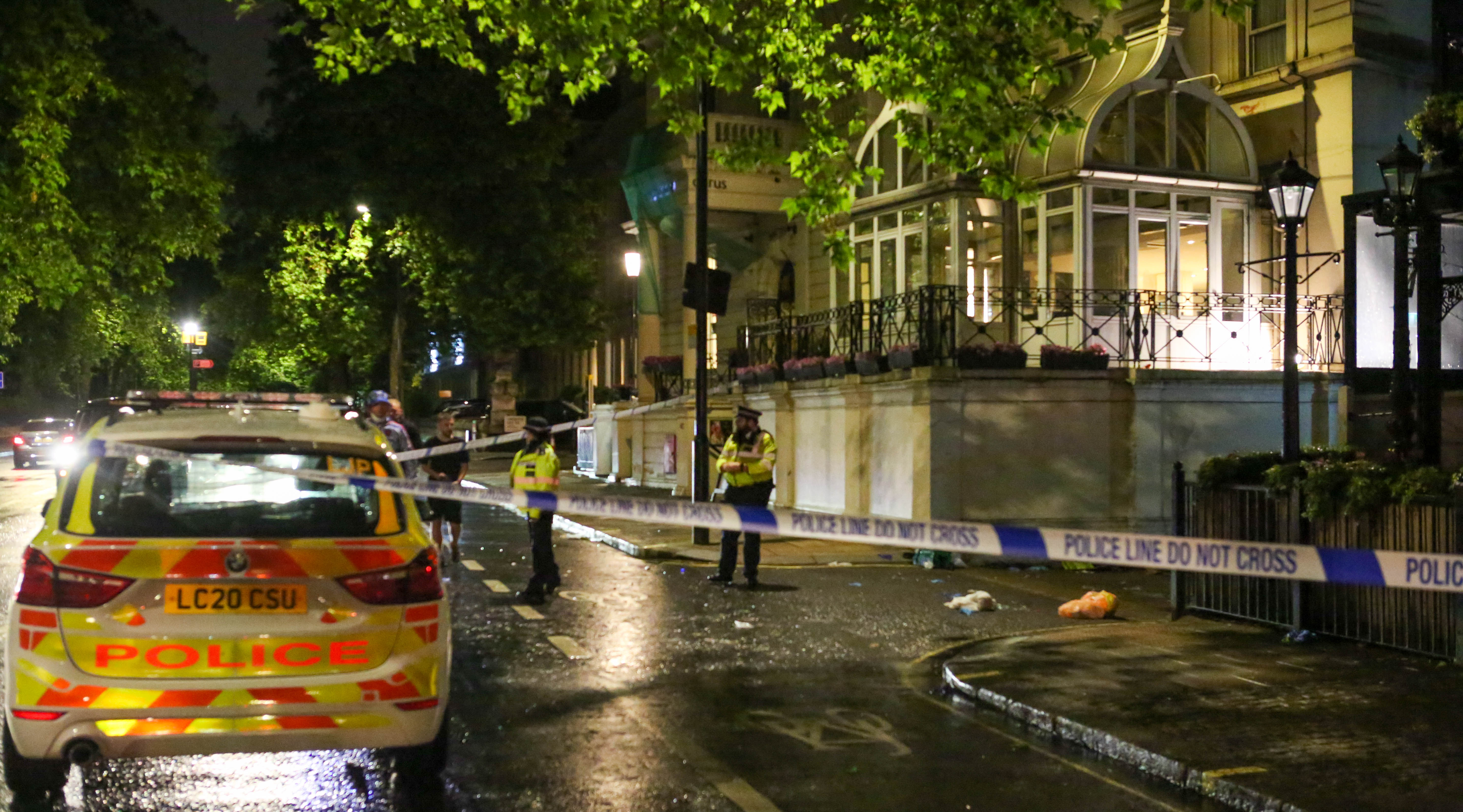 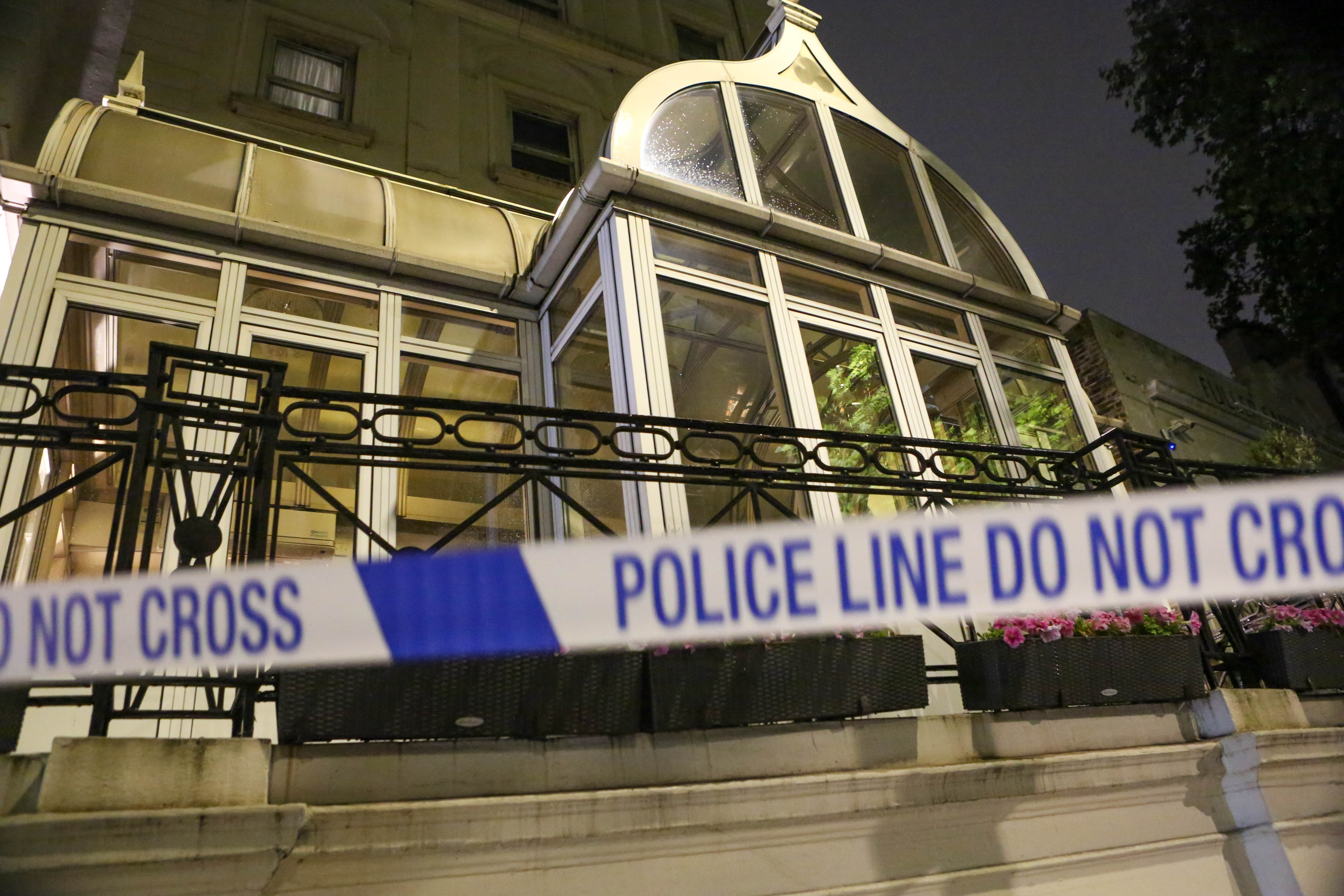 Police and paramedics from the London ambulance service were called to the Corus hotel on Lancaster Gate in Hyde Park late last night.

The man was rushed to a major trauma unit at the St Mary's hospital in West London.

It's understood the man was staying with a friend in a room that cost around £180 a night.

30 fans arrested as Scotland and England fans clash in London

Officers from Met Police established a cordon outside the hotel after the horror incident.

Cops first tended to the man with first aid kits as paramedics raced to the scene.

Medical equipment and blankets were left ion the street as well as a silver hotel room kettle.