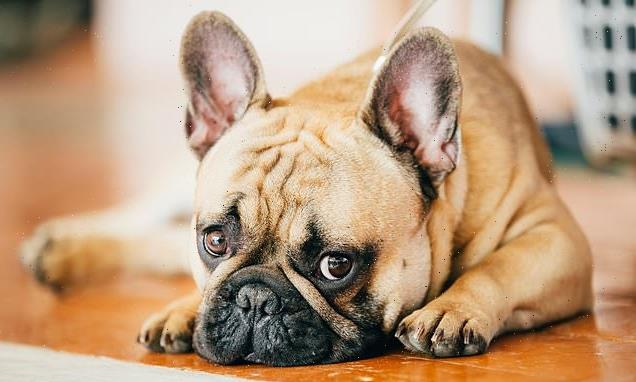 Scientists have discovered a new type of coronavirus which originated in dogs and can infect humans.

The pathogen, which has been around since 2018, is the eighth coronavirus known to have jumped from animals to humans.

It is not yet clear if the bug poses a serious threat like its cousin SARS-CoV-2, which is the name of the virus behind Covid.

But researchers who detected it claim they ‘don’t see any reason to expect another pandemic from this virus’.

The virus hospitalised eight people in Malaysia, including seven children — the youngest of whom was just five-and-a-half months old. 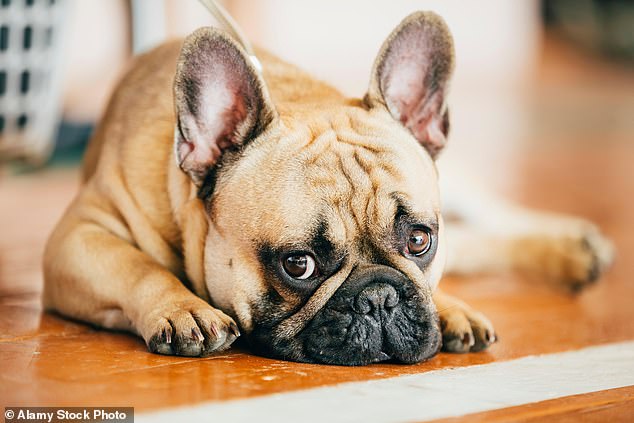 A newly-identified coronavirus that infected seven children in Malaysia in 2018 was spread by dogs, scientists in the US have discovered

Coronaviruses are a family of viruses in the same way that there are several types of influenza.

They are named for the distinctive appearance of their spikes; when seen under a powerful microscope, the spikes look like a crown (corona is the Latin for ‘crown’).

Beneath these spikes is a layer of membrane. This membrane can be disrupted by detergents and alcohols, which is why soap and water and alcohol hand sanitiser gels are effective against the virus.

Coronaviruses are expected to become more frequent as humans come into more contact with wildlife due to habitat destruction and climate change.

Covid is the disease caused by SARS-CoV-2 but there are six other coronaviruses that have been found in humans.

Its origin has been linked to bats and pangolins but theories that it was leaked from a laboratory have not yet been ruled out.

Four of the human coronaviruses cause colds, which are relatively harmless. The two others cause Sars and Mers, which are both deadly.

Seven of the eight patient who were hospitalised with the virus in Malaysia were children, with one was just five and a half months old. One developed pneumonia but all recovered and were discharged after four to six days, following oxygen therapy to help them breathe.

But the discovery suggests coronaviruses can be transmitted by domestic pets and underlines their danger.

Experts say the study, published in Clinical Infectious Diseases, could revolutionise how we identify respiratory diseases before they become potential pandemics.

HOW THE TEAM IDENTIFIED THE NEW CANINE CORONAVIRUS

When the Covid pandemic struck, Professor Gregory Gray at Duke University’s Global Health Institute tasked a graduate student at his lab with developing a pan-species coronavirus test in order to help prevent the next catastrophe.

The idea was to deploy the tool, once its accuracy was validated, to look back at test samples from human patients in order to search for signs of coronaviruses that might have begun to cross over from animals.

Gray and his colleague’s findings, released Thursday in Clinical Infectious Diseases, showed a canine coronavirus was present in a group of mostly children patients admitted to hospital for pneumonia in Malaysia in 2017 and 2018.

The team suspect the dog virus caused their illness, as opposed to merely being present in the patients’ airways — but can’t conclusively prove it.

Given the genetic makeup of the virus it’s unlikely that it is currently circulating between humans.

Gray said: ‘What we’re advocating for… is more application of pan-species diagnostics to look for five different viral families we think are the most problematic in causing epidemics in humans.’

Coronaviruses were understudied for many years, as they were mainly associated with common colds.

That changed after the Sars and Mers outbreaks of 2002 and 2012, which originated in civets and camels, respectively.

Most scientists believe the SARS-CoV-2 virus that causes Covid also has a zoonotic origin.

Gray asked Lishan Xiu, a Chinese PhD student-scholar, to make a pan-species coronavirus test, which he did by finding where the genetic sequences of the various members of this family aligned.

They used this tool on nasal swab tests taken from pneumonia patients from the hospital in Sarawak, Malaysia, and found that eight of 301 samples appeared to have a canine virus.

Co-author Dr Anastasia Vlasova, of The Ohio State University, said: ‘At this point, we don’t see any reasons to expect another pandemic from this virus.

‘But I can’t say that’s never going to be a concern.’

Project leader Professor Gregory Gray, of Duke University, North Carolina, said: ‘How common this virus is, and whether it can be transmitted efficiently from dogs to humans or between humans, nobody knows.

‘What is more important is these coronaviruses are likely spilling over to humans from animals much more frequently than we know.

‘We are missing them because most hospital diagnostic tests only pick up known human coronaviruses.’

He analysed the archived nasal swabs of 301 people treated in a hospital in Sarawak in East Malaysia in 2018.

Dr Vlasova grew the virus in her lab from one of the clinical specimens, which came from a child.

By reconstructing its genome, they were able to confirm it came from a dog.

It evolved from a coronavirus that afflicts dogs to infect humans and may contribute to respiratory symptoms.

Dr Gray said: ‘There are probably multiple canine coronaviruses circulating and spilling over into humans that we don’t know about.’

Sarawak could be a rich place to detect them since it is an equatorial area with rich biodiversity.

He added: ‘Many of those spillovers are dead ends, they don’t ever leave that first human host.

‘But if we really want to mitigate the threat, we need better surveillance where humans and animals intersect, and among people who are sick enough to get hospitalised for novel viruses.’

Diagnostic tools like his have the potential to identify other viruses new to humans before they can cause a pandemic.

He said: ‘These pathogens don’t just cause a pandemic overnight, it takes many years for them to adapt to the human immune system and cause infection, and then to become efficient in human-to-human transmission.

‘We need to look for these pathogens and detect them early.’

The researchers plan to further study the CCoV-HuPn-2018 virus to determine how harmful it is or could become.

It is unknown if the virus can be passed from person to person or how well the human immune system can fight it off.

Dr Vlasova said: ‘We don’t really have evidence right now that this virus can cause severe illness in adults.’

She pointed out only one of the infected patients was an adult.

But she said: ‘I cannot rule out the possibility that at some point this new coronavirus will become a prevalent human pathogen. Once a coronavirus is able to infect a human, all bets are off.’ 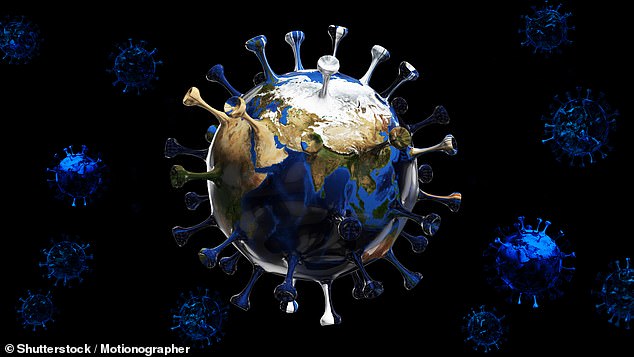 Coronaviruses are named for the distinctive appearance of their spikes; when seen under a powerful microscope, the spikes look like a crown (corona is the Latin for ‘crown’)

When a virus alters its genetic makeup enough to go from infecting an animal to people, a combination of factors determine how well it replicates and spreads.

It must first enter the human body and recognise something on the surface of the cells, then bind to them.

Dr Vlasova said: ‘We know this virus can do that.’

WHAT ARE THE SEVEN OTHER CORONAVIRUSES?

About half of the genes of the canine coronavirus are similar to those of Covid-19.

Although only eight cases have been identified, the dog virus or highly similar ones are likely to have circulated much further among dogs and people in Malaysia.

Dr Vlasova said: ‘A one-time sampling is not going to tell you with accuracy how prevalent it is.

‘The sampling has to be repeated and done over a period time to see how many people become infected.’

She added: ‘If you had mentioned this 20 years ago, that a virus that affects dogs could change to be able to infect people, many would have been sceptical.’

But it may not be necessary for people to change how they interact with their dogs.

Dr Vlasova said: ‘But I would definitely be watching a little more how much I allow my babies around dogs.’

Dr Gray said: ‘We are likely missing important animal viruses that are beginning to adapt to humans.

‘We need to conduct such virus discovery work among people with pneumonia and also among people who have intense exposure to animals so that we get early warning of a new virus which may become a future pandemic virus.’

The potential threat posed by the viruses of dogs or cats, which also suffer illnesses from coronaviruses, has not been studied widely.

It should be, said Dr Vlasova. Monitoring animal viruses is a way of protecting public health.

She added: ‘We primarily put the emphasis on studying emerging disease in humans — not animals. That is a big flaw in the current approach.’