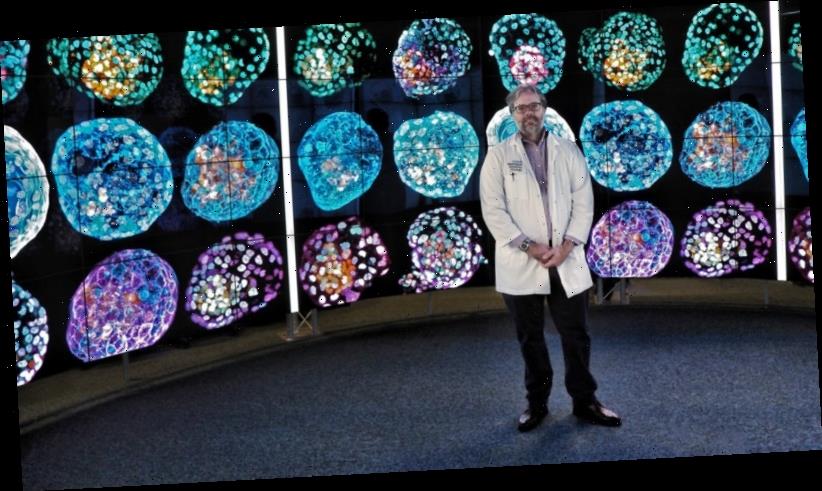 Every cell in your body comes from a single cell: an egg, fertilised by a sperm. Each contains the exact same genetic blueprint for your life: your DNA.

Yet cells in your brain look and behave nothing like those in your muscle or skin. 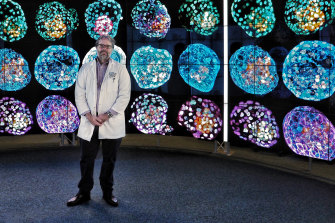 Professor Jose Polo in front of images of his model embryos.Credit:Monash University

Find a way of controlling those instructions and you can control the cell – or even reprogram it into an entirely different type of cell.

This is exactly how – in a major breakthrough – Professor Jose Polo’s Monash University team was able to turn skin cells into what he calls “model” embryos, essentially resetting the cell’s blueprint back to the earliest stages of life.

His work is the culmination of a series of advances, at first tentative, then in rapid sequence.

In 2006, researchers learnt how to perform this reprogramming to generate stem cells – cells that, with the right messages, can become almost any other cell.

Since then, they have discovered how to reprogram cells into skin, muscle and brain, and the stem cell field has exploded (sadly, at this stage treatments are often more snake oil than approved therapy).

Then in 2017, British scientists found a way to reprogram stem cells into structures that look and behave a lot like mice embryos. From there, it was a race to do the same to human cells – each competing team closely looking over their shoulder as they headed towards the finish line.

On Thursday, two teams published their methods for doing just that in the science journal Nature (the British team who made the mouse breakthrough published a third method as an online pre-print). 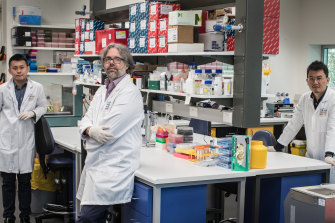 Professor Polo’s publication in Nature contains a wealth of information on how he made his embryos, probably allowing others to follow quickly in his footsteps.

“Polo is a meticulous scientist and hence it is highly probable that this work can be reproduced in other labs around the world,” said Professor David Gardner, head of the Reproductive Biology and Assisted Conception Laboratories at the University of Melbourne.

The concurrent discoveries offer access to some of the first moments of human life – and open up a host of new ethical questions.

“If a human embryo model has the same ethical status as a human embryo, it might be unethical to treat it like we treat regular human cell cultures,” said Dr Julian Koplin, a research fellow in biomedical ethics at Murdoch Children’s Research Institute.

“But if human embryo models lack the ethical status of human embryos, then restricting research with them can also be unethical.”

Scientists know little about human life’s earliest moments. Research must be done on the scarce surplus embryos donated by women undergoing IVF; international rules mean they must be destroyed after 14 days’ growth.

How much of that research can be done will depend, in part, on community attitudes.

“While this does not necessarily avoid some existing issues such as what the moral status of an early embryo is, their status as a model system could reduce such concerns,” said Ainsley Newson, professor of bioethics at the University of Sydney’s School of Public Health.

“The conversation would, of course, be quite different if we were to start thinking about using iBlastoids in fertilisation – but on this report, this is unlikely to be possible and is not the intended use.”

Although Australia’s regulator has decided existing laws cover the artificial embryos, the law may need to be rewritten to fully address them, experts said. International guidelines are already being worked on. Strict new prohibitions banning taking artificial embryos full-term will be needed.

“It’s a conversation that we must have. And we must be very clear: even if techniques were optimised, this should never be a use of this technology,” said Megan Munsie, professor of ethics, education and policy in stem cell science at the University of Melbourne.

In perhaps a harbinger of where science might go from here, a team of researchers in Israel reported on Thursday in Nature they had managed to successfully grow a mouse embryo in an artificial womb, to the point where it developed organs and a brain.

They next hope to perform the same feat with artificial mouse embryos.

“These technologies open a big window,” said Professor Polo, “when before we could only see through a keyhole.”