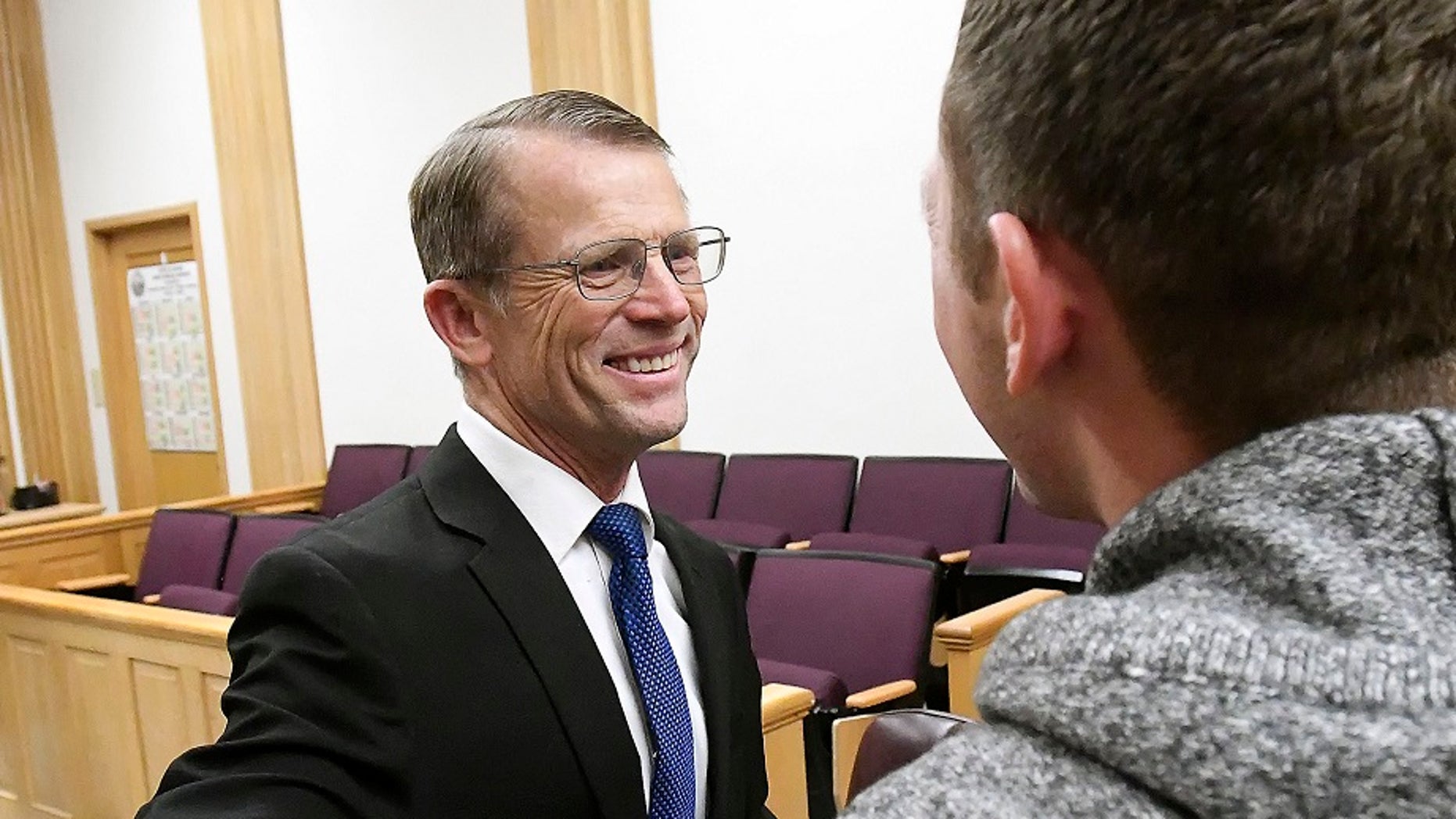 A jury has found an Idaho science teacher who fed a dying puppy to a snapping turtle last year not guilty of animal cruelty, according to reports.

The two-day trial of Robert Crosland in Preston, a rural community in the southeastern part of the state, ended Friday after a six-member jury delivered its verdict following 30 minutes of deliberation.

Students testified that they witnessed the puppy being fed to the turtle in March, the Idaho Statesman reported. The puppy was given to Crosland’s son, Mario, by a farmer who said it was sick and dying.

“I honestly thought I was doing the right thing. That’s what’s been so hard in seeing all this because that’s what I’ve been taught my whole life not to let the animal suffer,” Crosland said in a recorded interview presented during the trial.

The puppy was placed in the turtle’s aquarium filled with water. It drowned before it was eaten.

The prosecution argued the puppy may have not been sick and could have been able to survive. Crosland’s attorney said his client is concerned about animal welfare.