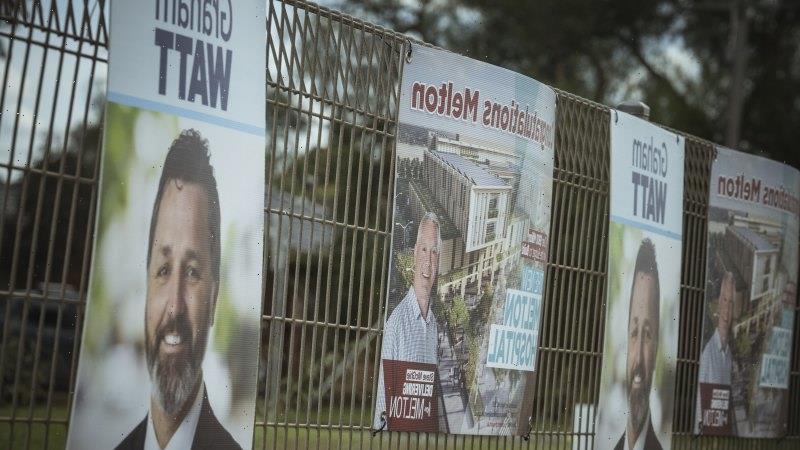 After decades of complaints of lagging infrastructure in Melton, it is four weeks out from the state election and residents are being pummelled with promises for roads, schools, a hospital and a TAFE campus.

Labor has listed the once-safe outer western suburbs seat of Melton at risk of being lost to the Liberals or an independent. 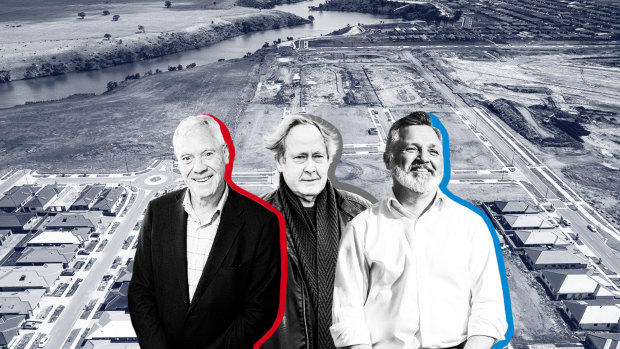 With two weeks until increasingly popular pre-polling opens, candidates are clamouring for attention with early announcements, but there have already been hiccups on the campaign trail.

Eyebrows were raised last Tuesday when Labor incumbent Steve McGhie used a Facebook meme to announce a new TAFE campus for Melton – but then deleted the post within an hour. 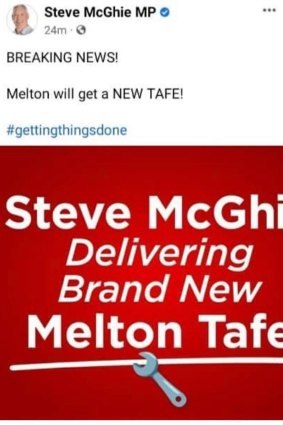 The post then disappeared after it had already made its way around various Melton Facebook community groups and Melton City Council had issued a glowing press release.

The Age confirmed the announcement was withdrawn so it could be re-announced with Training and Skills Minister Gayle Tierney instead.

The $55 million TAFE campus was then re-announced four days after McGhie’s initial post, the same day the Liberals muscled in with a $117 million promise to duplicate the Melton Highway if Mathew Guy takes the Coalition to victory in four weeks.

The frenzy around announcements speaks to the heightened tensions in the seat, which has been held by Labor since it was created 30 years ago, but is a real prospect of changing hands on November 26. It is currently held by Labor by 5 per cent under newly redrawn boundaries.

Independent candidate Dr Ian Birchall, who polled 10.5 per cent of the vote in 2018, is a serious contender in the race for Melton, but as an outsider with no party backing he can’t make any budget commitments for his promises. His influence could depend on the final election results and whether either major party would need to negotiate with independents.

A Resolve Political Monitor poll on Friday showed strong support for third parties, as well as a dominant two-party preferred position for the government.

The TAFE announcement has come amid a flurry of other promises and noise around infrastructure for Melton, so it’s worth checking the current running tally of election commitments from the three main candidates in four key areas, as of Monday.

This story is part of our in-depth local coverage of the key seats of Melton, Hawthorn and Richmond at the November state election.