Ministers will unveil the long-awaited and long-delayed coronavirus phone app as early as this month but the scaled-back software will not be used for contact tracing as originally planned.

The app was originally scheduled for release in May but was beset by technological problems that saw it kicked into the long grass.

Now it is finally due to go live, but will provide only limited information about local infection rates allowing people to gauge their risk factor using personal details, the Times reported.

The smartphone app was intended to keep track of who people have been in contact with in case one of them becomes infected with the virus.

In Britain an app was for months hailed as a crucial to stamping out the coronavirus in the population, but it soon become clear the plan wouldn’t work when officials realised their app didn’t work on iPhones.

Officials now hope the new app will be helpful in avoiding a devastating winter recurrence of the virus. 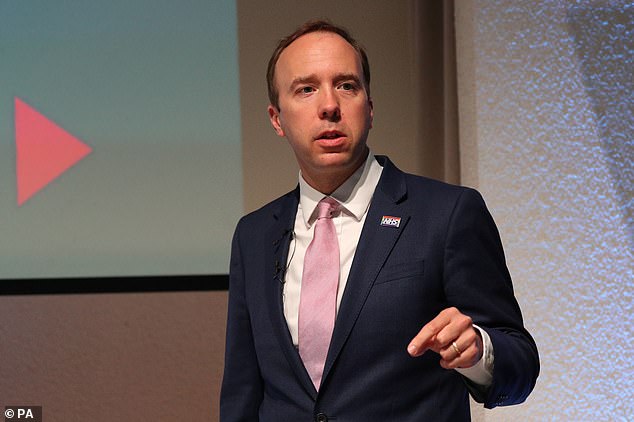 In Britain an app was for months hailed as a crucial to stamping out the coronavirus in the population, but it soon become clear the plan wouldn’t work when officials realised their app didn’t work on iPhones

Officials admitted on June 18 that the NHS app, once praised by the Health Secretary as vital for lifting lockdown and described by Boris Johnson as a central part of the UK’s test and trace system, did not work on Apple iPhones.

The health service’s digital arm, NHSX, has now ditched plans to create its own app and will work with Apple and Google to improve their existing technology.

The app — which was originally promised for mid-May and the NHS spent months to develop — was unable to spot 25 per cent of nearby Android users and a staggering 96 per cent of iPhones in the Isle of Wight trial.

Meanwhile, the Apple and Google technology can spot 99 per cent of close contacts using any type of smartphone — but it cannot  tell how far away they are, which could be crucial given it may require people to isolate for 14 days.

It came as the boss of outsourcing giant Serco has defended the fact that 10,000 contact tracers have only spoken to an average of 2.4 people each.

Rupert Soames, chief executive of Serco, which is among several firms that are recruiting, coaching and managing contact tracers, admitted that the Test and Trace system has ‘more capacity than we need’ but said the Government ‘had to start somewhere’.

Mr Soames also admitted that 20% of contacts are untraceable as individuals who tested positive do not know them well enough to have their personal details.

His comments comes as an anonymous contact tracer said she is effectively being ‘paid to watch Netflix’.

NHS England’s Test and Trace system, which is being led by Baroness Dido Harding, relies on identifying people who have been in contact with a positive case and getting them to self-isolate.

But the programme, run by Serco and Sitel through a contract reported to be worth up to £108 million, has faced questions about performance and value for money.

Mr Soames told BBC Radio 4’s Today programme that the Test and Trace programme is ‘improving all of the time’.

‘I think we need to get this into proportion. You’re giving me the numbers saying that we’re tracing 50% of contacts, let me tell you that 96% of the people that we talk to agree to self-isolate.

‘So we’ve got a very, very high success rate of people that we get to contact,’ he said.

Pushed on the fact that this is only the known contacts that tracers have been able to reach, Mr Soames added: ‘So there’s been 218,000 already contacted.’

Questioned again on why tracers are still only managing to get hold of half of people’s contacts, Mr Soames said: ‘If somebody rang you now and I said: ‘Tell me everybody that you have met, been in contact with, in the last 48 hours, and tell me on the telephone, give me their contact details’, how many do you think that you’d be able to reel off of the top of your head?

‘So there is an element of that, and it is about 20% at the moment where people can’t remember or never knew the contact… the details of where they were.’

Asked why so many contact tracers are doing so little work, Mr Soames added: ‘Let me tell you we’ve got 10 Nightingale hospitals lying vacant, we’ve got 30,000 ventilators that are not being used. 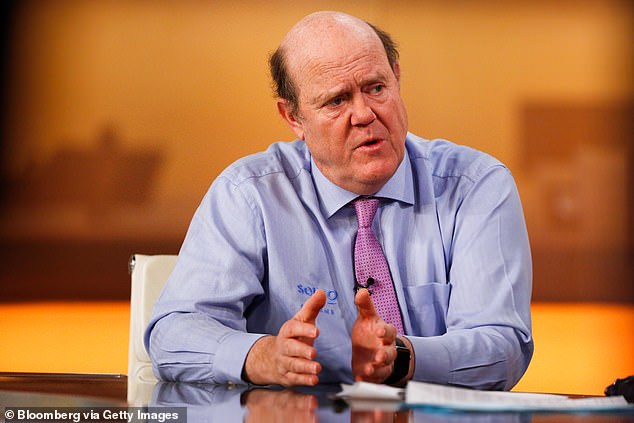 Rupert Soames, chief executive of Serco, which is among several firms that are recruiting, coaching and managing contact tracers, admitted that the Test and Trace system has ‘more capacity than we need’ but said the Government ‘had to start somewhere’

‘The Government has to start somewhere with capacity and the fact is that we’ve got too much capacity, or more capacity than we need right here, right now, today.

‘But naturally the Government has taken a decision to over-provide to begin with on the basis that we can always reduce it.

A leaked email from Mr Soames in June disclosed that he wanted the system to ‘cement the position of the private sector’ in the NHS supply chain.

In the email forwarded to staff, he said: ‘If it (the contact tracing system) succeeds… it will go a long way in cementing the position of the private-sector companies in the public-sector supply chain. Some of the naysayers recognise this, which is why they will take every opportunity to undermine us.’

He asked managers to ensure staffed behaved in a way to survive the ‘Daily Mail test… that you would not mind their behaviour being described on the front of a national newspaper’.