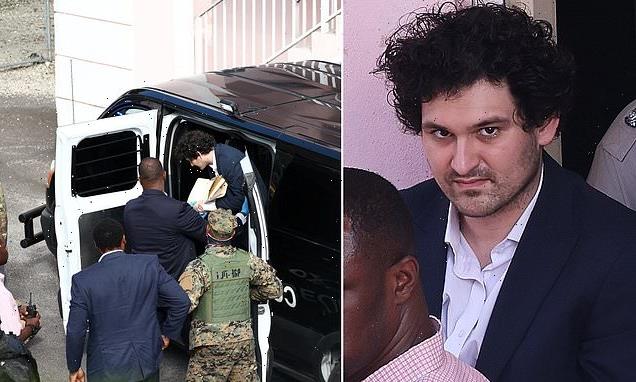 EXCLUSIVE: ‘I am not sure what Mr. Bankman-Fried is doing here this morning.’ Fallen crypto tycoon’s court appearance descends into farce as prosecution AND defense say they have no idea why they’re there and he heads back to rat-infested island jail

Fallen crypto tycoon Sam Bankman-Fried was heading back to jail in the Bahamas Monday after a baffling and inconclusive court appearance over his reported bid for extradition to the United States.

The co-founder of collapsed currency exchange FTX- which bombed overnight to the tune of $32billion – had nervously shuffled into court four of the imposing magistrates building for what was billed as a hearing to clear his route to America.

Both the court quickly descended into farce as prosecutors, his local defense lawyer and even the presiding magistrate questioned why they were all there.

The mop-haired mogul, sitting in the front row with his head bowed low and his right foot tapping feverishly in his trademark mannerism, listened as his attorney Jerone Roberts told the court: ‘I am not sure what Mr. Bankman-Fried is doing here this morning.’

But after SBF had been whisked back to jail, Roberts reportedly said his client had agreed to be extradited.

Roberts told local media outlet Eyewitness News that his legal team was preparing the legal documents – adding he hoped SBF would go back to court this week. 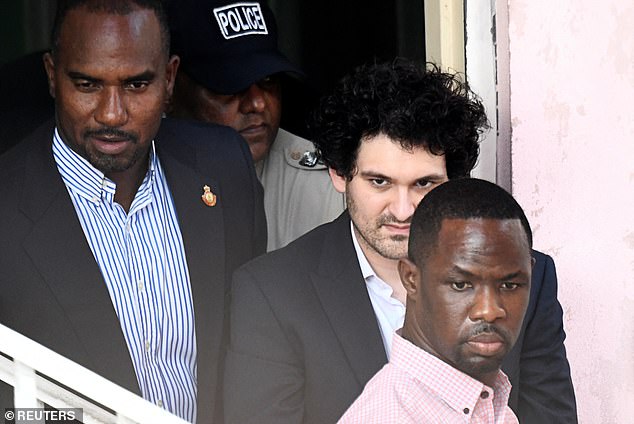 Sam Bankman-Fried, 30, appeared in court Monday for an extradition hearing 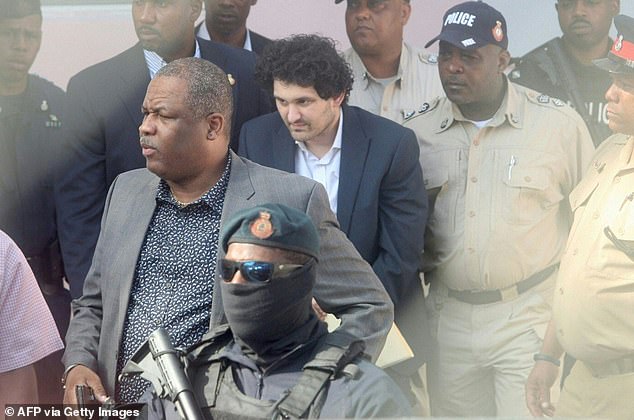 Prosecutors, his local defense lawyer and even the presiding magistrate questioned why they were all there 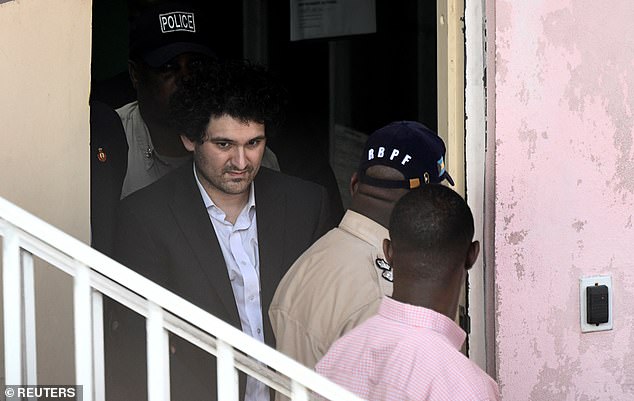 After SBF had been whisked back to the rat-infested island jail, his local attorney reportedly said his client had agreed to be extradited 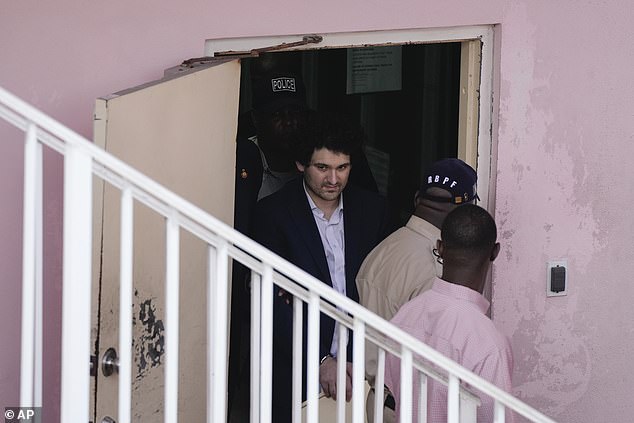 Magistrate Shakaa Serbille said, ‘I was expecting to see Mr. Bankman-Fried here on February 8’ – referring to when the accused guru is expected back in court after being denied bail and sent to Nassau’s notorious Fox Hill prison.

He did add though that he understood SBF, as he likes to be known, was involved in moves regarding extradition but ‘more information’ was required and then there should be instructions from Bankman-Fried himself.

Roberts later told the court that SBF would want to see the details of any extradition paperwork before agreeing to it.

Prosecutor Franklyn Williams KC gave a clue to the confusion when he said: ‘A representation was made to ourselves on Saturday by counsel, not the counsel in court today, on behalf of Sam Bankman-Fried.’

It is understood this might have been from SBF’s high-powered legal team in New York, led by attorney Mark Cohen.

After more legal argument and a recess, the magistrate decided to adjourn the hearing and allow Bankman-Fried to speak with his New York lawyers to clear up any misunderstanding.

He ruled the call should be under strictly supervised conditions including it being on speakerphone.

As he was officially remanded again, Bankman-Fried was ordered to stand. However at one point he slouched and a court official shouted for him to be up straight and put his arms by his side.

The disgraced former whizz-kid – who by now had discarded his jacket in the stifling court – complied briefly. But he then slumped again, nervously flexing his hands. He answered ‘yes’ four times as the magistrates explained what was happening.

The normally disheveled financial guru was in the same blue suit and white shirt he was wearing during his first court appearance last week following his dramatic arrest.

He also clenched and unclenched his hands nervously while still tapping his right foot – which it has been reported is a trademark mannerism of his. 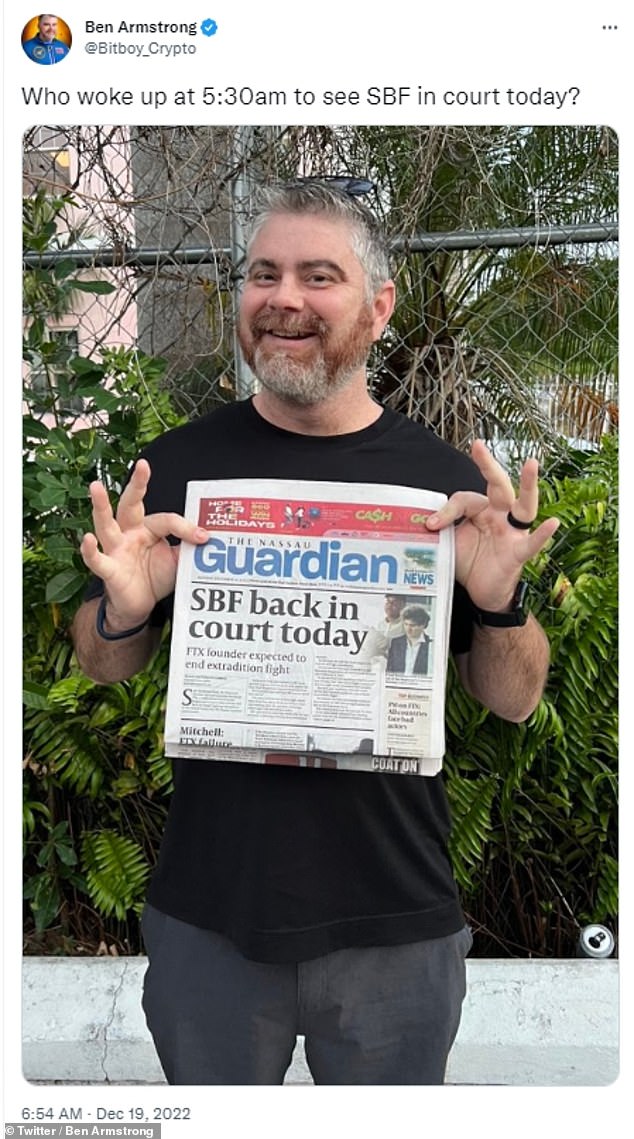 Protestors are gathered outside court, including Ben Armstrong – who calls himself Bitboy on social and is major player in the currency. ‘I want to stare him in the eyes. I want to look him in the face. I want him to go to jail for a very long time,’ Armstrong told DailyMail.com 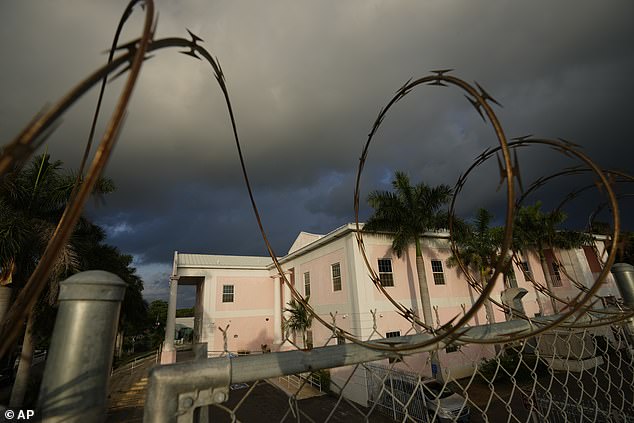 A fence topped with barbed wire surrounds the Magistrate Court building, where the FTX founder appeared for an extradition hearing

Furious big-time crypto influencers gathered outside the courtroom Monday morning demanding he stays to face the music in capital Nassau.

Ben Armstrong – who calls himself Bitboy on social and is major player in the currency – told DailyMail.com: ‘We are here representing the people in crypto to hold Sam accountable for what he’s done.

‘It’s not just what he has done to individual investors but also to crypto projects – the predatory business practices FTX used quite often destroys crypto projects.

‘We are also here on behalf of all the companies they invested in and signed on that didn’t know the antics that they were up to.

‘I want to stare him in the eyes. I want to look him in the face. I want him to go to jail for a very long time.’

Armstrong, from Atlanta, is with a group of five irate members of the crypto community who have worked with projects involving Bankman-Freed’s currency exchange FTX, which imploded to the tune of $32billion.

They have brought investors to the Bahamas and are demanding the mop-haired mogul is not extradited to the US.

Armstrong said: ‘I want him to suffer in that jail in the Bahamas, to suffer those conditions Once he gets to the US he’s just another white collar criminal in a Club Fed.’ 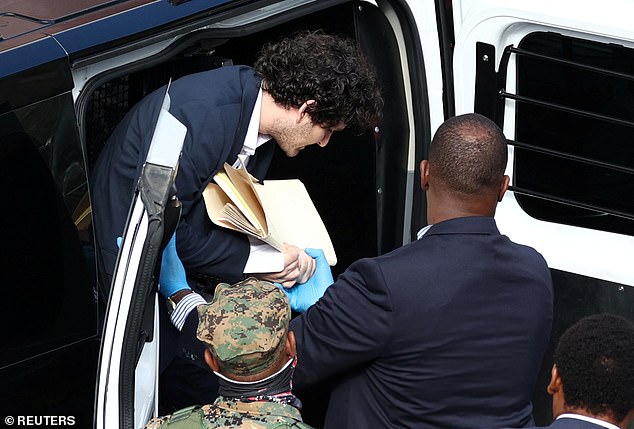 A U.S. government plane is reported to be on standby to whisk the disgraced financier to New York if and when a plan is confirmed 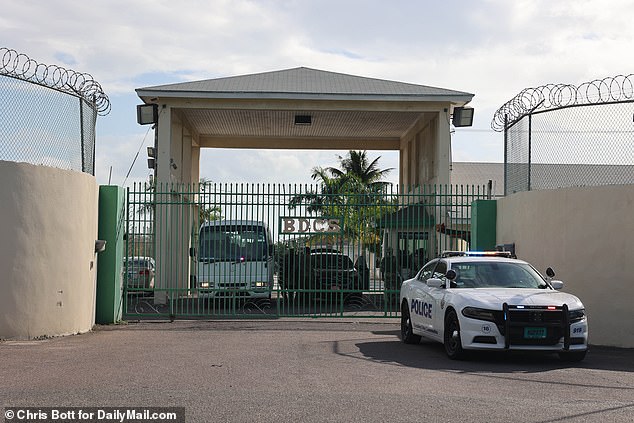 Fox Hill prison where Bankman-Fried is being detained. A prison official said the cells are ‘roughly 8ft by 10ft. Some have bathroom facilities, but many do not’

A U.S. government plane is reported to be on standby to whisk him to New York if and when a plan is confirmed.

That is also where pedophile Jeffrey Epstein’s madam Ghislaine Maxwell was incarcerated for two years before getting a 20-year sentence for grooming minors for sexual abuse.

It is additionally understood the crypto whizz-kid-turned pariah would appear in a Manhattan court within 48 hours of arriving in the United States, where the prospect of bail could be discussed. Prosecutors are expected to fight any freedom bid.

Bankman-Fried’s sudden reversal comes after he initially refused to waive his right to extradition when he first appeared in court on December 13, after being dramatically arrested at his $40million penthouse the evening before.

The mop-haired mogul had pleaded to be allowed $250,000 bail and house arrest at that marathon hearing, saying he was a depressed vegan.

Justin Paperny of White Collar Advice, a prison consultancy company which advises defendants on how to get through their time in custody, said: ‘Bankman-Fried will be begging to come back to America after his time in the Bahamian prison.

‘The MDC in Brooklyn will be immeasurably better than what he’s enduring now. Ghislaine Maxwell didn’t like it but the majority of inmates are fine there.

‘My advice to him is to not complain about his situation with other inmates and be careful about what he’s saying to people as others might turn information over to the US government.

‘He should avoid bragging about his friendships with people like Tom Brady as other inmates will think he’s a showoff and presume he still has money and can be exploited’.