GENEVA (Reuters) – The head of the state-backed Saudi human rights commission dismissed an international investigation into the killing of journalist Jamal Khashoggi as interference on Thursday, and said everyone accused was already facing justice in the kingdom. 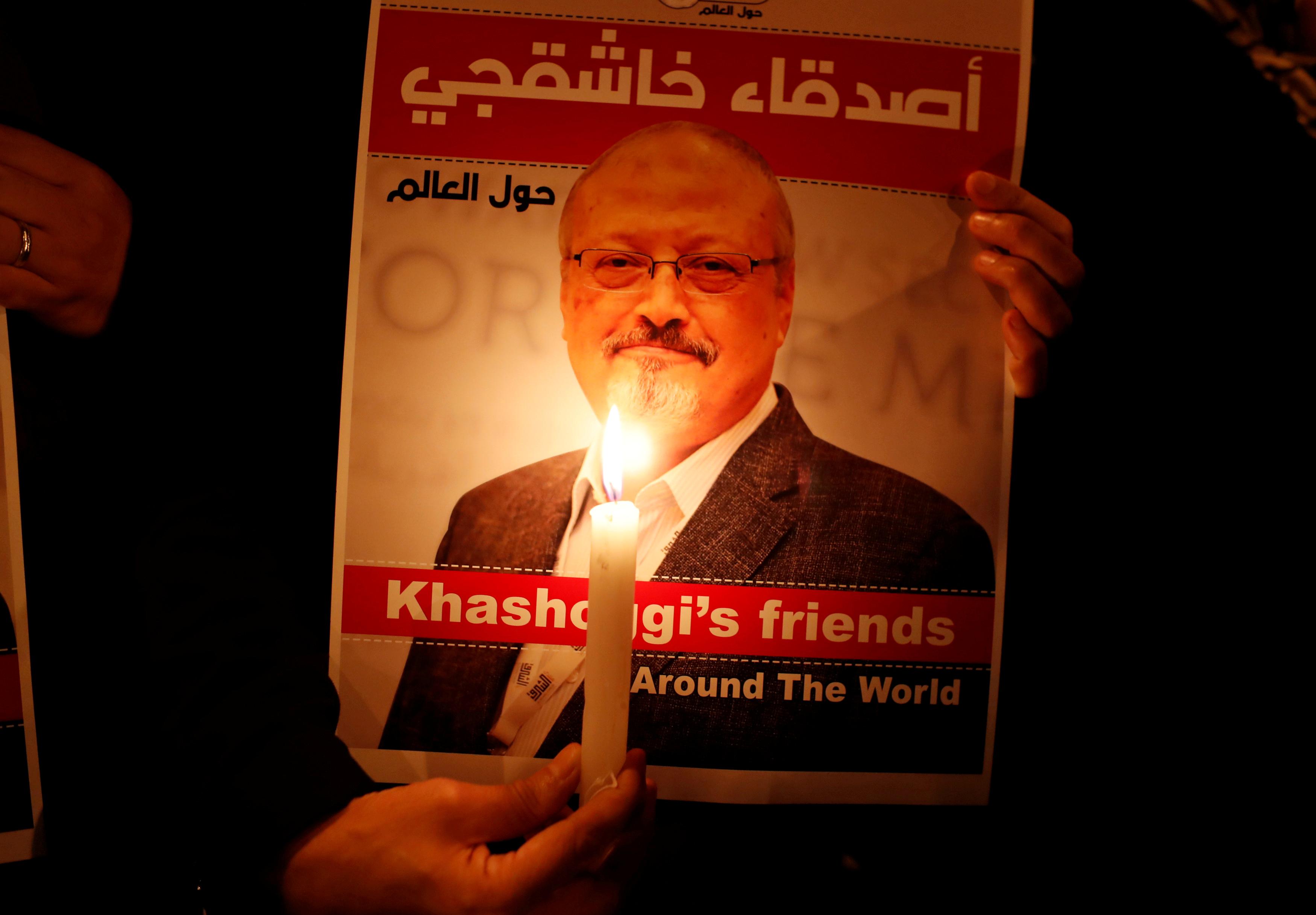 Khashoggi, a Washington Post columnist and critic of Saudi Crown Prince Mohammed bin Salman, was killed in the Saudi consulate in Istanbul on Oct. 2, provoking an international outcry.

In his remarks, the first substantive comments on the case by Saudi Arabia at a meeting of the U.N. Human Rights Council, Aiban said those on trial for what he described both as an “unfortunate accident” and a “heinous crime” had attended three hearings so far with their lawyers present. He gave no names or other details.

Three dozen Western countries, including all 28 European Union members, called on the kingdom last week to cooperate with a U.N.-led investigation.

But Aiban said Saudi Arabia would not accept what he termed as foreign interference in its domestic affairs and judicial system.

“Justice in the kingdom of Saudi Arabia operates pursuant to international law and it does so in all transparency,” Aiban told the Geneva forum during a review of Saudi Arabia’s rights record.

“We are indeed horrified by what has happened pursuant to this unfortunate accident and we have taken those measures required for us to resolve this heinous crime,” added Aiban, who headed the official Saudi delegation at the hearing.

The Turkish Justice Ministry said it had requested Interpol red notices for 18 people on Nov. 15 and for two more on Dec. 21 without identifying the individuals. The notices were issued on March 1, it said.

Ankara has repeatedly pressed Riyadh to reveal more details of the killing. It said earlier on Thursday that Saudi authorities should disclose the names of defendants and the charges they face if it wanted to avoid questions over the “sincerity of judicial proceedings in the kingdom”.

It also criticized Aiban’s rejection of any foreign investigation. “We find it difficult to understand why an official working in the area of human rights would possibly be unsettled by efforts to shed light on all aspects of the Khashoggi murder,” the Turkish presidency said.

Riyadh has rejected accusations by the CIA and some Western countries that the crown prince ordered the killing.

After making numerous contradictory statements, it said Khashoggi was killed after negotiations to persuade him to return to Saudi Arabia failed – and later that 11 Saudis had been indicted and referred for trial over the case, without identifying them.

The public prosecutor is seeking the death penalty for five of them.

The killing has severely strained ties between Turkey and Saudi Arabia, although Turkish President Tayyip Erdogan has good ties with the Saudi monarch, King Salman.

Showtime has confirmed development of half-hour series The Auteur, starring Jude Law (The Young Pope) and directed by newly minted...

Hilarious moment boy’s glasses fly out of van window while he energetically shakes his head to music Valentino Di Francesca,...