Millionaires of exclusive Sandbanks peninsula are stranded as local ferry is out of action for 12 weeks following row over fare hike from £4.50 to £6

Millionaire residents of an exclusive resort in Dorset have been stranded after a ferry company stopped the service in what was claimed to be a row over increasing fares.

Bosses of a chain ferry that serves the Sandbanks peninsula have been accused of halting the service in revenge for having their bid to hike up fares from £4.50 to £6 rejected.

The Sandbanks Ferry that spans the 250-yard entrance of Poole Harbour has been out of action for an unprecedented 12 weeks this winter after breaking down just two days after returning from its biennial service.

Much to the frustration of residents, tourists and shopkeepers, the ferry operators can’t say when the ferry will be fixed.

While the service is not running commuters, who would normally take the four-minute ferry crossing, now face a 40-mile round trip that takes 90 minutes.

Panorama Road in Sandbanks was identified last month as the most expensive residential street in the South West, with an average house price of £2,593,000. 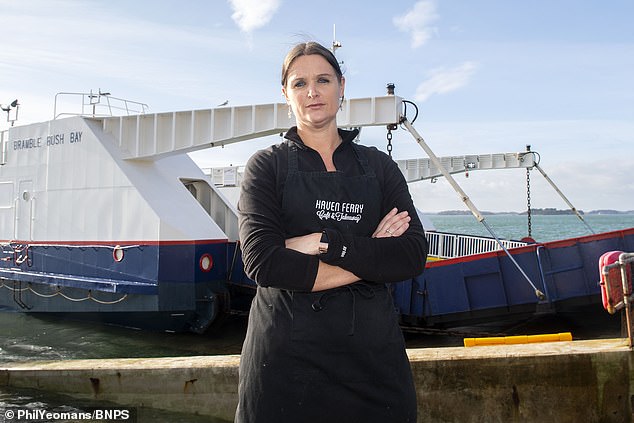 Haven Ferry Cafe boss, Zoe Lamble, said trade has been halved by the peninsula’s ferry service not running for 12 weeks 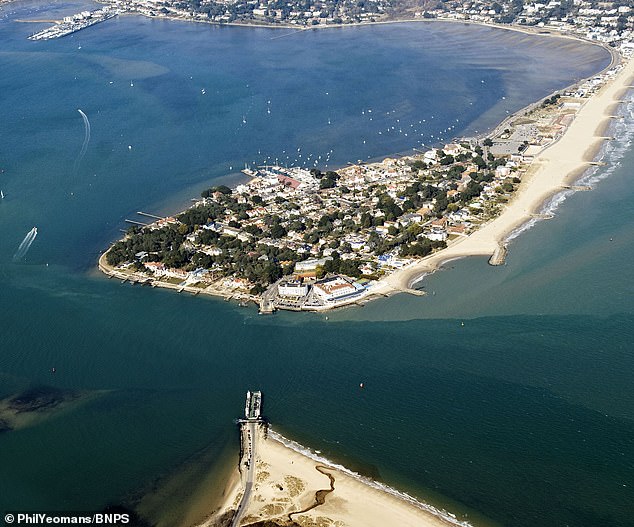 The millionaire’s playground of Sandbanks, Dorset, looks out onto Poole Harbour and is home to celebrities such as football manager Harry Redknapp and Sky Sports pundit Graeme Souness.

Shops, cafes and restaurants either side of the crossing say trade is down by as much as 50 per cent since the ferry stopped.

Some traders have accused ferry operators of deliberately stopping the service out of spite for having their bid to increase fares from £1 to £2 for pedestrians and £4.50 to £6 for cars turned down.

The Transport Secretary Chris Grayling MP sided with the objectors and rejected the price increase application on December 14.

The 240ft ferry, which can take 48 cars, closed for an eight-week refit and reopened for just two days in December before it broke down on the 21st after a hydraulic leak.

The Bournemouth Swanage Motor Road and Ferry Company, which operates the ferry, strenuously denies the allegations and insist they are ‘doing everything possible to get the service back up and running’. 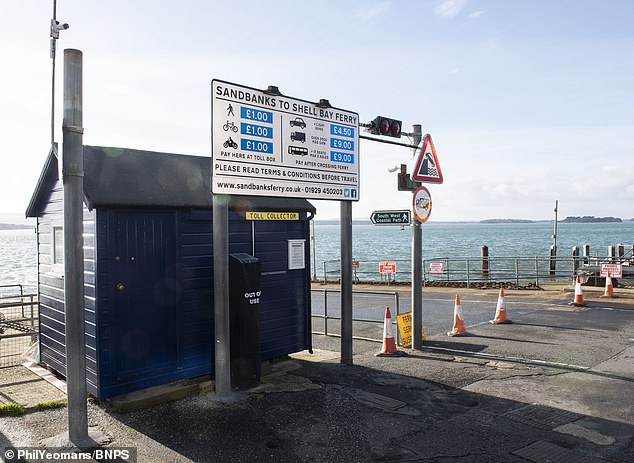 But local residents and traders are demanding a public inquiry into the ferry company as they are ‘not fulfilling their duty to provide a service’.

Nick Boulter, chairman of Studland Parish Council, said: ‘Everyone’s being kept completely in the dark about when the ferry will re-open.

‘I keep checking their website every day for updates which are not forthcoming – their communication is not good enough.

‘The ongoing closure is a major inconvenience to commuters who need to use the ferry to get to work and is harming our shops which are missing out on valuable trade. It’s damaging our local economy.

‘It’s not right that they can’t give us an indication of when they will re-open, and there have been no apologies for the inconvenience.

‘The situation is outrageous and I believe a public inquiry is necessary to look into why the service has been out of action for so long, which I’ve raised with South Dorset MP Richard Drax. 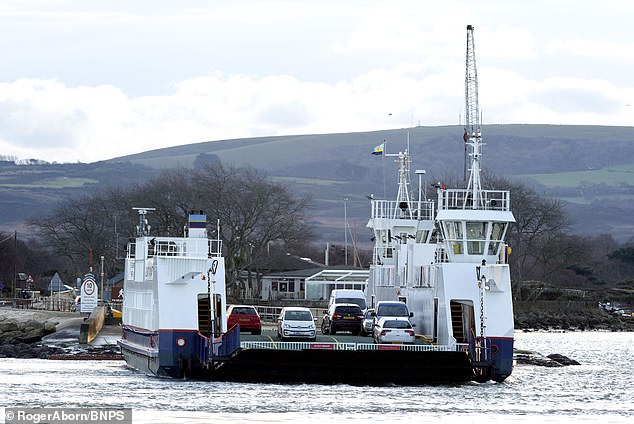 The ferry has been out of action for 12 weeks meaning a journey that would normally take four minutes by sea, will now be a 40-mile round trip of 90 minutes by road

‘It may well be that there is a serious problem with the ferry’s hydraulics but at the moment everybody just feels like they didn’t get their fare increase so they are downing tools.’

One gallery owner in Swanage said trade in the town had fallen by 40 per cent since the ferry closure, while a cafe owner said she was losing £500 a week.

Another business owner, Andy Lees, who runs Studland Stores and Post Office, said: ‘We rely majorly on visitors and passing traffic to add to our resident local trade.

‘The ferry being off has a significant impact on our business. Trade falls by 20 per cent with the ferry off which basically means we do not even break even.

‘Everybody we speak to are totally angry and negative towards the ferry operators.

‘There is a conspiracy theory that it is a deliberate reaction to the refusal of the ticket price increase.

‘I don’t subscribe to that theory myself – as it hurts the ferry company as well – but it is a fairly commonly held one.’ 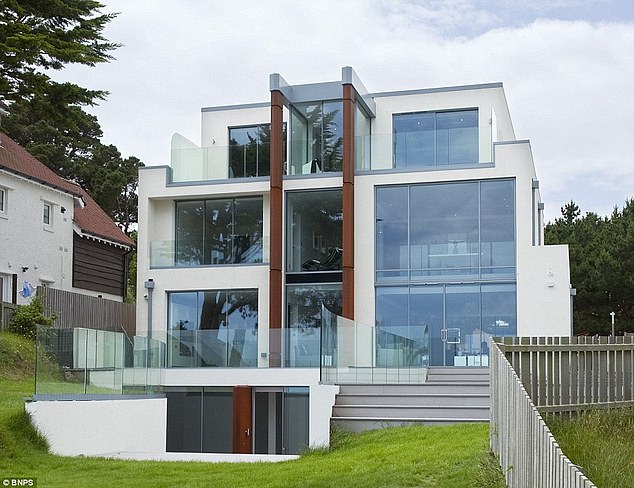 Former West Ham and Tottenham manager, Harry Redknapp, has a £4m five-bedroom beachside mansion in Sandbanks that has a swimming pool, jacuzzi, sauna and gym

Zoe Lamble, 36, owner of the Haven Ferry Cafe on Sandbanks, said their business had been down 50 per cent since the ferry closure.

She said: ‘The people using the ferry is a large chunk of our passing trade so we’ve been hit really hard – business is down 50 per cent.

‘We get no more information from them than the general public and it seems they don’t have a time-frame in mind for when it will re-start.

‘We order a lot of fresh stock in so it’s a nightmare because we don’t know what trade is going to be like.

‘It appears every time the ferry company fixes something, something else fails.

‘It is unfortunate for them but a heads up from them about when they will be operating again would be nice.

‘The whole situation is a massive shame for businesses on both sides of the water.’

In November the chain ferry went off to Devon for its biennial refit and maintenance. It returned on December 20 but broke down the next day. A spokesperson for the Bournemouth Swanage Motor Road and Ferry Company added: ‘The fact that everybody has taken the view that we are doing this on purpose is completely incorrect.

‘We had some problems after coming back from the re-fit and we’ve been advised not to give away any technical details which could prejudice claims in the future we could make.

‘We have updated our website with as much information as we can and if we can’t give a date for the service to return what kind of statement are you supposed to make? That’s still the case.

‘I believe that our updates have been factually correct and have given as much information as we can.

‘This period has been incredibly difficult for us.’