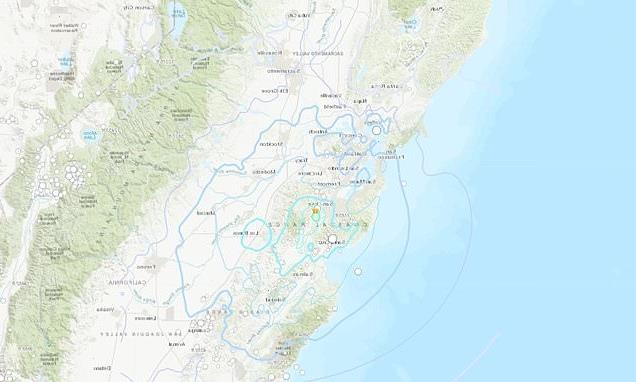 The San Francisco Bay Area was rocked by a 5.1-magnitude earthquake that rattled buildings and shook windows.

The quake hit at 11.42 am with its epicenter in San Jose, California on the Calaveras Fault. Preliminary reports from the US Geological Survey show that it was 4.2 miles deep, making it a shallow quake.

It was felt widely across the Bay Area, with residents as far north as Fairfield, as far east as Stockton and as far south as Salinas reporting tremors.

The quake was then followed by a 3.1-magnitude aftershock, but the National Weather Service has said it does not expect any tsunamis as a result.

It is now the largest earthquake to hit the area since a 6.0-magnitude tremor hit Napa in 2014, damaging buildings and injuring more than 100 people.

But neither the San Jose nor Santa Cruz officials have reported any calls of injuries or damage as of yet. 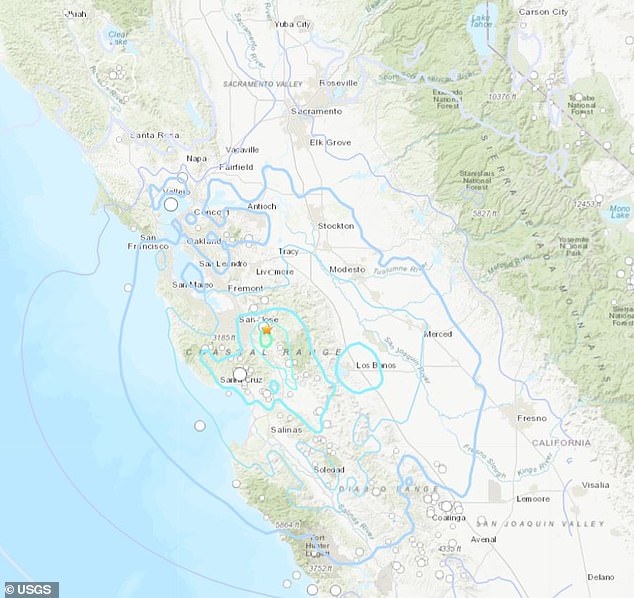 The quake hit at 11.42 am with its epicenter in San Jose, California . Preliminary reports from the US Geological Survey show that it was 4.2 miles deep 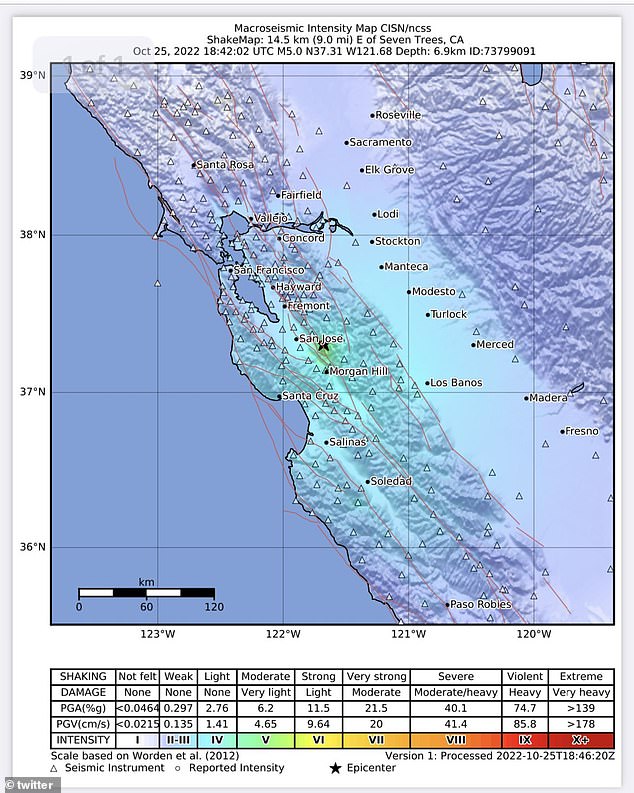 Several Californians reported that the new Shake Alert system provided them with about five to 10 seconds to prepare for the quake before it struck.

As a result some buildings across the Bay Area were evacuated as residents feared the earthquake would cause massive damage.

According to the Earthquake Information Center, California experiences two or three earthquakes each year.

The California Governor’s Office of Emergency Services is now working with local authorities in the region to evaluate any preliminary damage or issues created as a result of the quake, and provide any assistance that is needed from the state level.

Meanwhile, Caltrain and the Santa Clara Valley Transportation Authority are now operating at reduced speeds, with the VTA announcing it is conducting a survey of its tracks following the earthquake.