Saint Jeremy Corbyn is a disaster, laments JK Rowling as the Harry Potter author takes to Twitter for festive swipe at Labour leader and his disciples

Her Harry Potter books depict a fearless hero battling against a dastardly leader and his fanatical group of followers.

But now J K Rowling has taken aim at another antagonist with a cult-like support – Jeremy Corbyn and his fanbase.

Miss Rowling, a former Labour loyalist, posted a story in a series of tweets – written in mock Old Testament language – after Mr Corbyn gave an interview in which he said Brexit would go ahead even if he won a snap election. 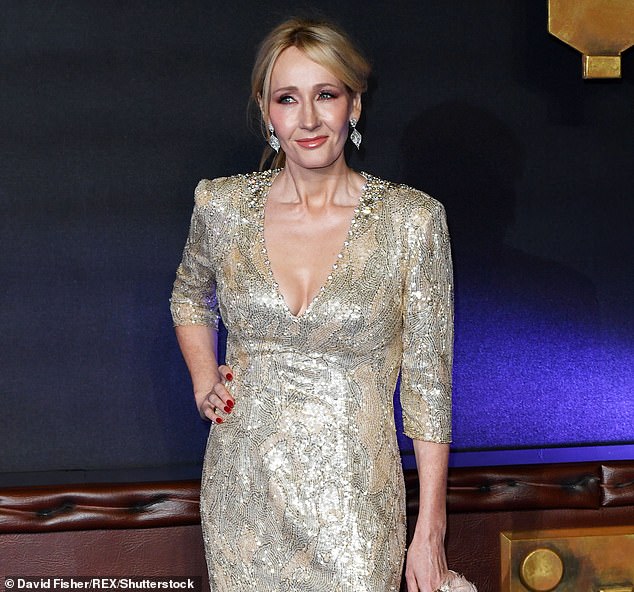 Decrying him as ‘Saint Jeremy’, Miss Rowling describes being besieged by ‘a host of Corbyn defenders’.

In the short story titled ‘The Visitation of The Corbynites’, Miss Rowling says Mr Corbyn ‘hath always in his secret heart desired’ to leave the EU.

In a swing at his Remainer fans, she goes on: ‘He hath not admitted what was in his heart, lest fewer attend his next Sermon on the Glastonbury B Stage.’

Her fictional Corbynistas insist: ‘Saint Jeremy will achieve a miracle, and he shall bring forth a Jobs First Brexit and all the land shall rejoice,’ to which she replies: ‘B******s… I have, for all my life, voted Labour, yet now I cannot.’ 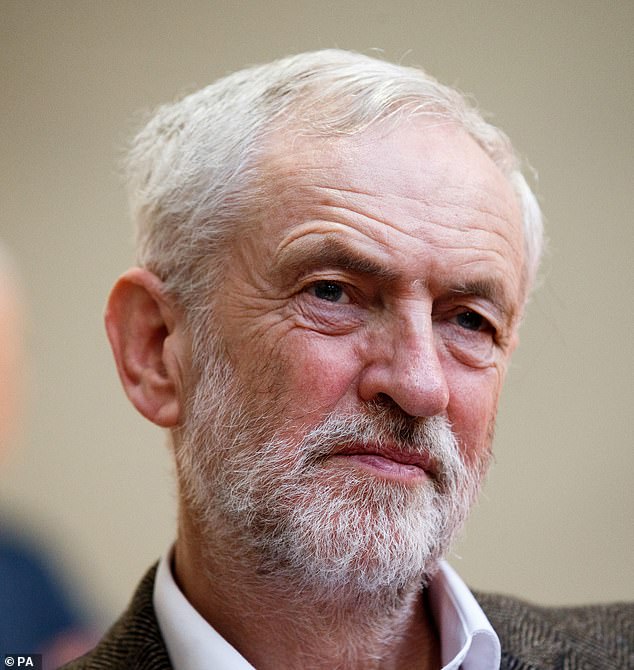 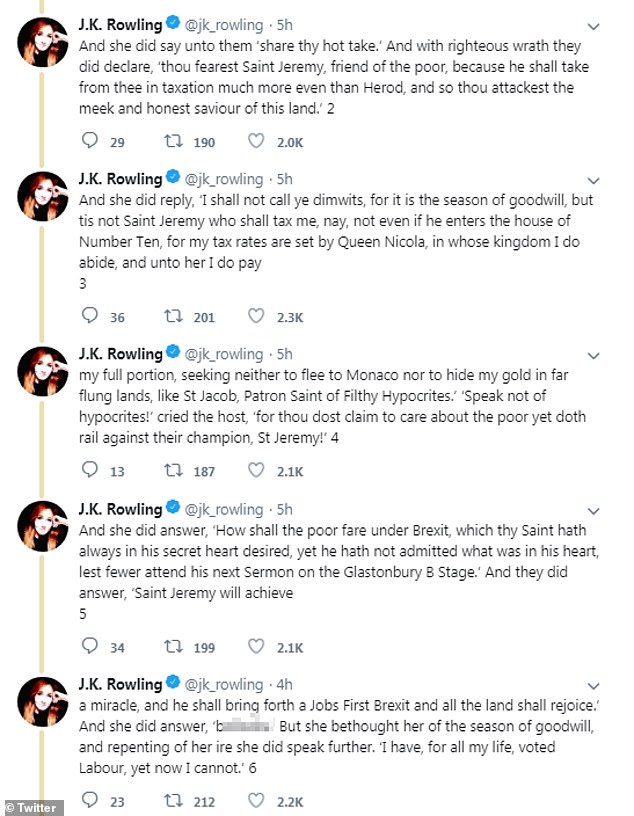 On Mr Corbyn’s failure to adequately tackle Labour’s anti-Semitism problem, Miss Rowling writes: ‘For when Jews no longer feel safe in Labour, I too must leave.’

The author titled the story ‘The Visitation of The Corbynites’

She addressed claims that she was against Mr Corbyn for tax reasons – ‘because he shall take from thee in taxation much more even than Herod’.

Miss Rowling, who lives in Edinburgh, points out her taxes are set by ‘Queen Nicola’ – the First Minister, Miss Sturgeon – adding: ‘Unto her I do pay my full portion.’

Mr Corbyn’s supporters in the story tell her ‘you are a fool who doth not understand St Jeremy’s master plan’, before ordering her to ‘go to a certain allotment, where she would find the Messiah busy with his marrows and she would be filled with the spirit of Momentum’.

But real-life supporters of Mr Corbyn attacked Miss Rowling on Twitter. Scott Fitzjaggers tweeted: ‘Britain is being destroyed by the worst, most corrupt government in living memory and Britain’s most celebrated author is making fun of the opposition leader who’s working to help common people.’

Ahead of last year’s general election, she posted a link to an article titled: ‘What should you do if you support Labour but can’t stand Jeremy Corbyn?’