Sainsbury’s and Asda have offered to sell up to 150 stores as part of efforts to address competition concerns over their £12 billion merger, and claimed that shoppers would be deprived of lower prices should it be blocked.

The supermarkets described the Competition and Markets Authority’s (CMA) provisional findings into the merger, which warned the deal could be blocked unless they sell off significant stores or even one of the brands, as ‘prohibition in all but name’.

They also put forward their own remedies to allay antitrust concerns, offering to sell between 125 and 150 supermarkets and 32 petrol forecourts. 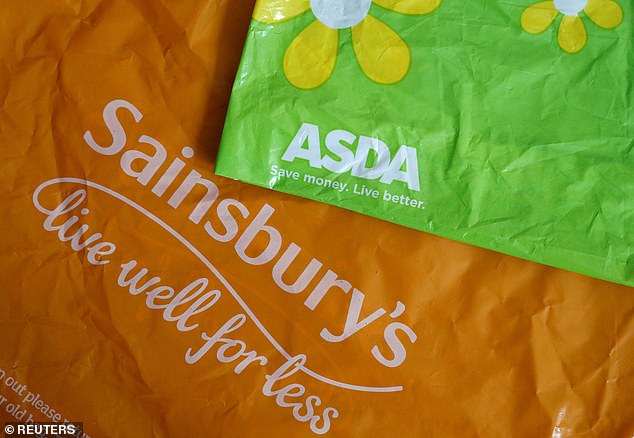 It represents a radical adjustment to the CMA’s calculation, which found 629 areas where there could be a substantial reduction in competition as a result of the tie-up, and a further 290 areas where online competition could be reduced.

The supermarkets’ submission said that the CMA’s remedy proposal is ‘impossible to implement’.

‘Its analysis fundamentally misunderstands how people shop today as well as ignores the intensity of competition and the dynamism of the UK grocery market, which evolves on an almost weekly basis.’

Sainsbury’s believes there are serious flaws with the competition watchdog’s report, and argues the tie-up will deliver £1 billion in savings for shoppers, equating to a 10% cut on everyday items.

Sainsbury’s has said the CMA’s report contains ‘significant errors’, both legal and economic.

The chief executives added: ‘We have committed to £1 billion of lower prices for customers within three years of our businesses merging and proposed a remedy package that would satisfy any reasonable concerns.

‘We urge the CMA to properly reflect the evidence so that we can deliver savings for customers.

‘We regret the uncertainty this process causes for our colleagues and want to reassure them that no stores would close because of this merger, with any divested stores run by a credible third party.’

The CMA is expected to publish Sainsbury’s and Asda’s responses to its provisional findings imminently, and the antitrust body’s final report is expected by April 30.

Showtime’s two-part The Comey Rule has seen by more that 1 million viewers combined for its linear debuts Sunday and...