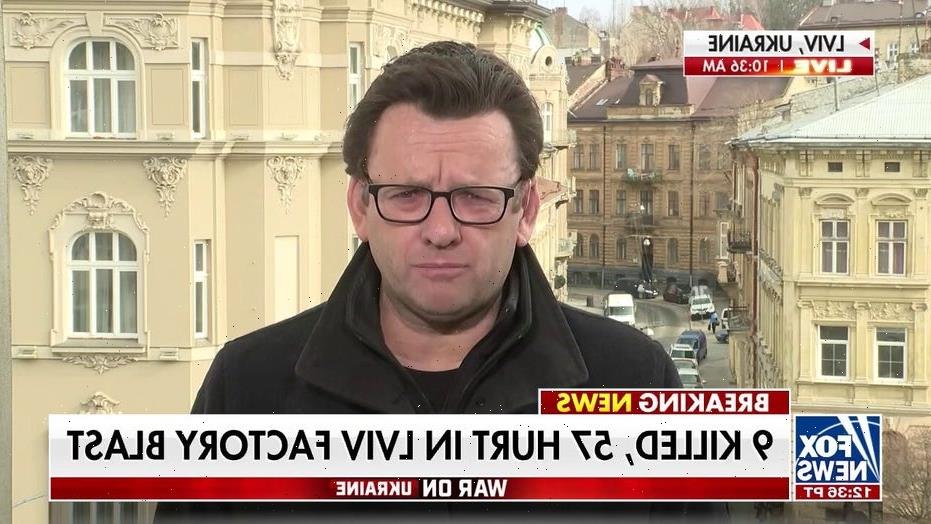 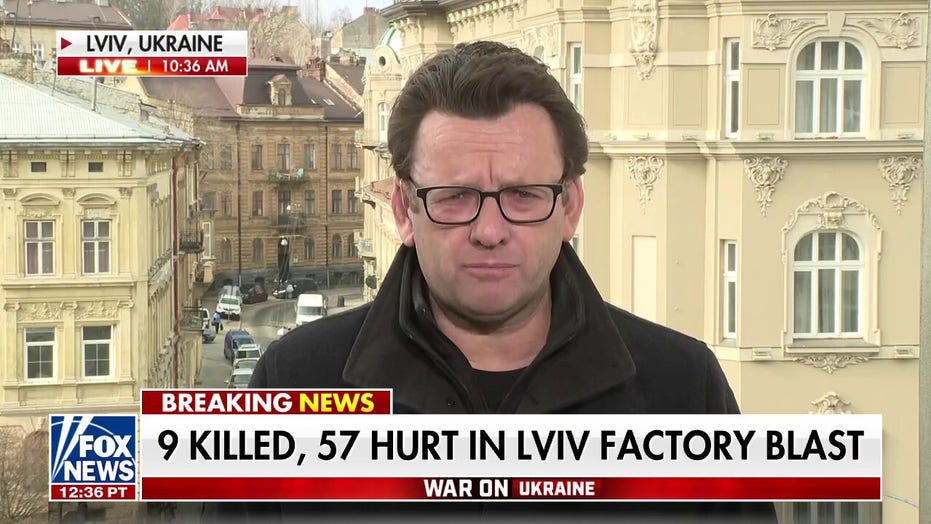 Russian troops launched an airstrike on a Ukrainian military base just 15 miles east of the Polish border, officials said Sunday, in what appeared to be the westernmost attack of the war, according to a report.

NATO sometimes conducts joint military exercises with Ukraine at the International Center for Peacekeeping and Security training base in Yavoriv and U.S. and other foreign troops had been at the base before the invasion, according to Reuters. Poland is a member of NATO. 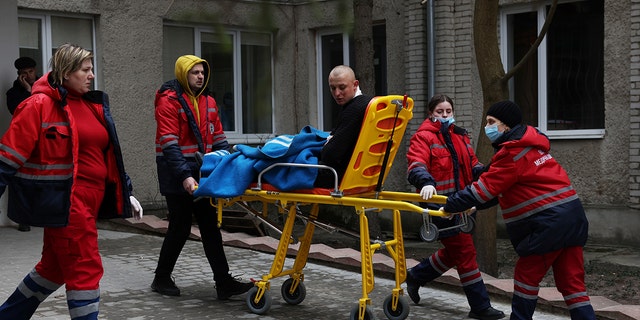 A man is taken on a stretcher to Novoiavorivsk District Hospital on March 13, 2022 in Novoiavorivsk, Ukraine.
(Getty Images) 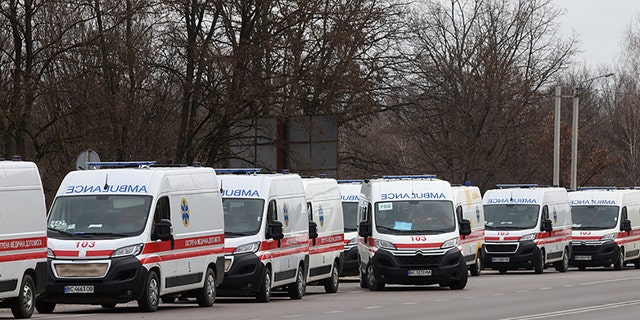 Ambulances are seen traveling to and from the Yavoriv military facility on March 13, 2022 in Novoiavorivsk, Ukraine.
(Getty Images)

Ukrainian officials said they were trying to determine if any foreign military personnel were at the base at the time. 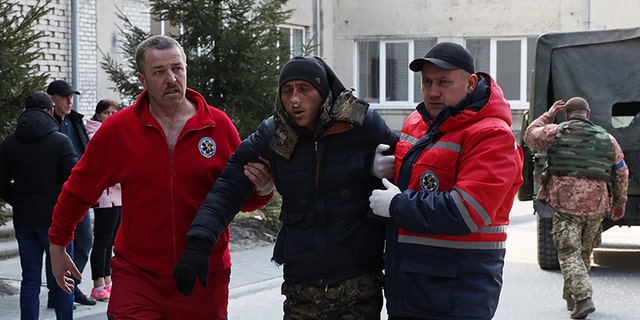 A patient is assisted by medical staff as he arrives at Novoiavorivsk District Hospital on March 13, 2022 in Novoiavorivsk, Ukraine.
(Getty Images)

Russian troops fired around 30 missiles at the base, some of which were intercepted, Kozytskyy said, according to Reuters.