This is the amazing moment a stuntman recreated the famous ‘corkscrew’ bridge jump featured in the 1974 James Bond classic The Man with the Golden Gun in an old Russian car.

Evgeniy Chebotarev, from the village of Gluboky in Rostov Oblast, Russia, taught himself how to perform movie stunts and is known simply by his surname ‘Chebotaev’.

Footage shows the Russian native, wearing a helmet, storming along a dirt track in his Lada car. 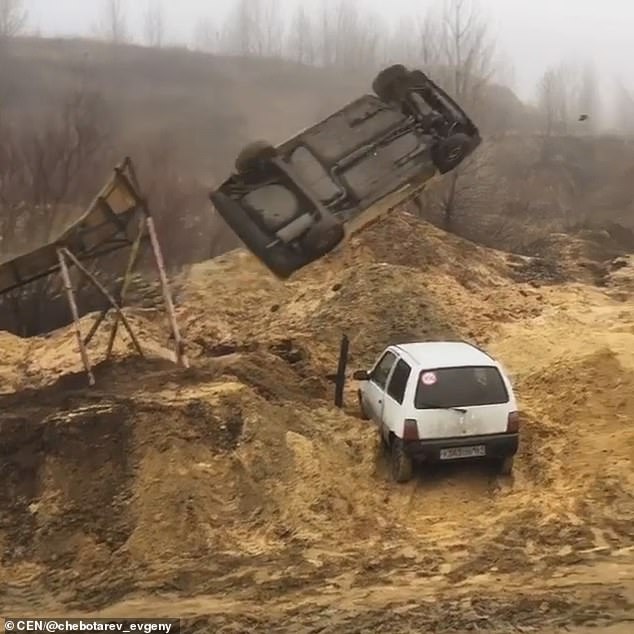 Evgeniy Chebotarev recreated the spectacular ‘corkscrew’ bridge from the ninth James Bond film The Man with The Golden Gun in Gluboky, Russia

He then drives on a wooden ramp similarly to Roger Moore who takes the chance of driving a red AMC Hornet along a similar track in the ninth James Bond movie.

The vehicle then somersaults and lands on to the sandy dunes with a skid.

Chebotarev told Central European News (CEN): ‘What motivates me? I want to be the best and be able to do all kinds of difficult and dangerous stunts.’ 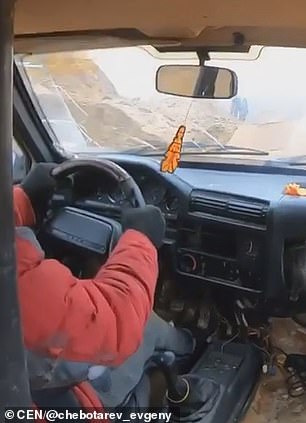 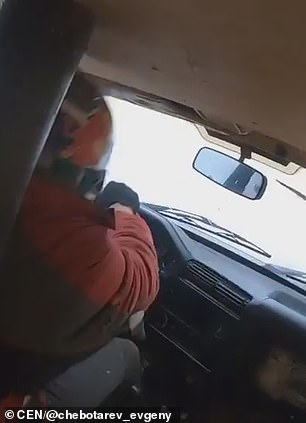 He boasts 100,000 followers on Instagram and he recently recreated the famous ‘corkscrew’ bridge jump and destroyed four cars in the process.

The original stunt was performed by British stunt driver Terry Grant when Moore and Clifton James found themselves on the wrong side of the river and were forced to make a leap.

Grant, who has recently achieved the Furthest barrel roll in a production, holds 23 World Records and performed the stunt in one take.

And Chebotaev achieved the jump at the fourth attempt in his Russian-made Lada.

The stuntman and his friends had to reassemble the ramp three times before getting it right.

He told CEN: ‘The stunt made me realise that nothing is impossible, even if you don’t have the money to do it as you would ideally like. If you have a goal, then just do it and don’t put it off for another day.’ 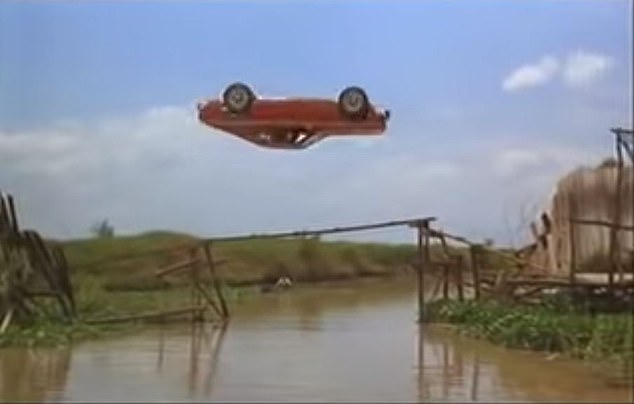 The clip has sent the internet into meltdown with 49,418 views.

Netizen Shibok said: ‘This looks impressive. Amazing! You did a great job!’

Atti1a commented: ‘You deserve so much respect.’

Sereja161 wrote: ‘You are a true madman, but you also rock!’