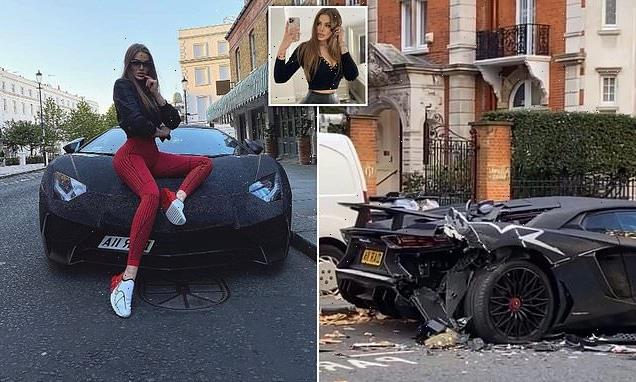 A Russian model who put two million Swarovski diamonds onto her £270k Lamborghini Aventado has been left with a new car bill – after it was wrecked in a crash.

Daria Radionova, 26, had got the black motor customised with the crystals to show off her bling lifestyle to her 626,000 Instagram followers.

The motor – which has a top speed of 217mph -even has a personalised numberplate DAR 11A so people know who it belongs to.

But the unusual vehicle is now off the road after being involved in a crash in London.

A picture of it emerged showing the rear of the car completely smashed up as if another had gone into the back of it.

Ms Radionova has not posted about the mishap and it is not known who was in the car at the time. 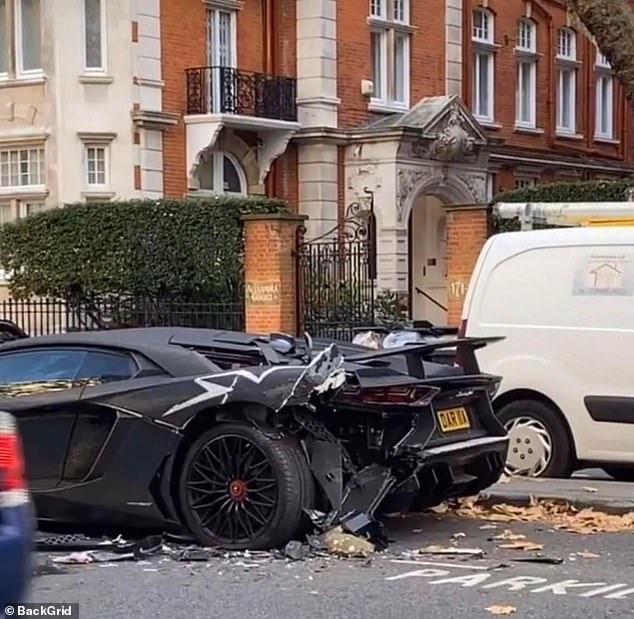 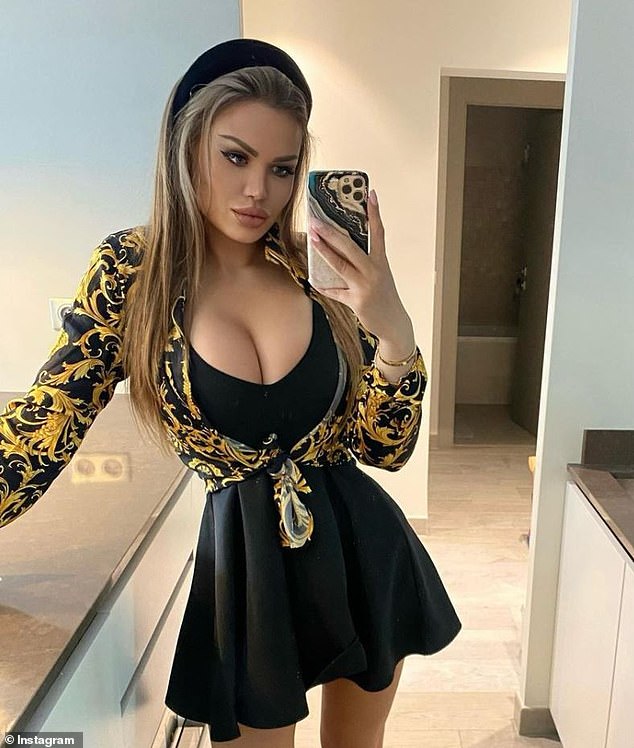 Ms Radionova, 26, got the black motor customised to show off to her 626,000 Instagram fans 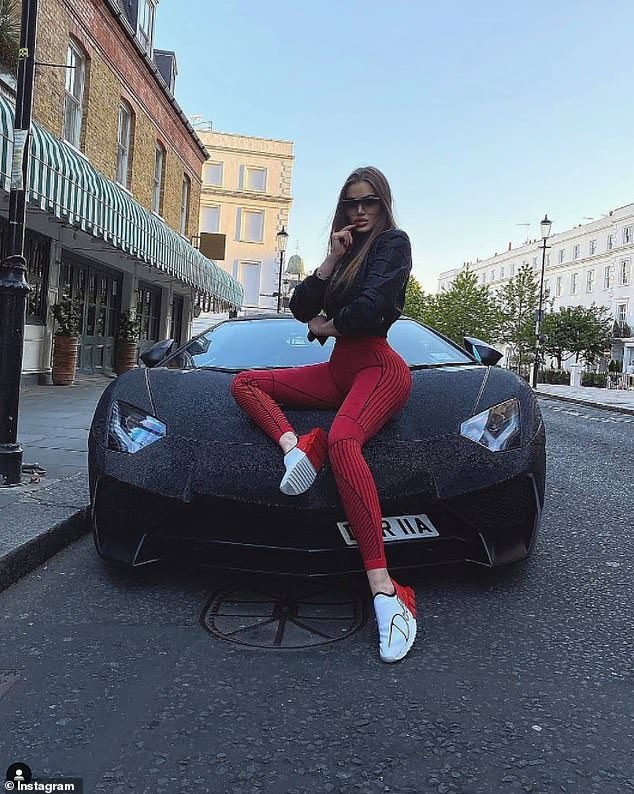 It will come as a devastating blow to her as it is one of her most prized possessions.

She regularly shows it off on her social media platforms to her fans.

Only a week ago she put up two pictures of it at a garage in Knightsbridge being filled up with petrol.

Then on Monday she Instragramed another of her in a baseball cap getting out of the driver’s seat. 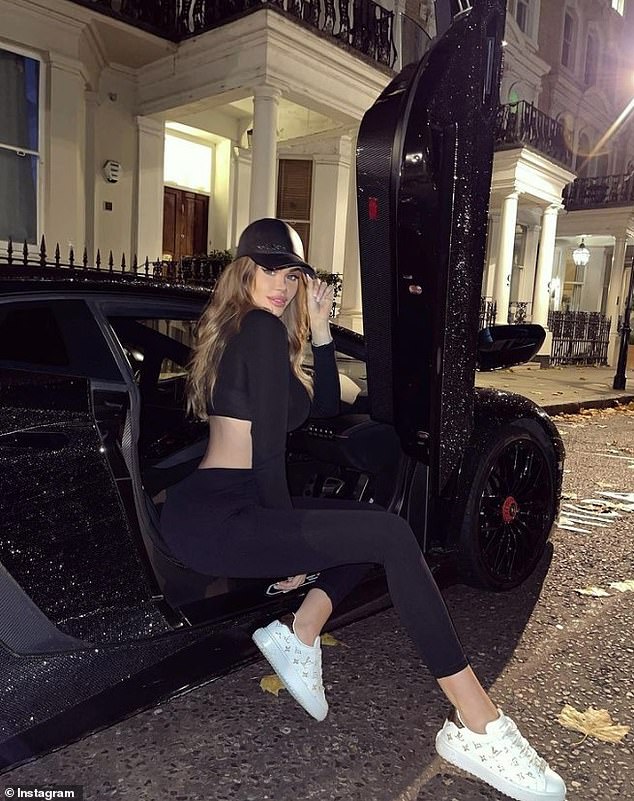 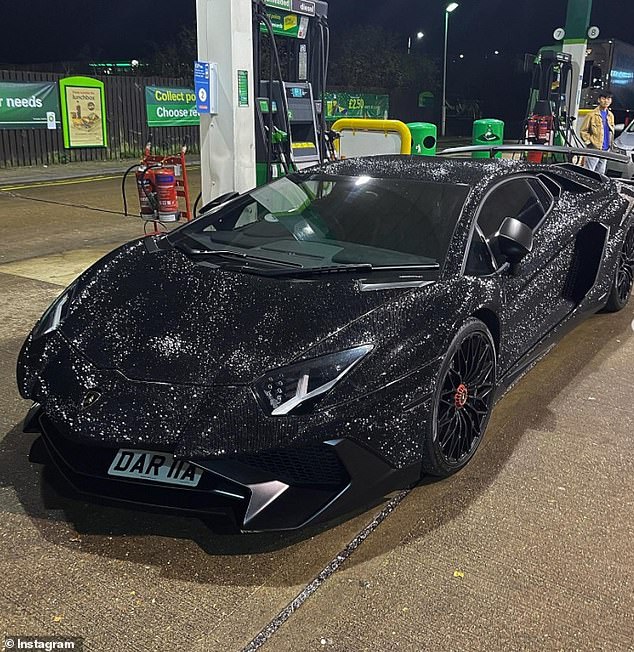 The location appeared to be a similar road to where the crash happened.

Ms Radionova was first known to have been the owner of the car back in 2019.

Stunned pedestrians in London spied it as it was showcased at rally in Kensington.

Work to add on the crystals took over 700 hours, because it has to be done painstakingly by hand.

She had been delighted with the end result, telling her followers ‘I have no words to describe how shiny it is –  it was a complete shutdown.”

Ms Radionova is serial car customiser and has done the same to one of her vehicles before.

In 2020 she drove her £150,000 Lamborghini Huracan covered in a million crystals down Oxford Street.

Six years earlier she sold her Mercedes CLS 350, which was also covered in crystals, on eBay.

The bespoke work is carried out by Swarovski artist Vinceri, who has also worked with TV personality Maya Jama.

They teamed up to do some flash drinks tumblers with the former Radio 1 DJ.