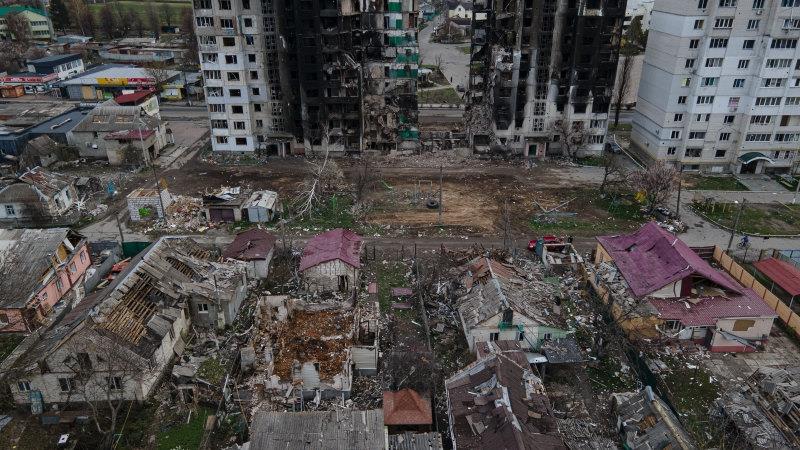 Russia’s Defence Ministry says it has struck 58 military targets in Ukraine overnight into Friday, including sites where troops, fuel depots and military equipment were concentrated.

The ministry said it had also struck three targets using high-precision missiles in Ukraine, including an S-300 air defence system and a large concentration of Ukrainian troops with their equipment.

Reuters could not immediately verify the report. 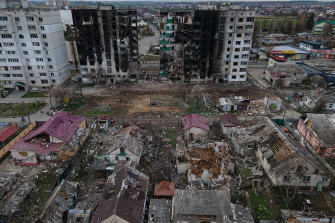 A destroyed apartment building next to an area of heavily damaged houses in Borodianka, Ukraine, on Thursday.Credit:Getty Images

Meanwhile, a Ukrainian AN-26 transport plane crashed during a “technical flight” in southern Ukraine on Friday afternoon (AEST) and there were casualties, local authorities said.

Details of the crash, in the Zaporizhzhia region, were being verified.