MOSCOW/ATHENS (Reuters) – Greece and Russia are ready to put behind them a diplomatic row that troubled relations in July, Russian President Vladimir Putin and Greek Prime Minister Alexis Tsipras said after meeting in Moscow on Friday. 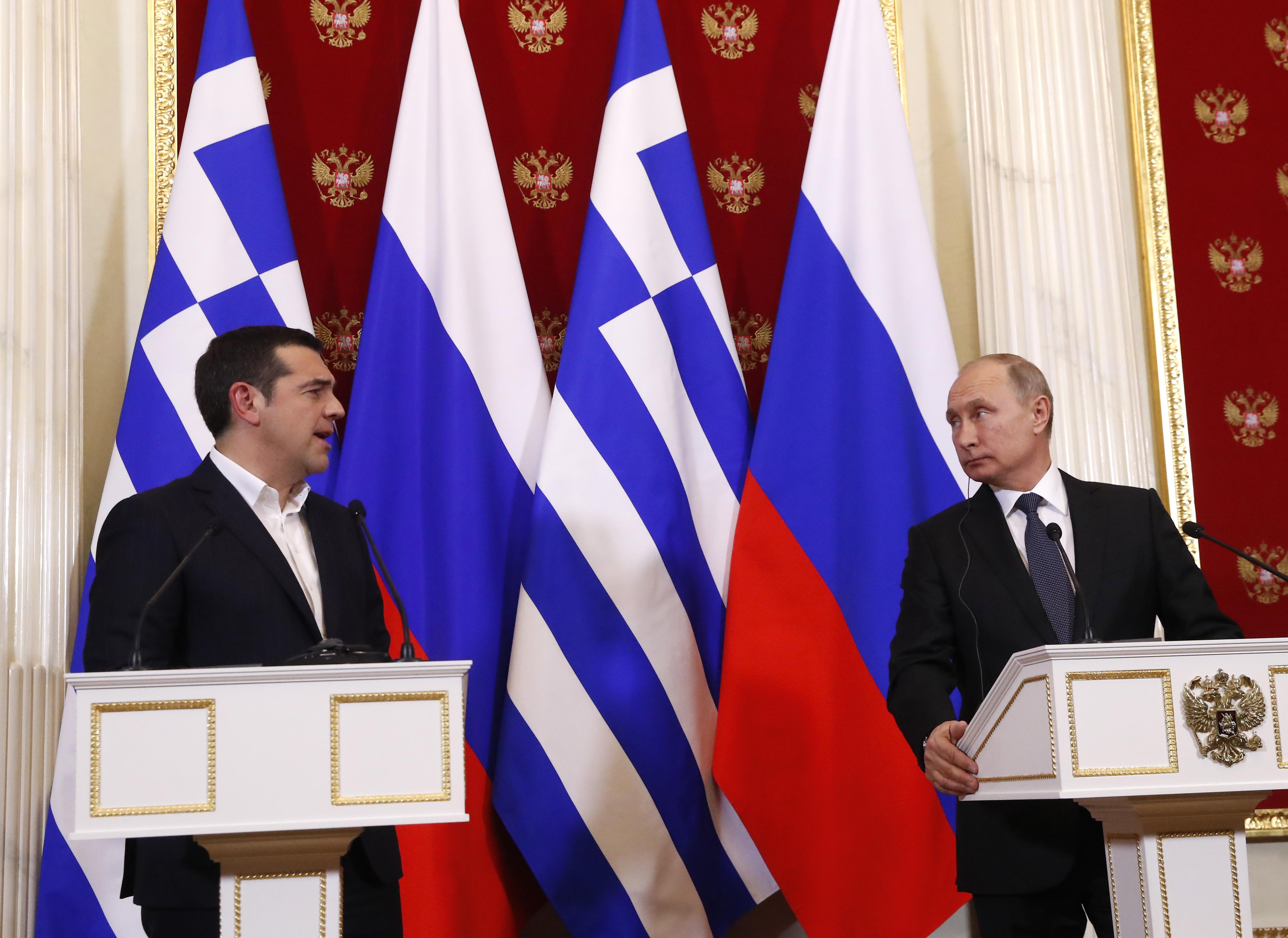 Athens said it had expelled two Russian diplomats and barred two other people from entering the country in July for trying to bribe officials and foment demonstrations to thwart a deal that would allow Macedonia to join NATO.

Russia has flatly denied the allegations.

In their first meeting since that incident, the two leaders defended their countries’ stance but appeared ready to turn a page.

Putin called the allegations “rubbish” and said that the respective intelligence services could settle such situations “without any theatrical gestures.”

“Firstly, right from the start we did not agree and we don’t agree now with the reason why our diplomats were expelled,” Putin told reporters.

“It’s hard for me to imagine that anyone with common sense either in Greece or Russia could think that Russia would plot or intrigue against Greece. It’s just nonsense, rubbish.”

“I hope that this page really has been turned,” he said.

Athens and Skopje have agreed that Macedonia will change its name to the Republic of North Macedonia to end a decades-long dispute and potentially enable it to join the NATO military alliance and the European Union, which Russia opposes.

Tsipras said he believed the diplomatic row was an isolated incident and that the two countries had a lot to gain from deepening future cooperation.

“When we see some isolated, and I do believe that they are isolated, incidents that annoy us, we are obliged to send a message,” Tsipras said.

“I believe that we are looking forward and that this case is over. What is important today is to take advantage of our big potential to deepen our cooperation in a series of sectors,” he said.