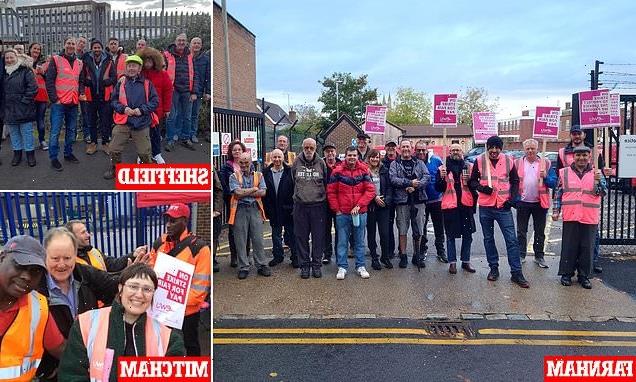 Postal workers staged a fresh strike today in a long-running dispute over pay and conditions, with a series of 19 further walkouts planned for the coming weeks.

The Communication Workers Union (CWU) described the action as the largest strike in a year that has seen industrial unrest across several industries, including rail.

Some 115,000 members across the UK took action today, with picket lines mounted outside Royal Mail offices on what was the sixth strike day in recent months.

The CWU tweeted pictures of workers on strike this morning in locations including Leicester, Sheffield, Oxford, Aberdeen, Worcester, Belfast and across London.

Picket lines were also mounted at Bognor Regis in West Sussex, King’s Lynn in Norfolk, Sidcup in Kent, Romsey in Hampshire and Thirsk in North Yorkshire. 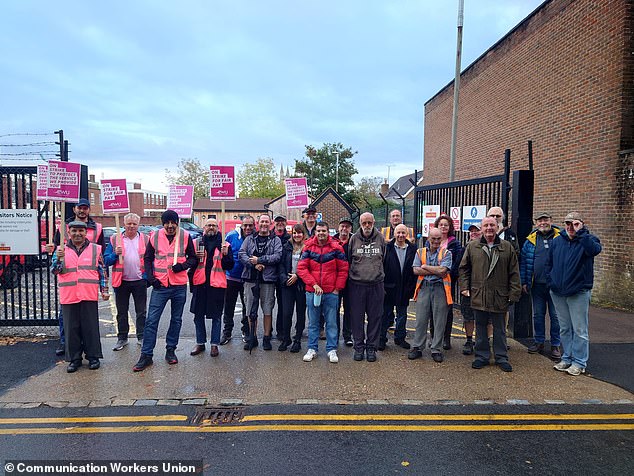 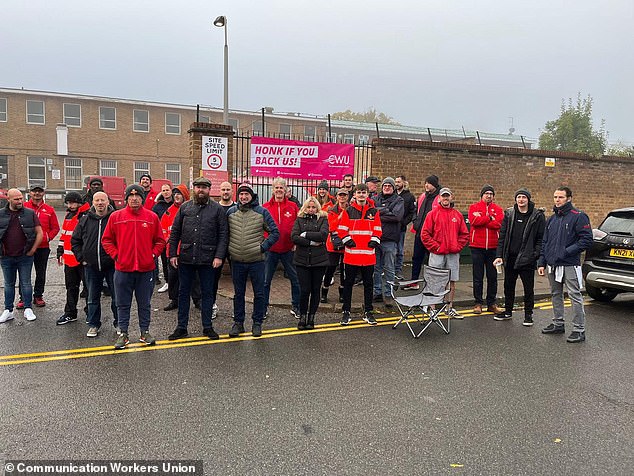 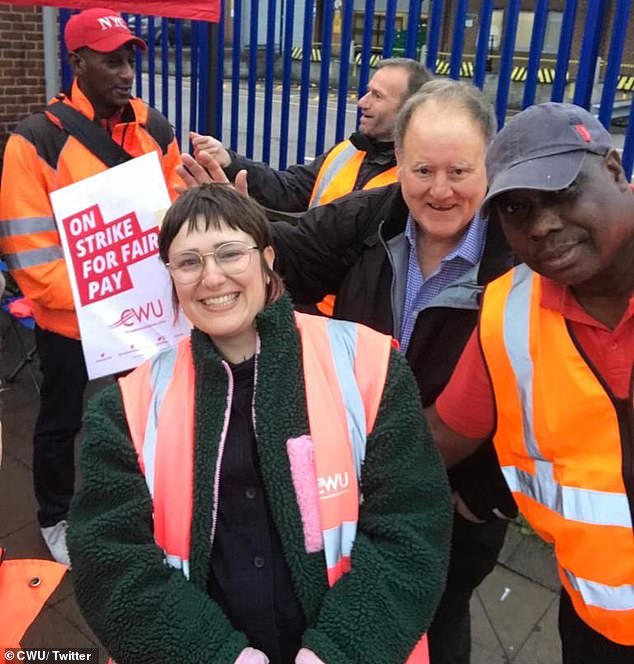 The union has accused the Royal Mail of planning structural change, which would effectively see employees in secure, well-paid jobs turned into a ‘casualised, financially precarious workforce overnight’.

The CWU said plans include delaying the arrival of post to members of the public by three hours, cuts in workers’ sick pay and inferior terms for new employees.

The union has announced 19 further days of strike action in the build up to the busy Christmas period.

General secretary Dave Ward said: ‘Postal workers face the biggest ever assault on their jobs, terms and conditions in the history of Royal Mail.

‘The public and businesses also face the end of daily deliveries and destruction of the special relationship that postal workers and the public have in every community in the UK. 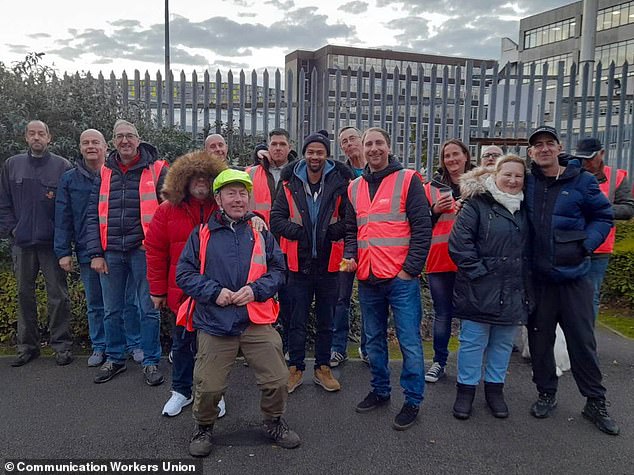 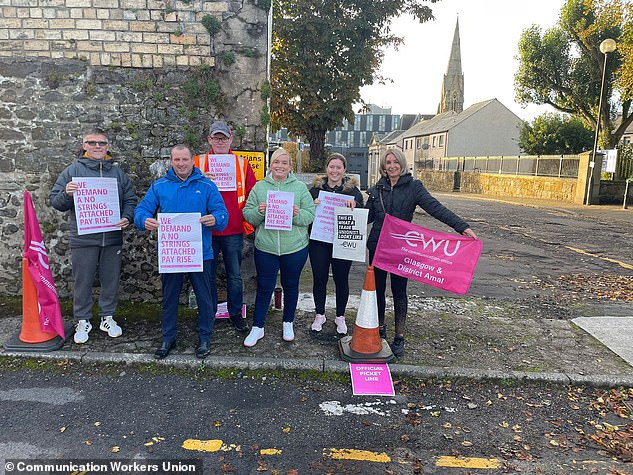 ‘It is insulting the intelligence of every postal worker for Royal Mail chief executive Simon Thompson to claim that their change agenda is ‘modernisation’.

‘It is nothing more than an asset stripping business plan that will see the break-up of the company and the end of Royal Mail as a major contributor to the UK economy.

‘Royal Mail Group claim to be losing £1million a day. The CWU believe these figures need to be scrutinised.’

A Royal Mail spokesman said: ‘Three weeks ago, Royal Mail invited the CWU to enter talks through Acas to find a resolution to our change and pay dispute. We have not reached an agreement with the CWU on this request.

‘Royal Mail is losing £1million a day and must change faster in response to changing customer demands. 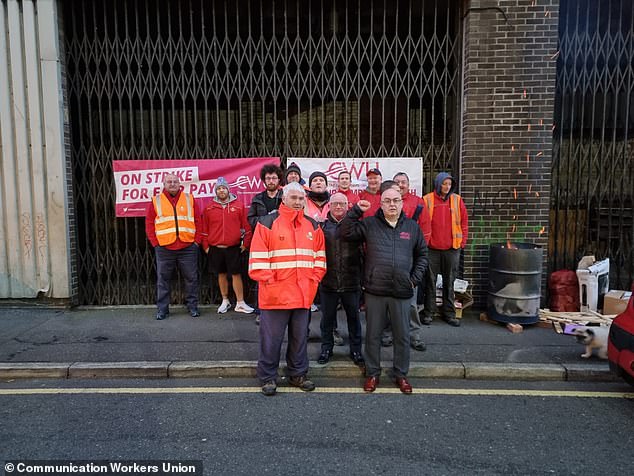 ‘The CWU leadership’s choice of damaging strike action over resolution is weakening the financial position of the company and threatening the job security of our postmen and women.

‘We call on the CWU leaders to cancel their planned strike action and accept our invitation to enter talks through Acas without further delay.

‘We apologise to our customers for the inconvenience the CWU’s continued strike action will cause.

‘We are doing all we can to minimise any delays and keep people, businesses and the country connected.’