The one where Ross goes to prison: David Schwimmer-lookalike thief is jailed for stealing Lynx deodorant from Wilko after he was found with a knife and three bottles of whiskey 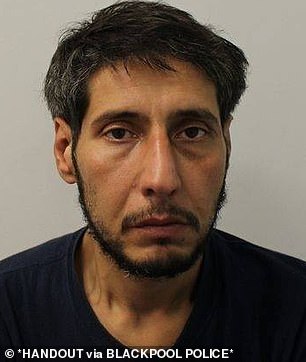 A crook who found fame when he was caught on CCTV bearing a startling resemblance to Friends actor David Schwimmer has been jailed today for 18 weeks.

Abdulah Husseini appeared via video link from prison and admitted stealing £156 of Lynx deodorant from a Wilko store.

The 36-year-old first became notorious last October after Lancashire Police released CCTV stills of a suspect accused of theft and fraud in Blackpool.

The internet went into meltdown because of the similarity of the man in the footage to Schwimmer.

The actor – who played Ross Geller in the US sitcom – then released a video of him imitating the man carrying beer cans, tweeting: ‘Officers, I swear it wasn’t me. As you can see, I was in New York. To the hardworking Blackpool Police, good luck with the investigation #itwasntme.’

Today the now shaven-headed defendant also pleaded guilty to being in possession of a craft knife.

The court also heard how he had been convicted for handling stolen goods and failing to turn up for a previous court hearing.

On September 11 last year he was caught on CCTV leaving the Wilko in Hounslow, west London with the tray of men’s deodorant and police began investigating the theft. 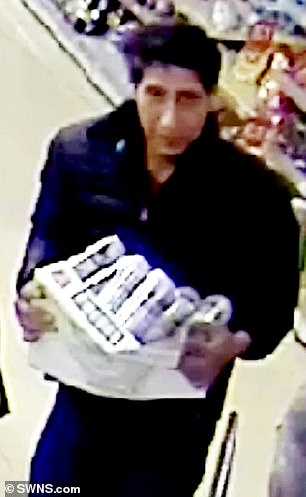 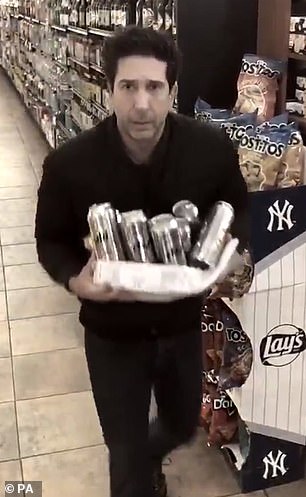 Abdulah Husseni was arrested after police in Blackpool released this image (left) during a theft investigation. The picture was viewed around the world after social media wags compared the person pictured to Friends star David Schwimmer, who then made a mock-up of the scene

Then on October 21 he was stopped coming out of a Marks and Spencer store in Southall. Police found he had three bottles of Jameson’s whiskey on him.

He was arrested and treated positive for cocaine and opiates. He was charged with handling stolen goods, but then failed to turn up for his court hearing last month.

On January 14, Husseini was stopped in Southall by a police officer who identified him after the Wilko theft. He was found to be in possession of a bladed article – the orange craft knife.

Wearing a grey prison jumper he spoke to confirm his name, date of birth, nationality and address.

He pleaded guilty to being in possession of the knife. Husseini also admitted to the theft of the deodorant cans, then caused confusion in court by changing his mind and pleading not guilty. He told the court: ‘What do you want to do? I don’t have a choice.’

But he then confirmed to the court he would plead guilty to that offence as well. Prosecutor Rav Chodha told the court: ‘This is the theft at the Treaty Centre in Hounslow on September 11. The defendant is seen on CCTV to steal a large quantity of Lynx deodorant and leave, making no attempt to pay.’ 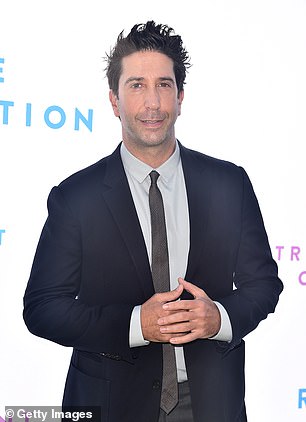 Schwimmer is seen out in LA in October 2018

‘He is found to be in possession of a craft knife which is in his pocket. The defendant was interviewed and made no comment to questions put to him in his interview.’

In relation to the handling stolen goods on October 21, the prosecutor added: ‘The defendant is seen by officers on that day in at 11am .

‘He is seen coming from a M&S store. The bottles (of whiskey) were wrapped in foil and the security tags were still attached. He tested positive for cocaine and opiates at the police station.’

Magistrate Rupert Holderness jailed Husseini for a total of 18 weeks due to the ‘seriousness’ of the offences. He was jailed for 10 weeks for the possession of knife, four weeks each for the theft and the handling stolen goods.

He got a further two weeks – to run concurrently – for the failure to turn up to court. Husseini was arrested on November 18 on suspicion of those offences, which have not be dealt with.

He is next due to appear at Preston Crown Court on February 15 to face charges of theft and fraud by false representation.