Neither Rory McIlroy nor Jon Rahm are putting too much weight behind Phil Mickelson’s comments from Saudi Arabia.

The PGA Tour isn’t “trending downwards,” they said this week at The CJ Cup in South Carolina. Phil Mickelson and others on the LIV Golf series are just reaching out of necessity.

“I certainly don't see the PGA Tour trending downward at all. … I don't agree with what Phil said last week. I understand why he said it because of the position he is in, but I don't think anyone that takes a logical view of the game of golf can agree with what he said.”

Rahm: ‘I don’t know what he’s talking about’

Mickelson was in Saudi Arabia last week for the penultimate LIV Golf event of the season, marking the first time he’s been to the country since his explosive comments about working with that regime — which he described as “scary motherf***ers.”

Mickelson has received perhaps the most criticism for his involvement with the controversial league, but he insisted that he was on the “winning side” in the internal battle for the sport.

“I think going forward you have to pick a side. You have to pick what side do you think is going to be successful,” Mickelson said last week. “And I firmly believe that I’m on the winning side of how things are going to evolve and shape in the coming years for professional golf. … I see LIV Golf trending upwards, I see the PGA Tour trending downwards and I love the side that I’m on.”

Though LIV Golf has lured several recent major championship winners and 12 players currently ranked in the top 50 in the Official World Golf Rankings, there are still plenty of issues with the startup circuit. Golfers still can’t earn OWGR points, so they are continuously falling in the rankings. There is no television deal yet, either, despite reports that LIV was actually going to pay Fox Sports to start airing tournaments.

And, perhaps most notably, LIV Golf and the PGA Tour are deep in a legal battle, too.

“Man, I love Phil, but I don't know what he's talking about. I really, I really don't know why he said that,” Rahm said Tuesday. “There's been some changes being made, but it doesn't necessarily mean it's going down, right? … I truly don't know what drove him to say something like that.”

McIlroy can reach No. 1 this week

Both Rahm and McIlroy are competing this week at The CJ Cup, which was moved from South Korea to the Congaree Golf Club in South Carolina this season.

The tournament will feature the strongest field of the season to date, too. Top-ranked Scottie Scheffler, Justin Thomas, Jordan Spieth and Collin Morikawa are all making their season debuts this week. Rookie of the Year Cameron Young is in the field, as is 20-year-old star Tom Kim. In total, six golfers ranked inside the top-10 are competing in South Carolina.

If things go well for McIlroy, he can retake the top spot in the world rankings for the first time since 2020.

Yet the reigning FedExCup champion insisted that he isn’t too focused on that anymore. The first time he got there in 2012 was actually underwhelming.

“I remember waking up the next morning and being like, is this it?” he said. “You know, you sort of, you work towards a goal for so long and then you wake up the next day and you don't feel any different after having achieved it. … I think if I get back to No. 1 this week, it's like my ninth time getting back. It sort of illustrates you can have your runs and you can stay there, but I think the cool part is the journey and the journey getting back there.”

Even though he said he doesn’t really care, he did immediately know that it would be his ninth time at No. 1.

“I might have researched a little bit, maybe,” he said. 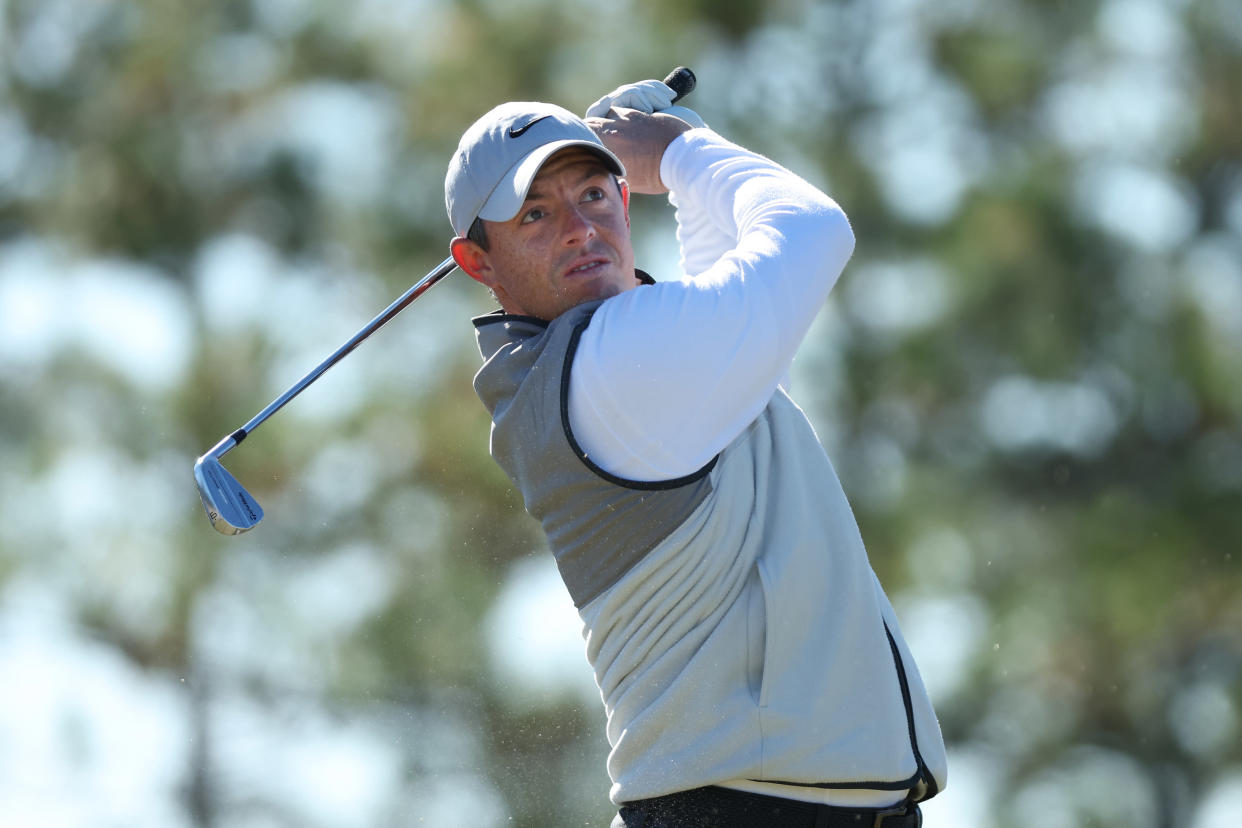