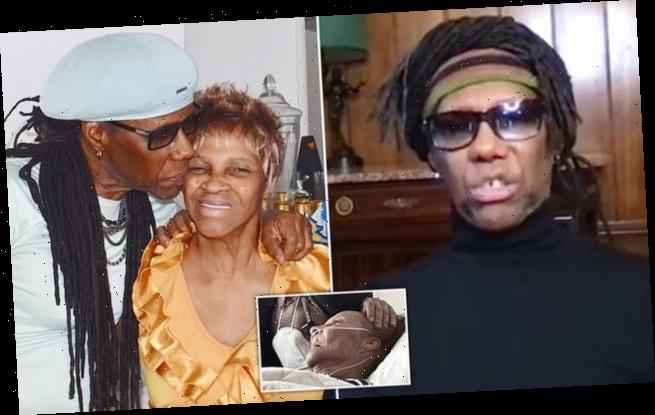 An emotional Nile Rodgers has revealed that he’s been unable to bury his mother a month after she died because her body is in a refrigerator truck filled with covid victims.

The 68-year-old Chic guitarist announced his mother Beverly Goodman, 82, had died on December 27 at a New York hospital following a battle with Alzheimer’s disease.

And today he told Andy Coulson on his Crisis What Crisis podcast that the coronavirus outbreak in New York means that his mother’s body is still being kept in the back of a refrigerated truck, along with victims of the virus.

He said: ‘I mean talk about a crisis. So, today is the 26th and my Mom is still – I’ve not been able to make any funeral plans.

‘She’s in the back of a refrigerator truck because of Covid.

‘It’s horrible, breaking our hearts. When you go there and you see something that’s so graphic like that it really reminds you of images of people thrown into mass graves.’

Video from the Crisis What Crisis podcast 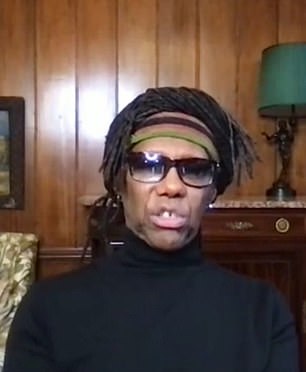 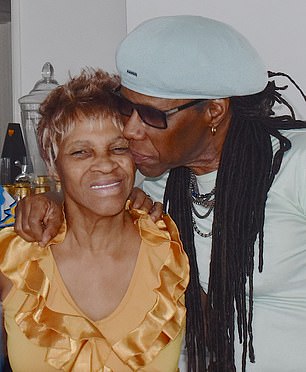 Rodgers was speaking to Andy Coulson this week about the passing of his mother, Beverly Goodman, 82 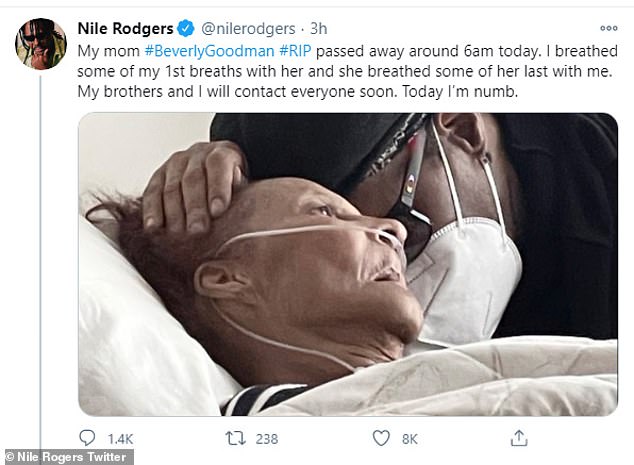 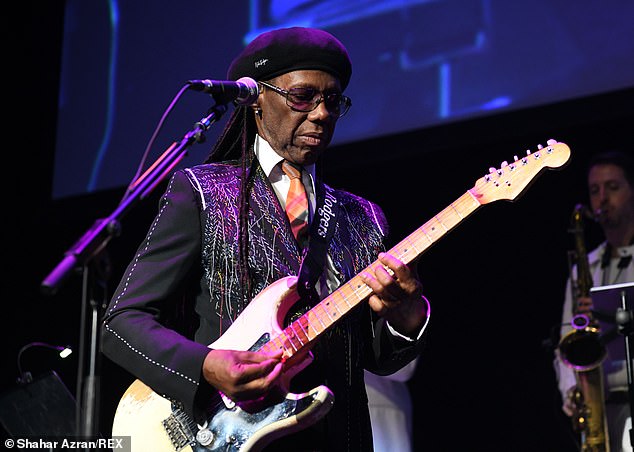 Nile Rodgers, 68, spoke about the crises he had experience in his colourful life on Andy Coulson’s new podcast

New York, though some way off the levels of the first wave, experienced a surge in winter coronavirus deaths, heaping more pressure on the city’s morgues and hospitals.

It is one of many cities across the US which has implemented cooling trailers as mobile morgues to cope with the number of dead people.

Despite the ongoing distress to Rodgers’ family, however, he was able to celebrate his mother’s life on the Coulson podcast.

‘My Mom and Dad were beatniks so we were all into alternative lifestyles and philosophies and all very open-minded,’ Rodgers said. ‘So in a strange way things were fun because they were exploratory.

‘The time was all of this information, all of these alternative lifestyles, and my parents were super super, intellectual, very kind people and because of their love I was able to live through their self-centredness.

‘When you’re a heroin addict you can’t help but be self centred, but they were still very loving, they were just victims of their addiction.’

He also described how it was difficult for his mother and stepfather to deal with racial prejudice because his stepfather was a white Jew.

‘But it just shows you how incredibly hip my stepfather was,’ Rodgers said.

Last month, he posted a heartbreaking final photo from his mother’s bedside.

He wrote: ‘My mom #BeverlyGoodman #RIP passed away around 6am today.

The New York native had just the week before revealed his anguish at not being able to meet with her during the Christmas holidays due to the hospital’s coronavirus regulations.

‘The saddest part of this #COVID holiday is not being able to visit my #mom,’ Rodgers said on December 23.

‘She’s always happy and entertaining even w late stage #Alzheimer’s. I’ve learned to redirect or not, so she’s never uncomfortable with her memory loss.’

Rodgers has previously opened up about his family history with the disease.

‘Six family members have had Alzheimer’s,’ he said. ‘We are talking about my mother who currently has Alzheimers. And my mum’s sister, my aunt, died of Alzheimers.

‘And also her daughter died of it. And my uncle as well.’

He told the publication about his work with the music therapy charity organization Nordoff Robbins and the impact of music to communicate with people.

‘To be at the forefront of it is a very noble cause. I have seen music get through to people right in front of me.’