Rob Gronkowski has an important decision to make, and he's not rushing it.

The longtime NFL tight end, who played for the Tampa Bay Buccaneers the last two seasons, told TMZ on Monday that he truly doesn't know whether he's going to return for the 2022 football season. In fact, he's so focused on making the right decision that he's preventing himself from even doing any physical football activities so he can make a clear-headed, unbiased decision about his future.

Gronk is currently a free agent. Bucs GM Jason Licht said in February that the team would welcome him back with open arms if he wants to return, but it is "giving him his space right now to decide on what he wants to do."

And the decision Gronk has to make has a lot of layers. He has to think about his health (he's said in the past that he's had several concussions), his future and his desire to spend another nine months immersed in professional football. Plus, he's already been retired once, and the siren call of beach chairs and not sacrificing your body to the football gods is probably hard to resist.

But on the other side there's football, which he loves, and Tom Brady, his longtime QB who retired and then suddenly unretired this offseason. That is also hard to resist, but it's telling that Brady's return didn't automatically signal Gronk's return to the Bucs.

Gronk originally retired following the 2018 season, but immediately catapulted back into football to join Tom Brady when his longtime QB signed with the Bucs in 2020. Brady's unretirement didn't trigger the same reaction this time, so it seems like Gronk's decision, whatever it will be, will be entirely about him and his future.

There is one upcoming football event that Gronk is probably very focused on: his Gronk Beach draft day party on April 29. If he can avoid physically doing any football activities until after the party is over, it's possible he could be ready to make that big decision. 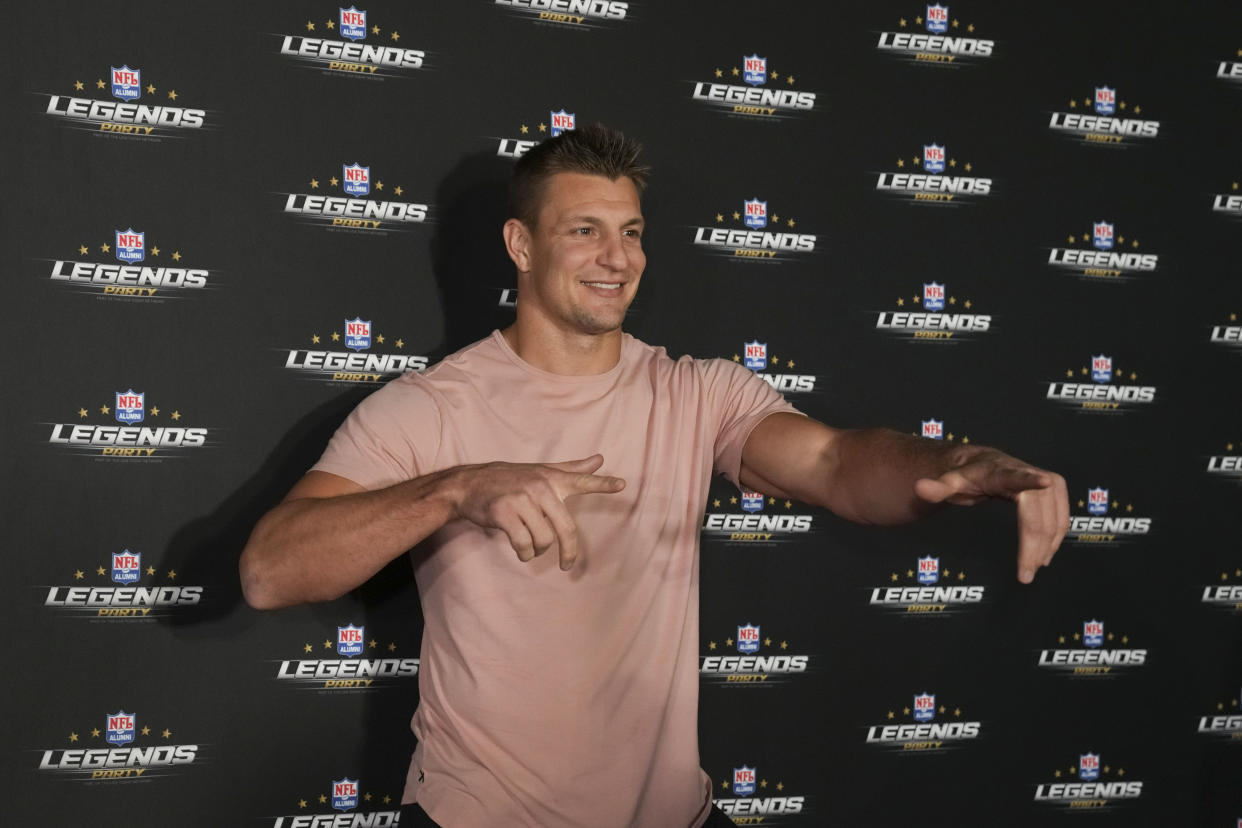