The Barbados-born singer-entrepreneur earned her way onto the Forbes list due largely to her Fenty Beauty and Fenty Skin brands.

Circulating word that fashion icon Rihanna is a billionaire isn’t actually new “news.” However, this week, the global superstar made her debut on Forbes’ popular World Billionaires List for 2022.

According to People, Ri-Ri joined fellow “Run this Town” artists Jay-Z and Kanye West on the list. 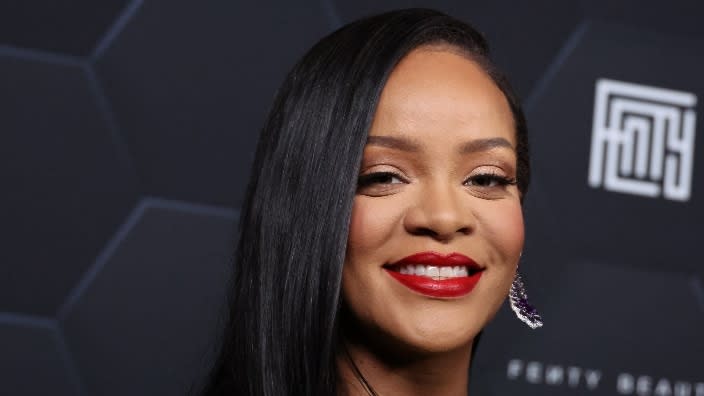 Rihanna is number 1,729 on the Forbes roster — out of a total of 2,668 — boasting a net worth of $1.7 billion. She joins the list as its highest-ranked female musician.

The Barbados-born singer-entrepreneur has earned her way into the ranking due largely to her Savage X Fenty lingerie and popular Fenty Beauty and Fenty Skin brands. The skincare and makeup lines debuted in 2017 with products that catered to a variety of skin types and tones. She is the first person from Barbados to appear on the list.

“It’s something that I’ve always wanted to do, but I’ve always had so much on my hands,” she said that year, according to Vanity Fair. “But, this time, I’m going to make sure it happens. I’m going to find some time between albums and fragrance to do that. I promise.”

The 34-year-old singer has most recently been spotted out glowing and showing off her pregnant belly. She is expecting a child this year with rapper A$AP Rocky.

Rihanna is a little higher on the list than Jay-Z, who first signed her to Def Jam Recordings. The rapper’s net worth is down $6 million to $1.3 billion, according to the list.

Above them, is Ye, now worth $2 billion thanks to his collaborations with Gap and his Yeezy sneaker line.

Even higher up on the list is OWN Network creator Oprah Winfrey, with a net worth of $2.7 billion. She is also joined by her friend Tyler Perry, worth $1 billion.

At the top of the list of the world’s richest people is Elon Musk, who is worth $219 billion.

The post Rihanna joins the billionaires club courtesy of her Fenty lineappeared first on TheGrio.