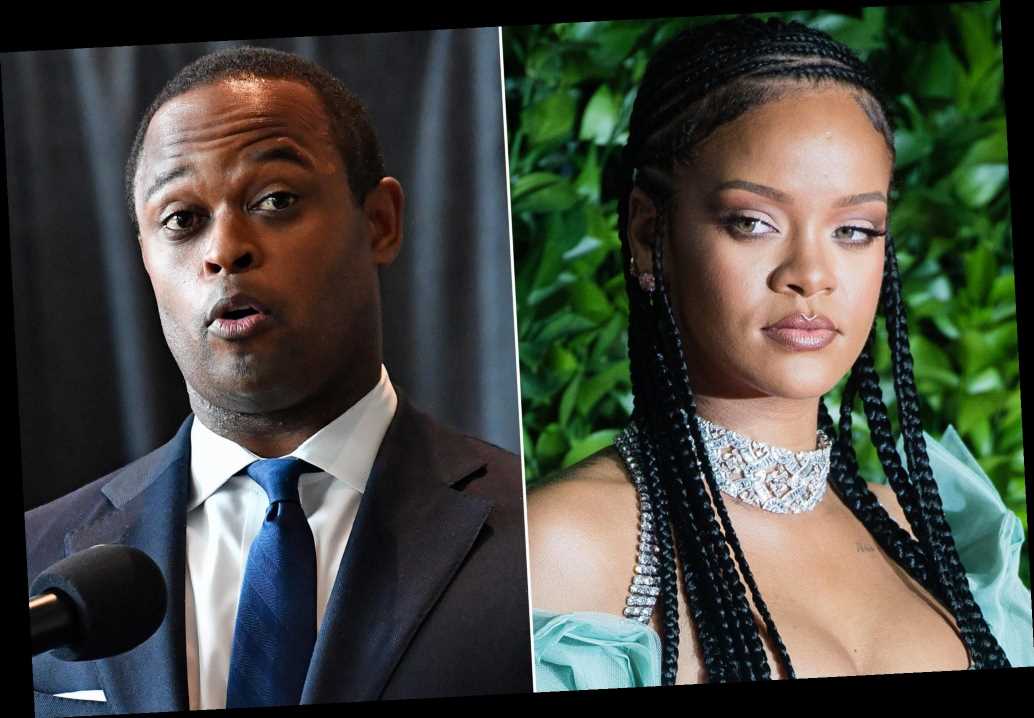 Cameron, whose office failed to charge the cops involved in Taylor’s shooting death, posted a one-minute video on Twitter to commemorate the start of the month.

“Sup n—-a?” Rihanna shot back in a retweet. “#JusticeforBreonnaTaylor.”

The 32-year-old singer has been vocal about the Taylor case in the past.

In an Instagram post last year, Rhianna posted a photo of a protester holding a sign that read, “A cop shot a black woman and was only charged for the shots missed.”

“I’m just gon’ let this sink in to your hollow skull @danielcameron,” the singer wrote.

Taylor, 26, was shot dead during a botched police raid on March 13.

A grand jury heard the case but did not file charges — except against one of the cops for firing into a neighboring apartment during the raid.

The two other officers involved in the raid were fired last month — but none have been hit with criminal charges in Taylor’s death.

Three members of the grand jury panel later came out and blasted Cameron, saying prosecutors instructed them that homicide charges against the cops were off the table.