Still partying like there’s no tomorrow! More than 20,000 festival goers in out-there fashions keep the pedal to the metal as they dance up a storm at Byron Bay’s famous Falls Festival

Festival-goers celebrating the second day of Falls Festival have donned some of their most creative looks yet.

From all-white ensembles to bright stripes and plenty of barely-there bralettes, attendees stripped down to the bare essentials for three days of dancing and partying.

Temperatures exceeded 28C on Tuesday as revellers danced to the likes of Vance Joy and Hilltop Hoods.

Pink also seemed to be the colour of choice for many of the girls in attendance, with one female patron rocking vibrant pink hotpants while another opted for a latex Barbie pink crop top. 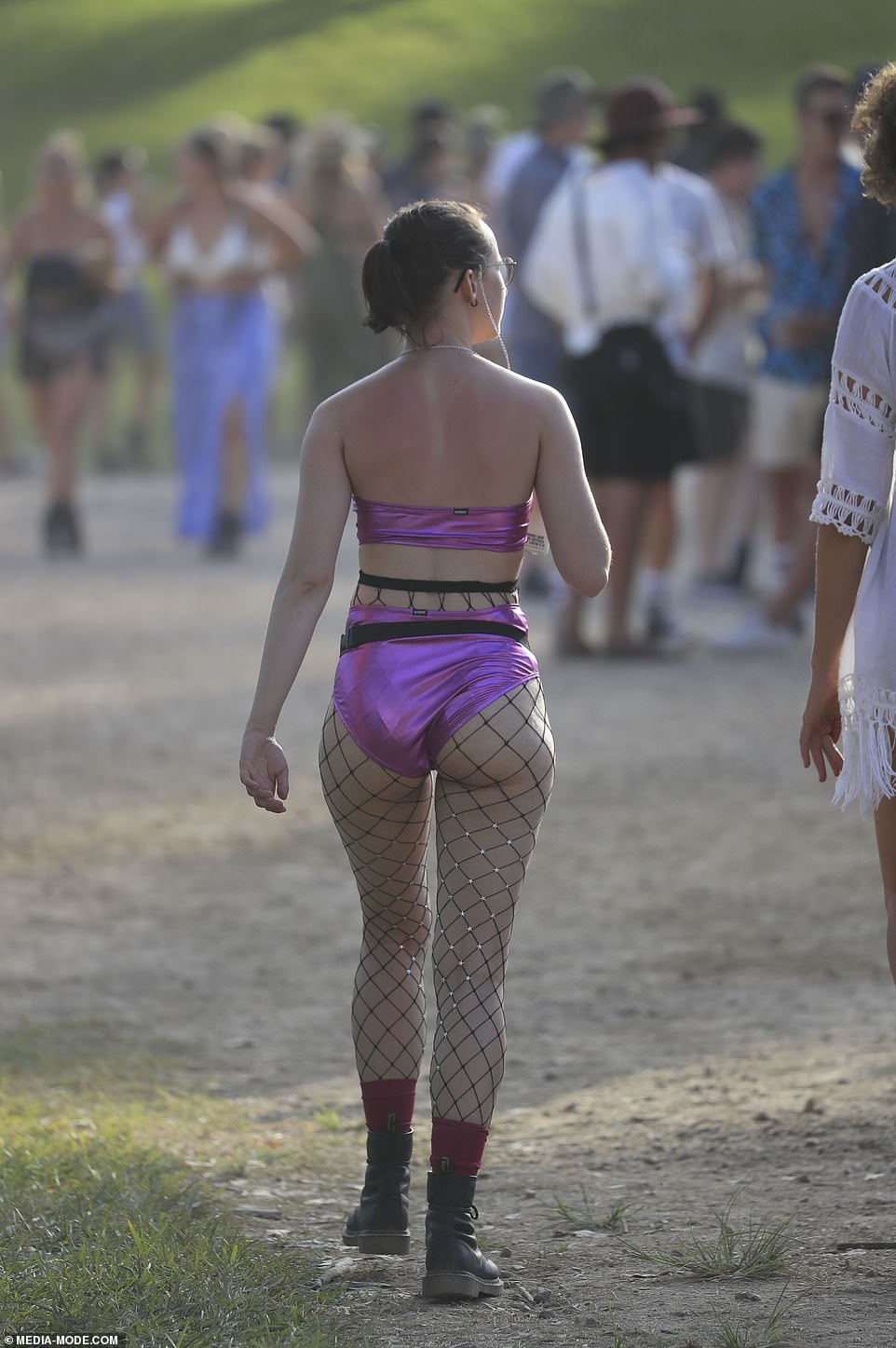 Flaunting their assets! Plenty of festival goers stripped down to the bare essentials as the grounds of Byron Bay continued to sizzle 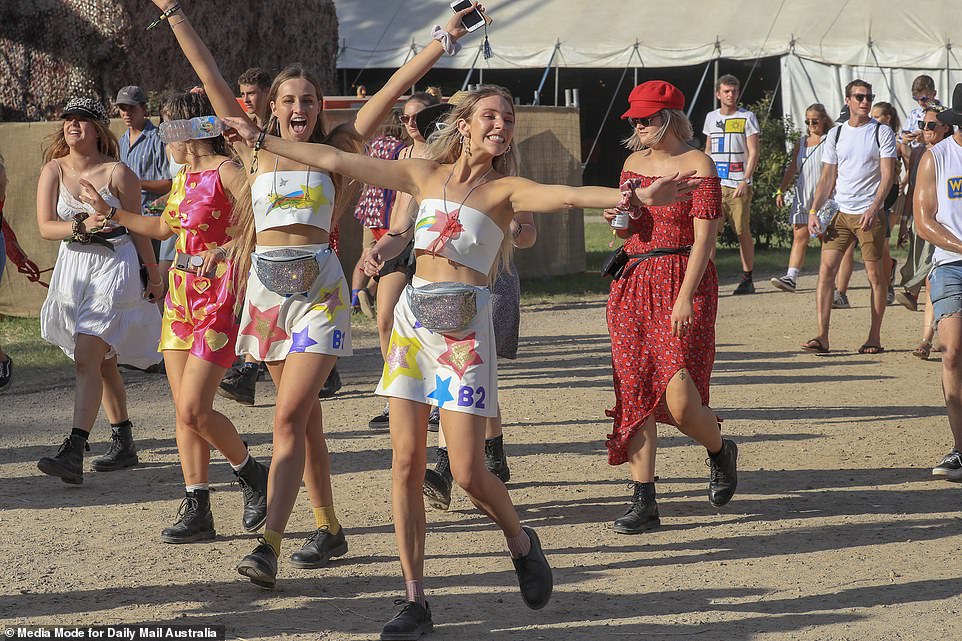 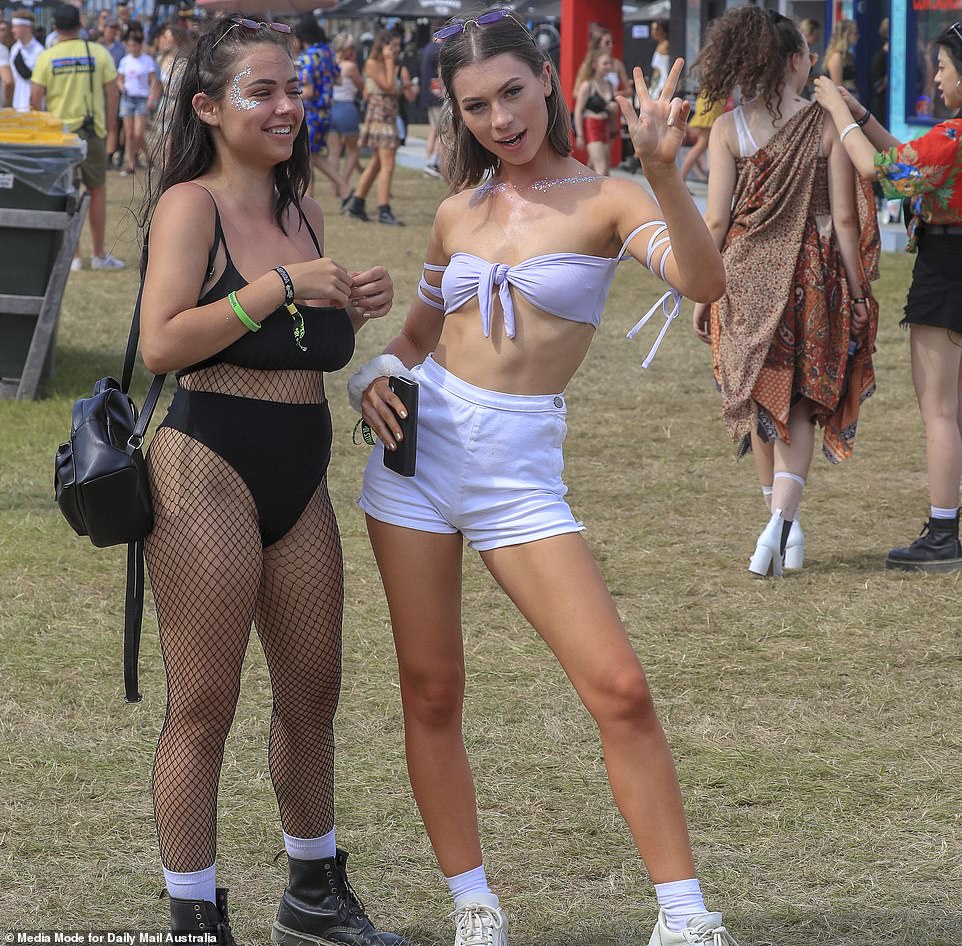 Yin and yang! These two partygoers looked like polar opposites as one donned an all white ensemble while the other opted for all black 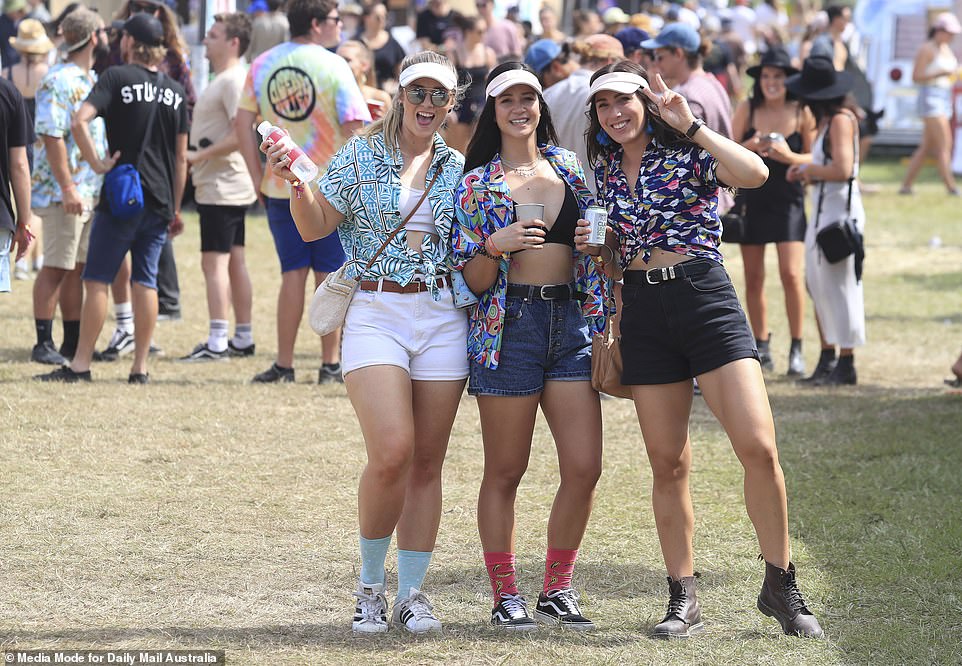 Sun safety first: This trio managed to remember to pack their matching hats and shielded their shoulders from the sun in their festive t-shirts

The power of friendship was ever present at the festival, with one girl boosting her friend up onto a colourful cow while another male stands by his friend who is being attended to by medics

In total, more than 20,000 people are expected to stream into the North Byron Parklands for festivities which will run until January 3.

However, the New Years celebrations come under a cloud of worry for many party goers with warnings being issued for those who may be tempted to take drugs.

Revellers at Falls Festivals in Byron Bay, NSW, Lorne in Victoria and Marion Bay in Tasmania being held this week, were sent a harrowing message from festival organisers warning them of the circulation of dangerous pills.