Twas the night before Christmas: Festive revellers hit the town in the parts of the UK they still can in last minute party before December 25

Hardy revellers across Britain have braved lockdown restrictions, freezing temperatures and even the mutant Covid virus to enjoy a few hours of freedom.

In York, a number of people dressed in festive garb were spotted in the city centre, though numbers were definitely down on previous years.

Several people posed, though with shops reporting massive decreases in footfall compared with last Christmas Eve, it was hardly surprising there were less people out at night. 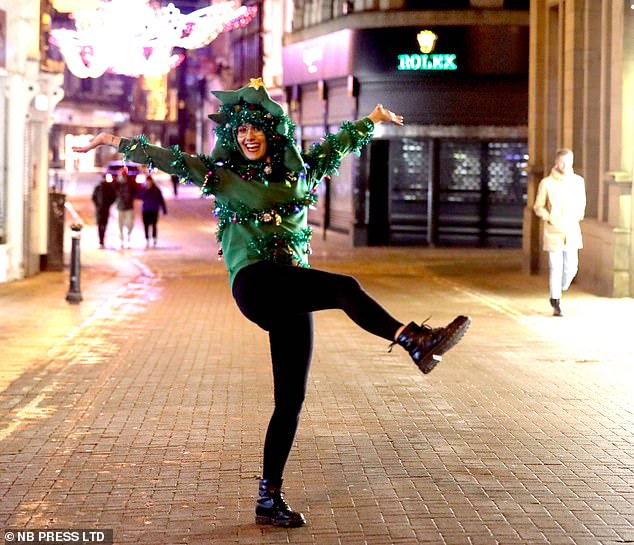 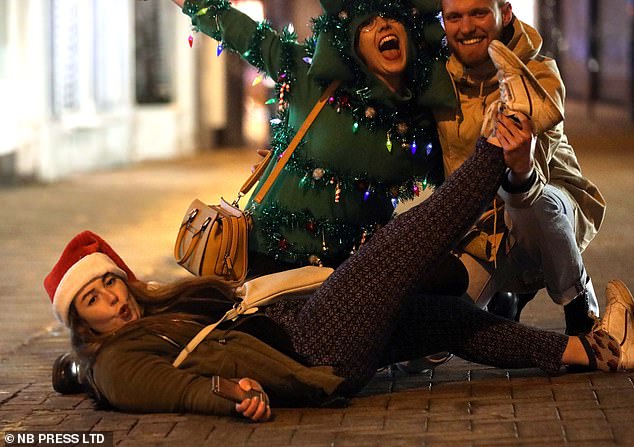 With bars and restaurants across the country closed and restrictions on meeting with people from other households, many decided to avoid going out 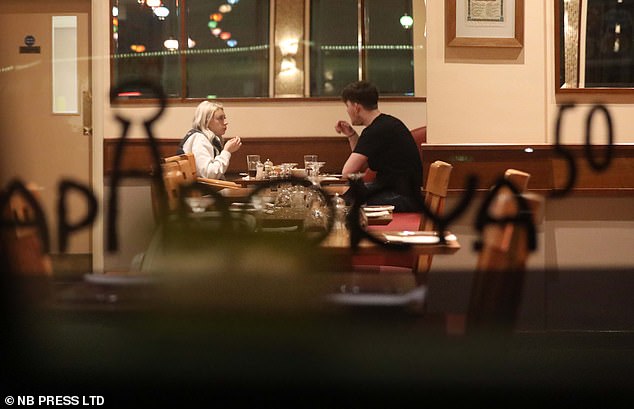 Millions more people will be under the toughest coronavirus restrictions from Boxing Day as the UK implemented a travel ban on South Africa amid concerns over another new strain of Covid-19.

Health Secretary Matt Hancock warned the ‘highly concerning’ new variant is believed to be more transmissible than the mutant strain that resulted in the creation of the new Tier 4 restrictions.

More than 40 per cent  of England’s population are settling in for lockdown conditions from Boxing Day after a further six million people were placed under Tier 4 restrictions.

Mr Hancock said the UK’s variant coronavirus was spreading at a ‘dangerous rate’ as he announced the measures, which include tough restrictions on mixing with people and the closure of non-essential shops. 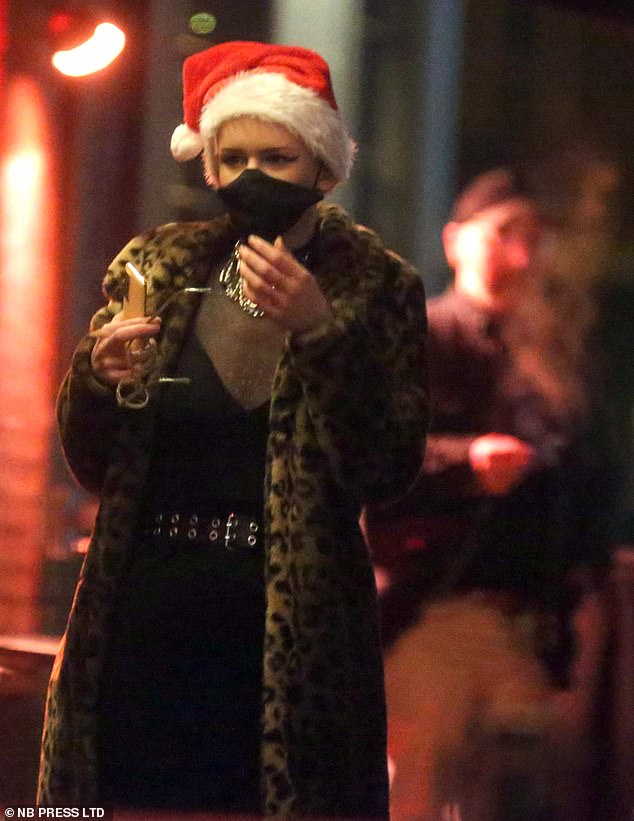 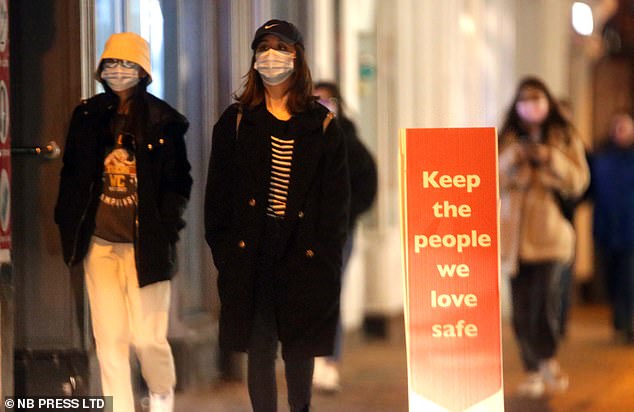 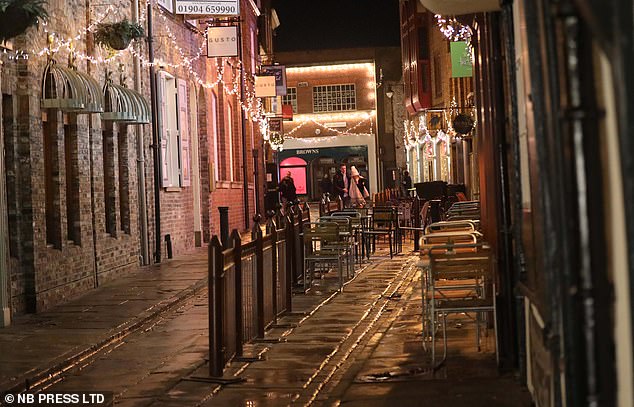 The changes were made as Government figures showed a further 744 people were reported to have died within 28 days of testing positive for Covid-19, the highest

Areas moving to Tier 4 from Boxing Day are: Sussex, Oxfordshire, Suffolk, Norfolk and Cambridgeshire, those parts of Essex not yet in Tier 4, Waverley in Surrey and Hampshire – including Portsmouth and Southampton but with the exception of the New Forest.

Tier 4 restrictions include a warning to stay at home, a limit on household mixing to two people outdoors and force the closure of many shops, hairdressers and gyms.

The measures come on top of Tier 3 restrictions such as the closure of pubs and restaurants except for takeaways and deliveries.

Bristol, Gloucestershire, Somerset including the North Somerset council area, Swindon, the Isle of Wight, the New Forest and Northamptonshire as well as Cheshire and Warrington will all be escalated to Tier 3.

Cornwall and Herefordshire move from Tier 1 to Tier 2.

The changes mean 24 million people will now be in Tier 4, or 43% of the population of England.

Northern Ireland confirmed a case of the new Covid-19 variant that was first detected in Great Britain on Wednesday evening. 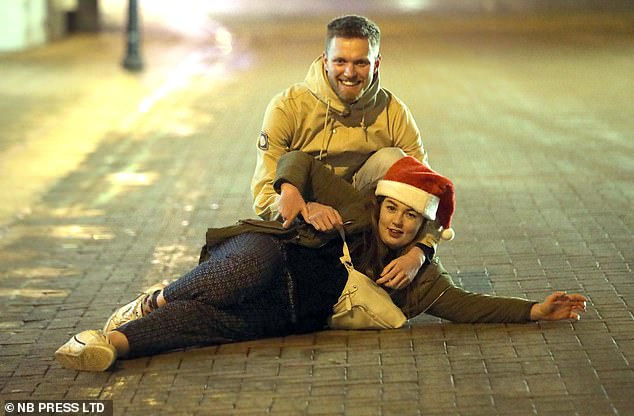 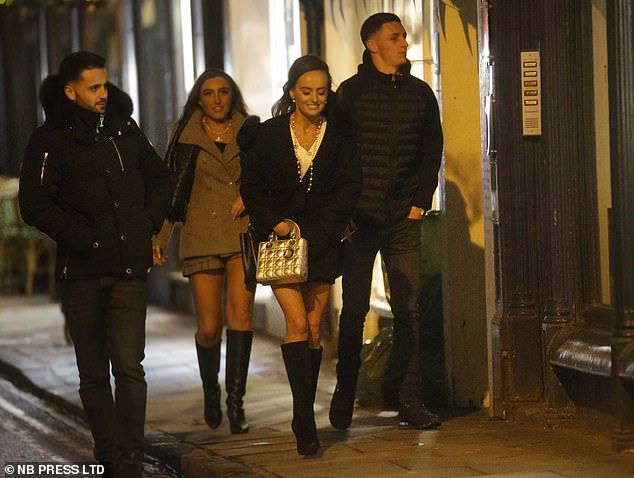 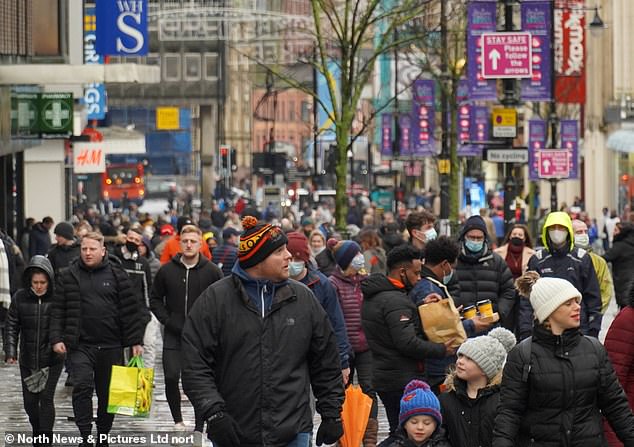 High street retailers have taken a battering this year in the wake of the Covid restrictions. Pictured is Northumberland Street today 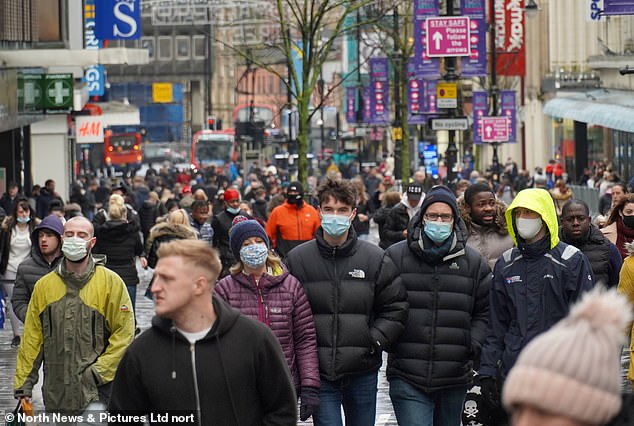 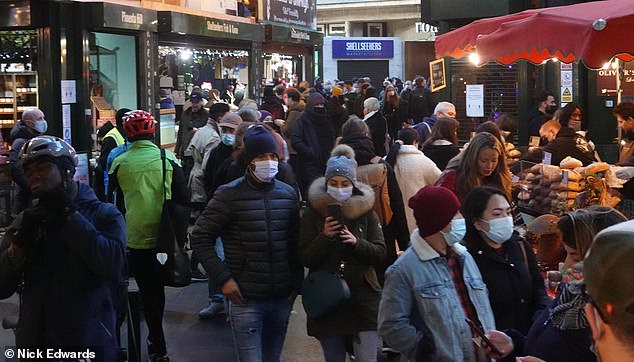 In Tier 4 areas overall footfall was down by 27% from last week, while in Tier 1 the number of people in town centres rose by a quarter, according to Springboard data 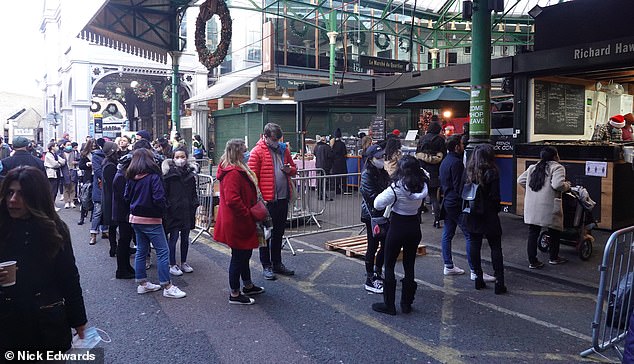 Footfall across all bricks and mortar retail sites in the UK was 40% lower today than on Christmas Eve last year, with central London seeing a 79% plunge following the closure of essential shops 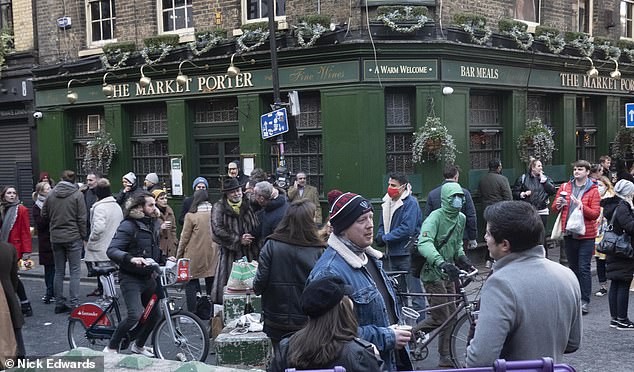 Businesses selling food are allowed to stay open for takeaways as they are counted as essential businesses. Pictured is the Market Porter, a pub inside the market

People enjoying a takeaway drink in Borough Market, central London, where there were thousands of visitors today