Chapel Hill, North Carolina: For retired Major-General James Grazioplene, being arrested and photographed in an orange jumpsuit in Northern Virginia this month was the latest humiliation following a lengthy military investigation in which the US Army charged him with rape, only to have the case dismissed on a technicality.

For his daughter and military prosecutors, it was something else: a second chance at seeing whether a court will convict Grazioplene of rape. 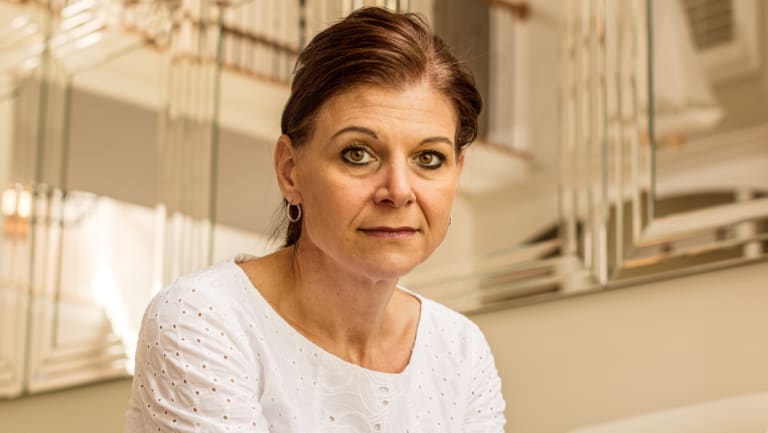 Jennifer Elmore says her father, retired Major-General James Grazioplene, raped her as a child.Credit:Photo for The Washington Post by Jeremy Lange

Jennifer Elmore, 47, said in an interview that she first reported to the army in 2015 that her estranged father had sexually abused her when she was a child. The service investigated for two years before bringing a case against Grazioplene in April 2017.

"Sometimes, it's just easier to shut your mouth," said Elmore, a senior vice-president with Abbot Downing, a division of Wells Fargo focused on wealthy clients. 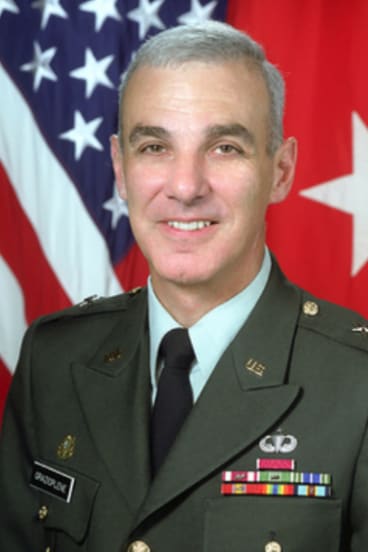 Retired Major-General James Grazioplene, seen here as a one-star general.Credit:Handout courtesy of the US Army

As a matter of policy, The Washington Post does not identify alleged victims of sexual assault, but Elmore said she wanted to tell her story and discussed it at length with the Post over the past seven months.

Five other people, as well as letters from the 1980s and 1990s, corroborated parts of Elmore's account. Those people included Grazioplene's sister, who said the general admitted years ago that he assaulted his daughter.

Grazioplene, 69, is among the few generals in modern history whom the army has attempted to court-martial. He retired in 2005 after a career that included stints as a commander within the 82nd Airborne Division and senior staff positions at the Pentagon. After retiring, he became a vice-president at the contractor DynCorp International but is no longer with the company.

He says he is innocent, but he and one his lawyers, Thomas Pavlinic, declined to discuss the case. Attempts to reach other family members, including his wife, son and other siblings, were unsuccessful.

"I will not comment," Grazioplene said in a phone call on September 6. "The charges are false and incorrect. Nope."

Last year, the army convened a hearing at Fort Meade, Maryland, in which Elmore testified. The service determined that there was enough evidence to hold a trial, but the case was dismissed because of a decision in another case – United States v Mangahas – by the US Court of Appeals for the Armed Forces.

It found that a five-year statute of limitations applied in the Mangahas case, which centred on an allegation of rape from 1997. A military judge, in response, dismissed the case against Grazioplene, saying the clock had also run out on prosecuting the general.

However, on December 3, a grand jury in Prince William County, Virginia, indicted Grazioplene on multiple counts of rape and incest, after a four-month investigation, and he was arrested in Gainesville, Virginia, on December 7.

There is no statute of limitations in Virginia on rape charges.

With a new case pending, Elmore and her attorney, Ryan Guilds, declined to comment further beyond what they said in interviews before the new charges were filed. Officials in Prince William and with the army also declined to comment on the case and on whether they were co-operating.

Elmore said her memories of abuse start when she was three years old. Her first recollection of it is her father molesting her while she was sitting on a washing machine in her maternal grandmother's home in LeRoy, New York, she said.

"It was just him and myself, and I can picture it. The laundry. The stairs. The stone," she said. "I couldn't understand what was happening, but I knew I was terrified."

Over the next 15 years, the family moved around as Grazioplene was stationed in New York, Kansas, North Carolina, Germany and Virginia. Elmore said the abuse escalated to include "night visits" to her bedroom.

The army charged Grazioplene with rape in the period from 1983 to 1989. Prince William authorities are focused on the years 1988 and 1989, when the family lived off-base in Woodbridge, Virginia, and Elmore was a high school junior.

The Grazioplenes moved back to Fort Bragg, North Carolina, before her senior year, and the abuse continued there, she said. She moved away in the summer of 1989 to attend Campbell University, a private Christian school less than 50 kilometres away. Elmore said she was in college before she first told others about what had happened to her.

One early confidant was Christopher Herring, a high school friend who had a "very short but kind of intense" period of dating with Elmore in the autumn of1989, he said. Herring, now an assistant professor at the University of Arizona, said she was sweet but sometimes sullen. He learnt from her at some point that she had been abused at home, he said.

"I didn't poke too much more into it because, quite honestly, I was probably afraid of what I might learn," Herring said.

"He said it was the worst thing he could have ever done to anybody, and that it was not happening still," Powley said. "To this day, I will die not knowing why my brother did this."

After college, Elmore took a financial job in Charlotte and grew increasingly estranged from her parents. She married and had a son but was divorced by the age of 30.

Two friends contacted by the Post – Nikki Cross of Durham, North Carolina, and Julie Adams of Mebane, North Carolina – said Elmore described being abused by her father while they were co-workers.

Cross said she worked with Elmore in a Durham office of financial services company Wachovia for a few years beginning about 2001, and they often talked about their Christian faith.

One day, Cross said, Elmore said she'd been sexually abused as a child and was considering going to a support group for victims at Crossroads Fellowship Church in Raleigh. She elaborated in later conversations.

"I was so floored," Cross said. "It's really hard to even go back and think about this, because it's just so deep and dark."

Adams said she grew close to Elmore as they opened the Abbot Downing office in Raleigh in 2011.

"She indicated that she had been sexually abused by her father, and I think that's as graphic as the details got at that juncture," Adams said.

Elmore remarried in 2006 and said she began considering reporting her father to authorities in January 2015. The tipping point, she said, was a phone call in which her parents again expressed frustration that she would not forgive them, as Grazioplene said, " 'The only thing worse that I could have done to you is murder you,' " she said.

Elmore's second husband, Michael Willauer, said they were in a car during the call, and he heard the conversation.

Elmore said she called Fort Bragg and, within hours, investigators asked her to come in for an interview.

The following day, she travelled to the base accompanied by Adams and years of evidence she said she had collected, including some letters that her mother had written to Powley, her aunt.

"Jim has … made an attempt at sexually molesting Jennifer," one 1986 letter from Ann Marie Grazioplene to Powley reads. "She was sleeping, thank God, and I caught him before he got started." Powley confirmed receiving it.

In a 1990 letter written from college, Elmore wrote to Powley and apologised for how she had "so bluntly revealed everything to you".

Elmore added that she felt she had "no right to feel that I could make such crude accusations and have you condemn Dad, as we both agreed I subconsciously wanted." Elmore's attorney showed the letters to the Post.

Speaking last spring, Elmore said she was grateful to the army for pursuing her case.

Her husband choked up while describing his wife's fight to be heard.

"It has been a progression, and it's been an attempt over and over again to honour the truth in countless ways," he said. "And being left with no other choice but this one."

"I want to be heard," she said. "I want to matter enough that the truth matters."