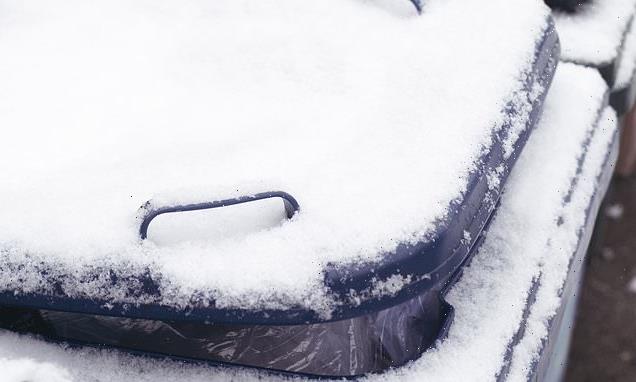 Furious residents have blasted council jobsworths after officials warned wheelie bins would not be emptied in the cold weather if the lids were frozen shut.

The borough council in Eastleigh, Hampshire, wrote on Facebook: ‘If it won’t open, it can’t be collected.’

It added: ‘With temperatures below freezing overnight for the next couple of days and crews out early to collect bins in the borough, it’s likely that your bin could be frozen shut when they arrive.

‘How can you help? If you get a chance, please check on the morning of your collection day that your bin will open.’ 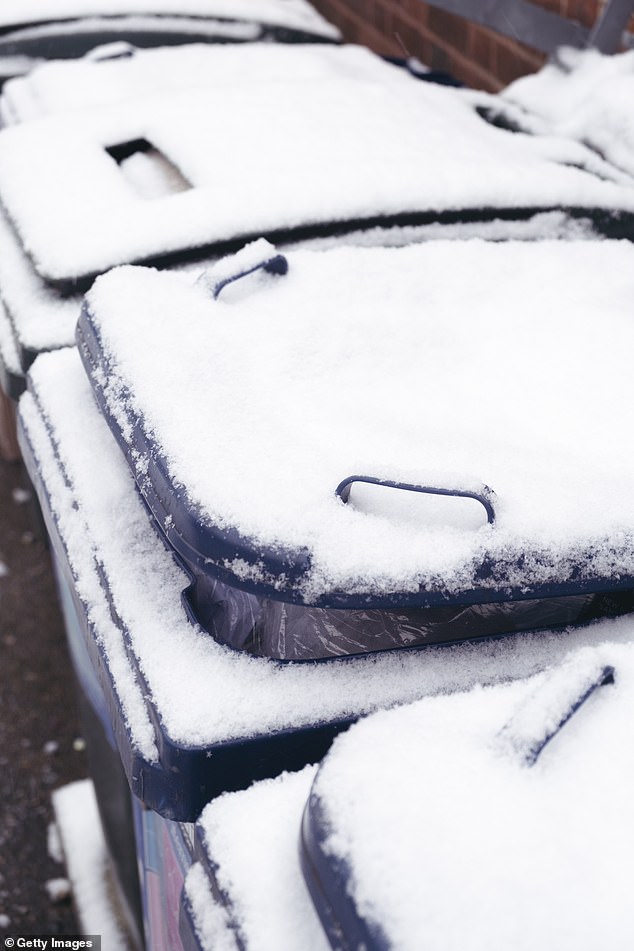 Officials warned wheelie bins would not be emptied in the cold weather if the lids were frozen shut. The borough council in Eastleigh, Hampshire, wrote on Facebook: ‘If it won’t open, it can’t be collected’

The council provoked further anger by responding to a backlash from residents with a message which said: ‘Our crews attend to over 11,000 bins every day and unfortunately do not have time to force large numbers of frozen bin lids open.

‘If we are unable to open your bin, we will return on your next scheduled collection day. We apologise for any inconvenience caused and appreciate your patience through the cold weather.’

Exasperated locals responded in droves to offer the Lib Dem-led council tips on how to resolve the bin lid ice crisis.

These included giving the lids a ‘sharp tug’, whacking the top, and asking bin crews ‘up North’ how they managed in ‘minus double figures’ every winter.

Carla Fenna wrote: ‘Is this for real? We take time to sort the rubbish in the right bin, clean the bins out of our own pocket, put the bins out in a suitable place, tidy them after you’ve basically thrown them back, and you can’t be a***d to give the bin lid a pull because it may be stuck?

‘If your bin lorries are frozen in the mornings, why don’t you let us all know and we’ll come round, turn the engine on, warm it up and scrape the windscreen for you.’

Mike McNamara posted: ‘Eastleigh Council, whoever dreamed this up should be embarrassed – winters happen every year.’

Jonathan Gale said: ‘I remember being a dustman when I was 16. No wheelie bins back in those days, just pure graft. Where’s the passion?’

In the Labour-controlled London Borough of Waltham Forest, one resident sent The Mail on Sunday a photo of a council contractor’s van that had skidded into a front yard.

She said: ‘It’s so dangerous with all the Christmas deliveries. We see four or five vans a day heading out of control into people’s gardens.’

‘It is simply not possible to grit everywhere,’ he added. ‘We prioritise the busiest areas to help keep pedestrians and traffic moving as safely as possible.’