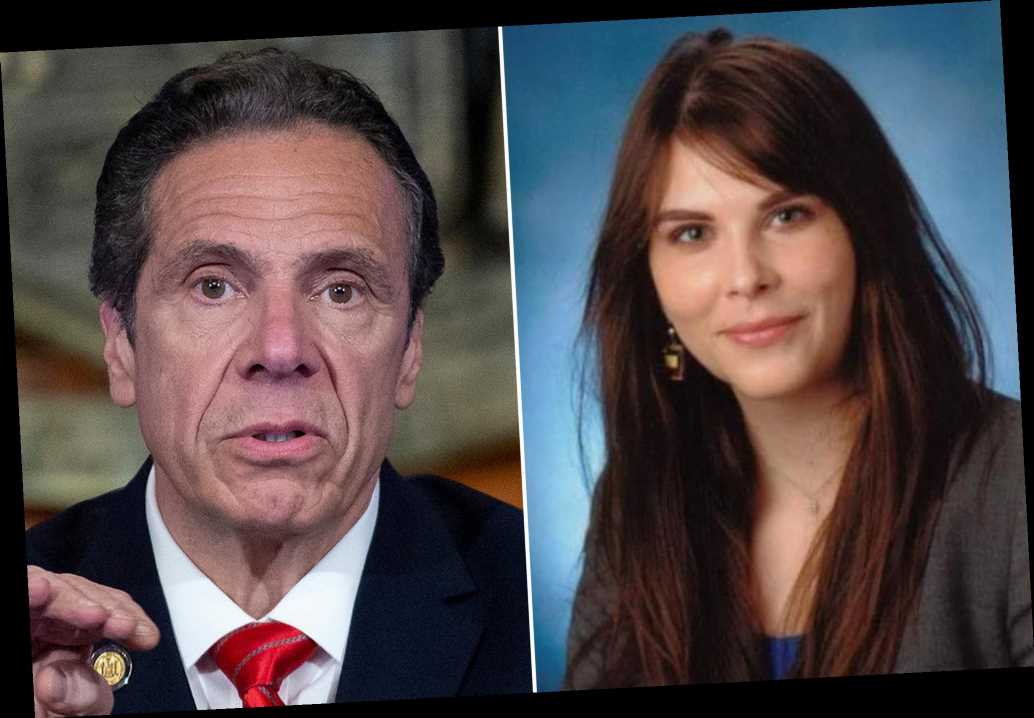 A reporter on Wednesday joined the growing band of women making accusations against Gov. Andrew Cuomo, insisting he made her “uncomfortable” with his “flirting” and “unwavering eye contact.”

Bloomberg reporter Valerie Bauman opened up about Cuomo’s flirting from when she was 25 and covering New York state politics for the Associated Press.

It was “a period marked by rampant sexism and sexual harassment,” she said in a statement shared on Twitter.

“Andrew Cuomo did appear to take an interest in me,” she wrote.

She said that their first meeting was at a press conference where he “made unwavering eye contact,” she said.

He was “actually starring to the point that I started blushing and looking around at people surrounding me, whose own facial expressions indicated, ‘Yes, ma’am, he’s looking at you,’” she wrote.

She says another reporter told her that Cuomo “‘beeline’ for me” after the presser.

“He took my hand, entered my personal space and looked into my eyes as he announced, ‘Hello, I’m Andrew Cuomo,’” Bauman recalled, saying photographers snapped pics as they spoke

“Afterward, a fellow reporter loudly observed that Andrew Cuomo seemed very into me. I was embarrassed, but least is wasn’t my imagination, I thought.”

She said that she started then getting “an unusual level of access” to Cuomo, and even a job offer.

“Cuomo’s office had a reputation in the press corps for ignoring requests and being very controlling about the public narrative around the attorney general. Yet, when I would call with simple question that and aide could easily answer, Andrew Cuomo would sometimes pick up the phone himself,” she wrote.

“He would greet me in a booming voice, repeating my name frequently,” she said.

However, he “danced around my tougher lines of inquiry” and asked her random personal questions,” she wrote.

“It felt like he was flirting with me, and I think that’s because he was,” she wrote, calling it “embarrassing and uncomfortable.”

She said Cuomo was only one of a number of men who made her “uncomfortable” in Albany, and said she had only waited to come forward as she did not feel her story compared to the “more severe cases” of accusations facing the embattled governor.

“To be clear: Andrew Cuomo never touched me inappropriately or said anything that I felt I could report to my boss. He did make me uncomfortable, as did a lot of men in Albany,” Bauman stressed.