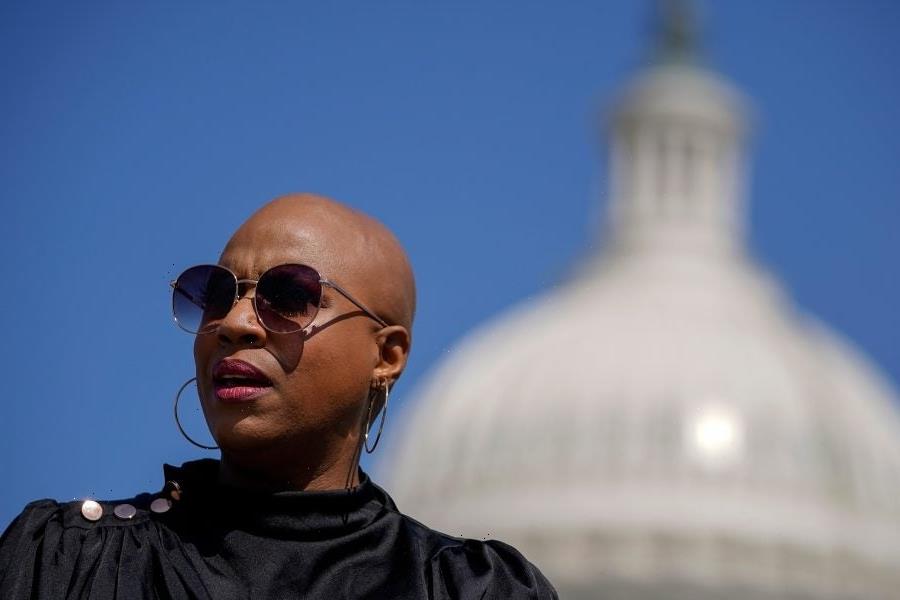 Congresswoman Ayanna Pressley (D-MA) is leading colleagues in re-introducing the Wigs as Durable Medical Equipment Act. The legislation aims to help individuals affected by alopecia areata as well as patients with cancer who are undergoing chemotherapy and experiencing hair loss.

Many private insurance plans cover wigs for those undergoing treatments that cause hair loss or who are affected by alopecia areata. This bill would allow cranial prosthetics (wigs) to also be covered under the federal Medicare program.

“Alopecia areata disproportionately affects Black Americans and particularly Black women, for whom the personal is political,” Pressley conveyed to ESSENCE exclusively. “Since I first revealed my alopecia diagnosis, I’ve been intentional about creating space and creating community for those of us who have medical conditions that impact our hair— and this bill is a continuation of those efforts.”

She added: “Every person living with alopecia, battling cancer, or facing another medical condition that leads to hair loss, should be able to access wigs and other head coverings. Our bill is responsive and sends a powerful message to these communities: we see you, you belong, and you deserve to be treated with dignity and respect.”

With no known cause or cure, alopecia areata is an autoimmune skin disease affecting approximately 6.9 million Americans. The disease disproportionately affects children and Black Americans.

Many individuals affected by alopecia areata use wigs as there are currently few effective treatment options. Such prosthetics can come with a significant out-of-pocket cost from $100 to several thousand dollars.

Congressman McGovern first introduced the bill in 2018 after a meeting with Mary Walsh-Aframe, who runs the Women’s Image Centers located in Worcester and Leominster, Massachusetts. His office says they discussed that many women are looking for wigs due to hair loss after cancer treatment – specifically breast cancer. Many were on Medicare and struggled to afford a wig, sometimes even choosing different treatment paths to avoid hair loss.

In 2019, Rep. Pressley revealed via video that she had been diagnosed with alopecia universalis, an auto-immune disease which attacks the hair follicles. Since then, she has championed policies in Congress that support and express solidarity with those living with alopecia.

Groups such as the National Alopecia Areata Foundation (NAAF) applauded the measure, noting it impacts some 6.9 million Americans affected by alopecia areata.