Indigenous dogs roamed Jamestown in the early 17th century and out of desperation during harsh winter months, some colonists ate them, researchers have proven.

A team of archaeologists at the University of Iowa were able to extract DNA from remains found at Jamestown and confirm that they belonged to ancient dogs that were likely wolf or coyote-sized.

It’s the first time proof has ever been found that Indigenous dogs were at Jamestown in the 17th century.

The bones are part of an artifact collection owned by Jamestown Rediscovery, part of the historic preservation group called Preservation Virginia.

“They have lineages reaching back to some of the earliest introduction of dogs to North America, so around … 13,000 years ago,” said Ariane Thomas, a PhD student at the University of Iowa.

News of the discovery was first published in the spring, when the team only had DNA from two dogs at Jamestown.

Since then, the team has added a third dog to its project whose DNA closely relates to remains found at a large Native American archaeological site called the Hatch site, said Thomas.

The Hatch site spans back at least 1,000 years and is located about 20 to 30 miles southwest of Jamestown, said researchers from the University of Iowa and Jamestown Rediscovery.

The team wants to learn more about when European dog lineages replaced Indigenous ones. The findings are the first step in figuring this out. 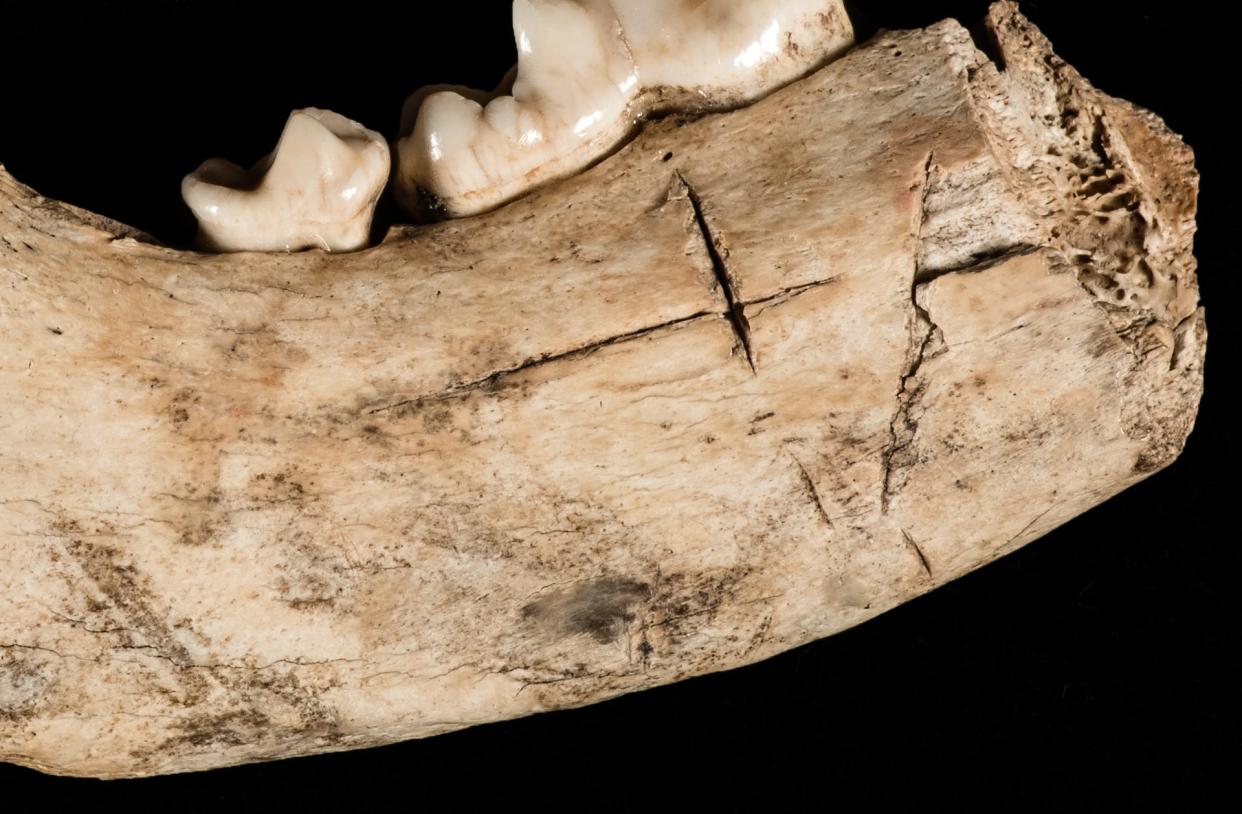 An ancient treasure trove:Looking back at the King Tut tomb discovery 100 years later

Ancient Indigenous dogs were smaller than dogs we know today

Michael Lavin is director of collections at Jamestown Rediscovery. He said the research archaeology program was started in 1994 and has recovered over 3 million artifacts related to the first settlement in May 1607.

Thomas said she asked to research the remains because she wanted to answer questions about how Indigenous dog lineages were replaced by European ones, including whether they were killed or bred with European dogs.

Jamestown seemed like the perfect place to find this out since it’s the first permanent English settlement in North America, Thomas said.

Thomas’ team looked at the maxilla, or the upper part of the dog’s jaw, because those tooth roots are best for DNA sampling, and researchers were able to pull samples from three specimens.

The team’s research is pretty significant because previously, archaeologists weren’t sure whether the dog remains they found were English or European, nor did they align with any known European dog breeds, the researchers said.

Dinosaurs:‘Exceptionally rare’ discovery shows a dinosaur ate a mammal around 120 million years ago 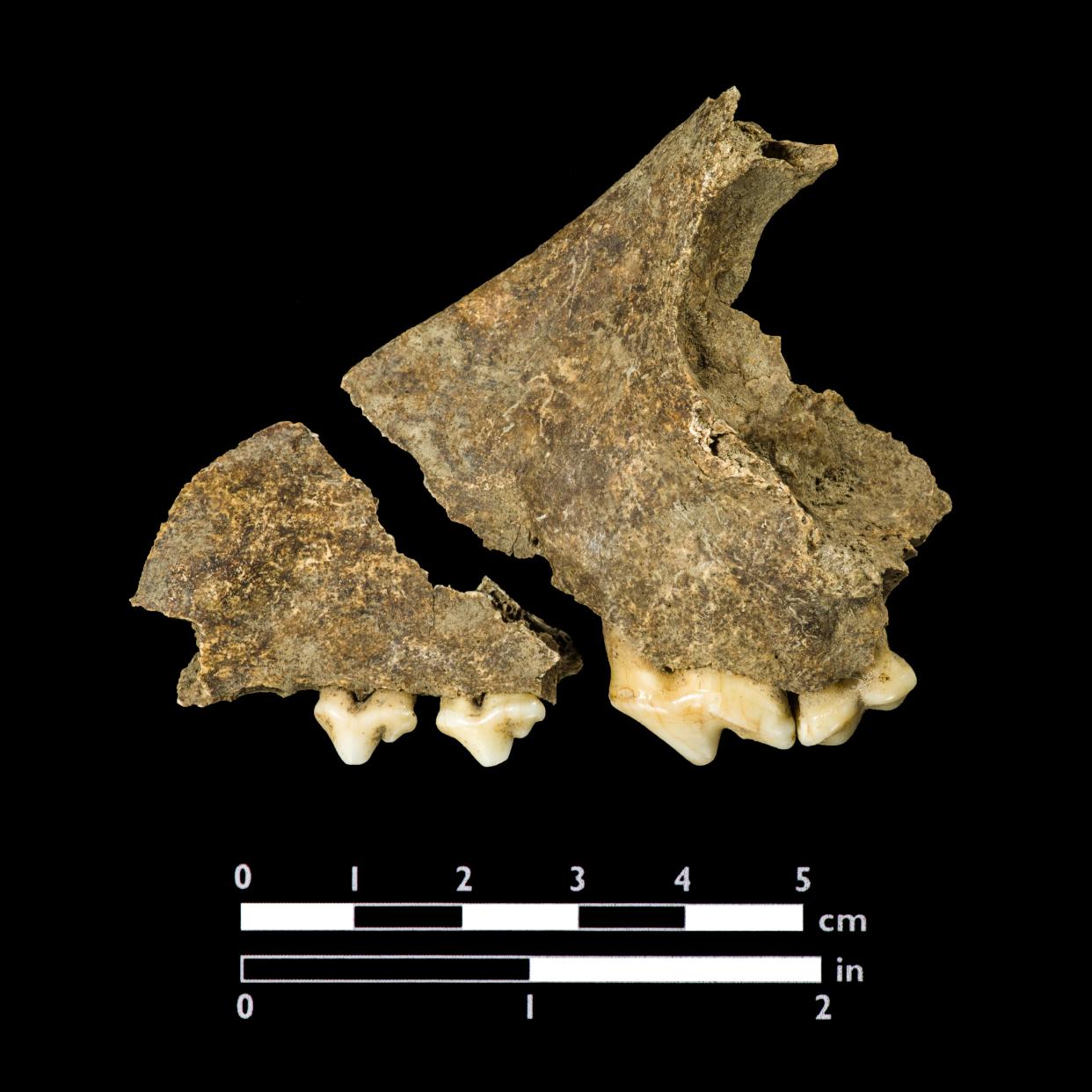 Lavin said some of excavations have led researchers to find items related to “the starving time” or the winter of 1609 to 1610.

It was one of the darkest, most difficult periods in Jamestown history. While there were originally 340 to 350 people in the colony, only about 60 survived the starving time due to a drought and other factors, he said.

“They resorted to eating some of the taboo foods, so their horses, dogs, cats, rats, and even humans,” he told USA TODAY. “After (humans) died, they resorted to survival cannibalism. This dog story is just further evidence of that horrible winter.”

Matthew E. Hill Jr., associate professor of anthropology at the University of Iowa, said that even later in Jamestown, there is evidence of butchery and people eating dogs.

He cautioned that it’s not as if dogs were a staple in the colonists’ diets though. It was during periods of great stress.

Hill said the dogs the team looked at were likely village dogs that native people used to hunt birds and deer. Their scent-tracking was especially helpful.

Thomas also said there is proof that colonist leaders gave a white greyhound to Powhatan, the Chief of Native Virginians.

“The gift came from King James I, but I don’t think there are many other instances of dogs as gifts that have been reported,” Thomas said.

Researchers have not determined whether the Indigenous dogs discovered at Jamestown were gifts or traded between Native Virginians and the colonists, she said.

“Both are possible. It is also possible that the dogs were around humans, although not necessarily regarded as pets as we would consider them today.” Thomas said. “The dogs may have traveled to Jamestown with Native Virginians and stayed there without direct human intention or interference.”

The research is ongoing and the findings about ancient Indigenous dogs are helping the team piece together the role dogs played in the country’s early years.

Saleen Martin is a reporter on USA TODAY’s NOW team. She is from Norfolk, Virginia – the 757 – and loves all things horror, witches, Christmas, and food. Follow her on Twitter at @Saleen_Martin or email her at [email protected].